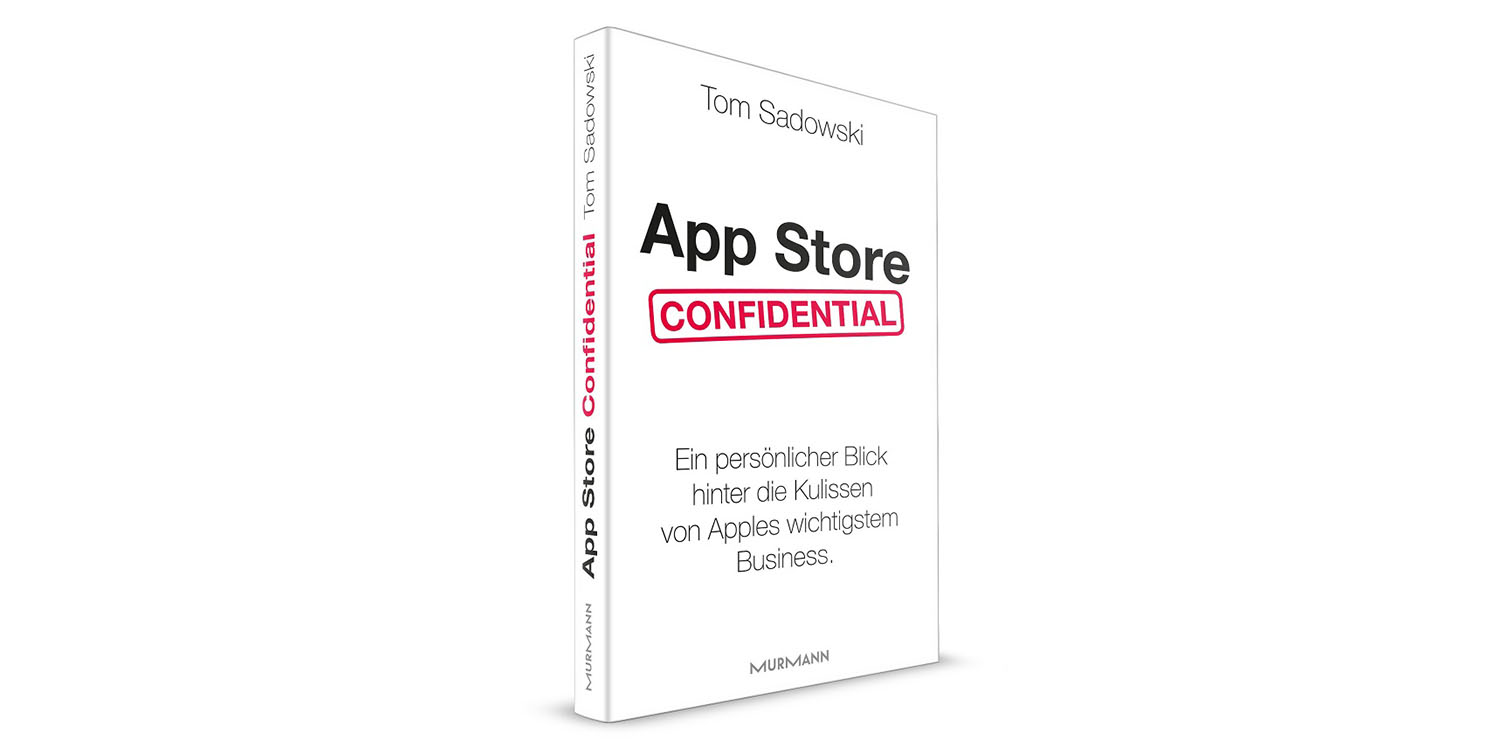 Apple has issued a cease-and-desist letter to the author and publisher of a new book App Store Confidential, claiming that the former Apple manager reveals business secrets.

The German-language book was published yesterday as an ebook and paperback.

Focus reports on Apple’s attempt to block distribution and sale of the book.

Apple is trying to take action against the publication of a book written by a former German manager of the group. The iPhone giant claims confidentiality and sees significant violations of the employment contract.

According to information from the weekly newspaper “Die Zeit”, Apple believes that the manager Tom Sadowski’s work reveals “business secrets” that are “of considerable economic value” for the company. The book, published by Murmann Verlag in Hamburg, entitled App Store Confidential is a personal testimonial from former manager Tom Sadowski, who headed the App Store’s German business until November 2019. He denies disclosing business secrets in his book.

In a letter, Apple’s lawyers told Sadowski and the publisher to “stop (to) deliver the book” and “recall (to) all copies of the book already in circulation and to destroy (and) destroy all book manuscripts”. Murmann and the author resist this. They have not signed Apple’s injunction.

Apple told us that Sadowski had breached his contract of employment as an App Store manager, which the company applies ‘equally and fairly’ to all employees.

Apple has long promoted a free press and supported authors of all types. While we regret the way this longstanding Apple employee violated our working relationship, his actions left us with no other option but to terminate his employment — a decision agreed upon by the works council. All workers should have the reasonable expectation that employment policies will be equally and fairly applied and all companies should have the reasonable expectation that their business practices will be kept confidential.

Not everyone who has read the book seems to agree with Apple that any secrets were revealed. EN24 says that the content of the book is a mix of the ‘banal’ and the ‘obvious.’

Apple’s allegations when reading Sadowski’s book are not entirely understandable. The author reports on his personal experiences and mostly reveals only the obvious (“1. Enrich people’s lives. The app must enrich the lives of users. 2. Monetize. The app must convert users into paying customers.”). Overall, the book is more of a field report than an in-depth business analysis.

Often the content of the book is just banal (“My colleague at the time and today’s Sony Germany boss Patrick not only had a very good nose for this, but also the appropriate cojones to push through the project internally.”). It is conceivable that Apple is bothered by passages in which the author reports, for example, feedback from the company’s headquarters.

As the site suggests, it seems the publicity is more likely to boost sales of the book than to limit its readership. The book currently remains on sale on Amazon, only in German, with the Kindle version costing $14.57 and the paperback $18.59.