The largest public iOS developer community survey wrapped up last month and the results are now live. Among the findings, the survey of over 2,000 Apple devs highlights how Swift is doing, how much interest there for each of Apple’s platforms, what revenue models are most popular, and much more.

Indie iOS developer Dave Verwer put together this public iOS developer community survey. Here’s why he felt it was important to do:

As developers, more and more of our interactions happen on the internet, and that can be problematic. Twitter and other social networks are echo chambers, and it’s easy to be influenced by the voices of prominent members of the community. That’s not always a good thing, and I know I’m part of the problem! The fact that so many of you read my words every week is a responsibility I take seriously.

It’s all too easy to read something on the internet and take it as truth. Have you ever found yourself wondering whether the app architecture you use is good enough because you hear someone talk about MVVM, or VIPER, or some other architecture that could equally be a number written in roman numerals? 😂

This survey is a unique chance to find out what the whole community thinks about the state of Apple platform development, not just a few people. That’s why I created it.

When it comes to Swift, respondents were quite pleased overall with Apple’s programming language earning an 8.3/10 average score. 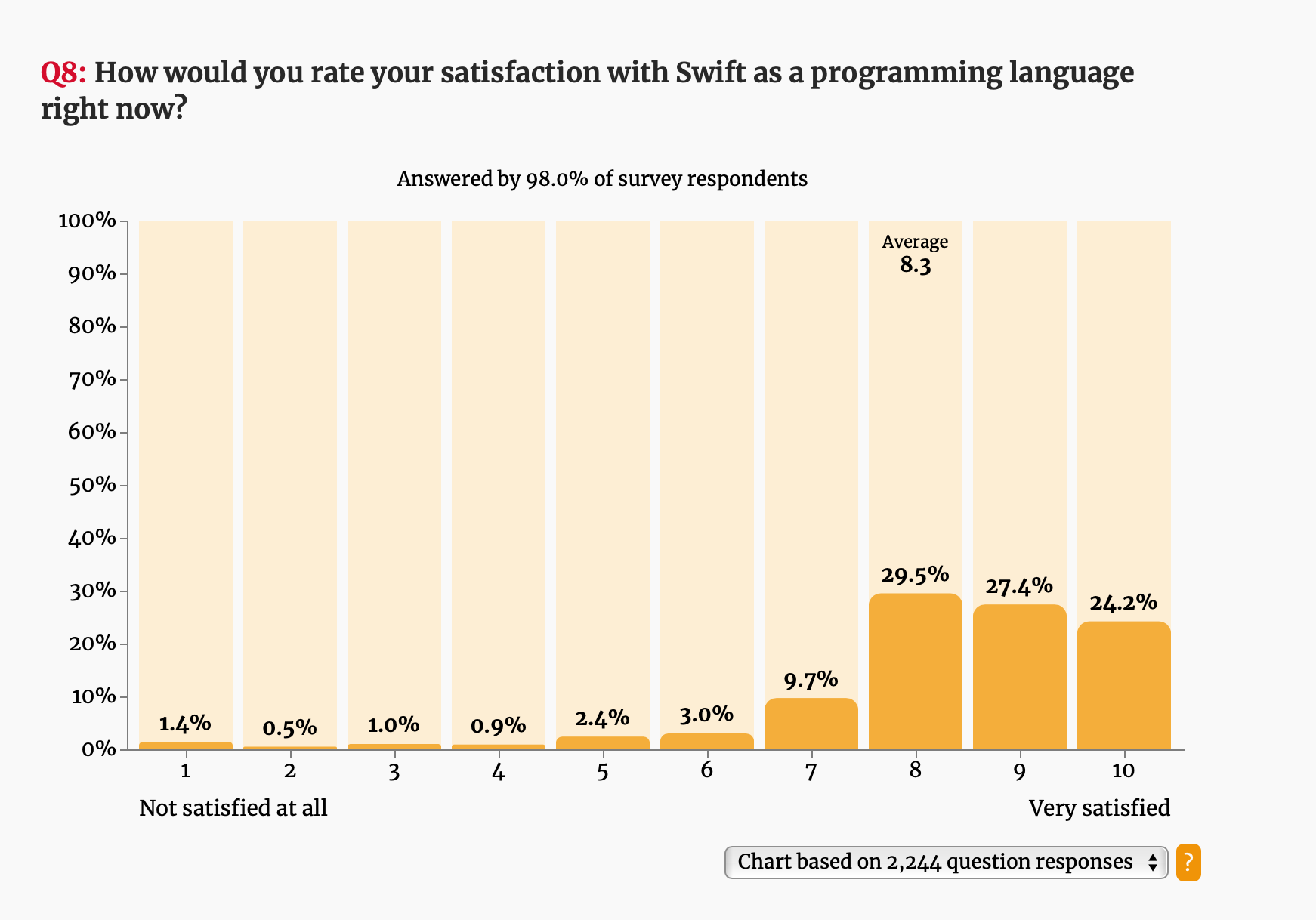 No real surprise here, but when it came to the interest in developing for iOS on both a personal and business level, developers said it ranked high, 8.5/10 on average for businesses.

Those levels dropped to 3 for Mac and Apple Watch development interest, 4.9 for Apple Watch, and 2.3 for Apple TV from a business perspective. The numbers were a bit higher when rating from a personal interest.

Interest was also low at 3.3/10 for business interest in AR tech “with today’s hardware.”

For the most popular revenue models, free came in first with 40% of votes, followed by subscription, paid up front, and free + in-app purchases. 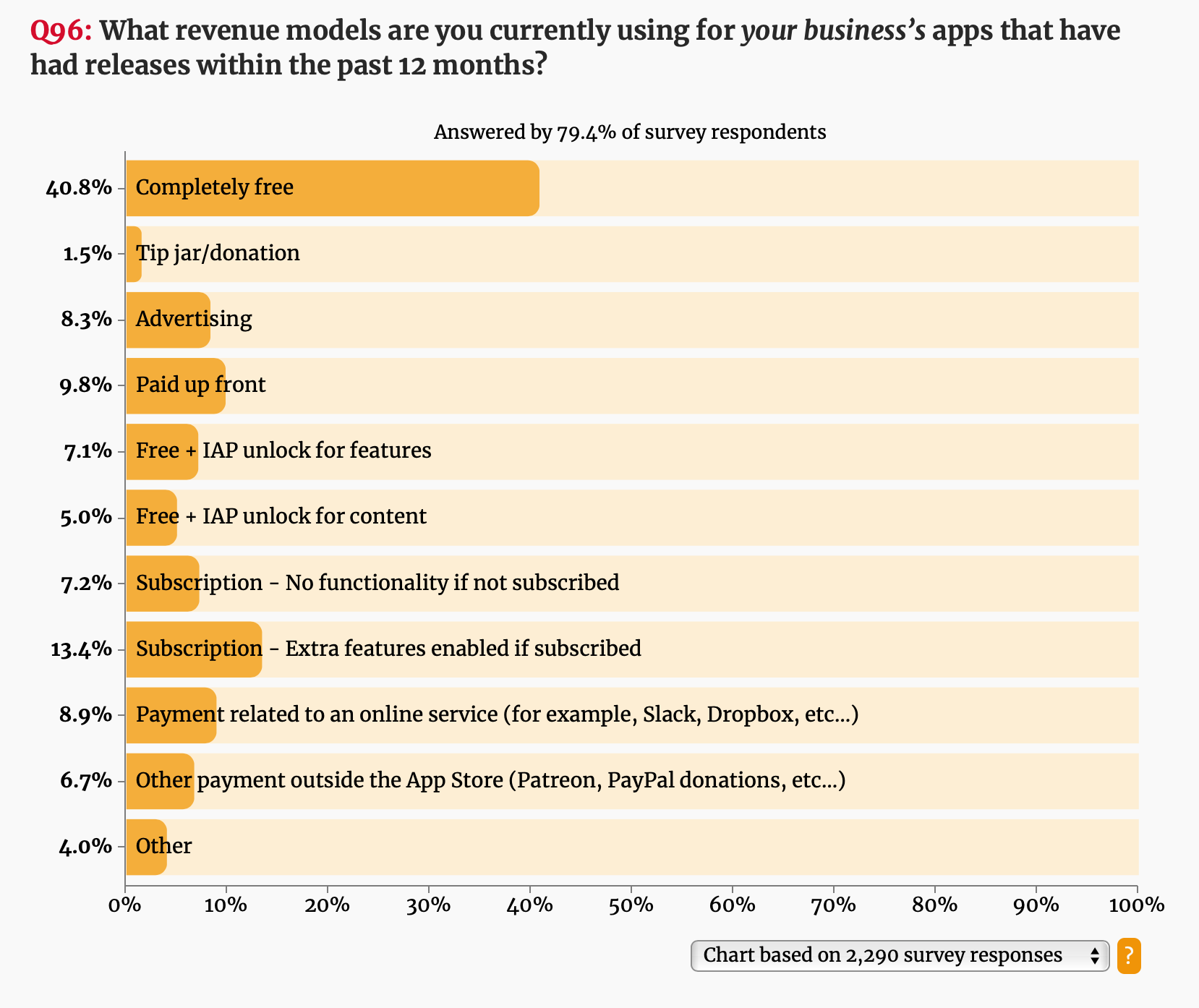 You can check out the entire survey results here for more details.