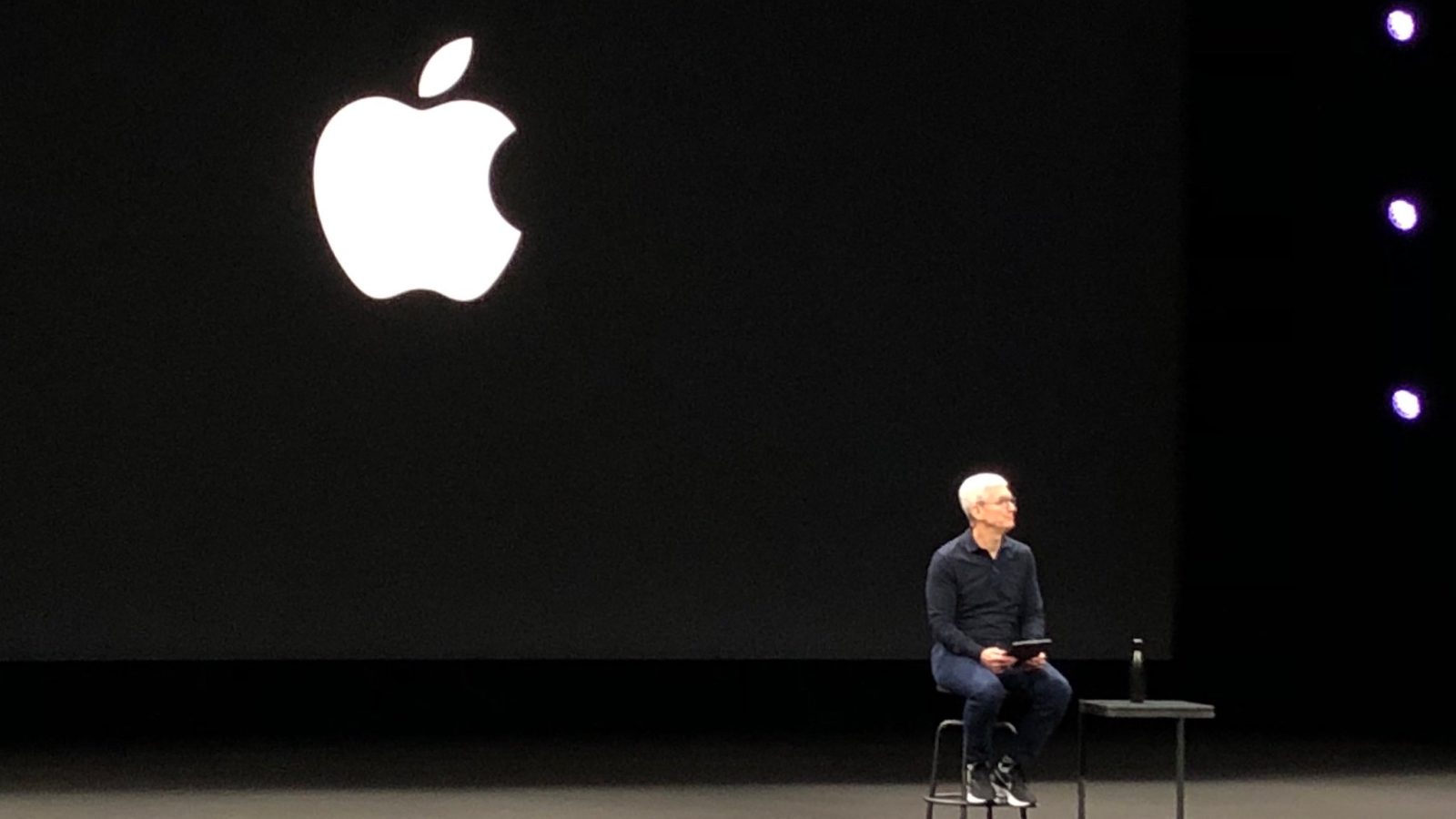 Apple held its annual shareholders meeting today at Steve Jobs Theater. While the yearly event is usually relatively light on news for consumers, it serves as an opportunity for shareholders to hear directly from Apple executives, including Tim Cook. Here’s everything you need to know.

One important thing to keep in mind is that proposals and questions from shareholders aren’t always the most technically inclined. Instead, you get a lot of broad, general, and oftentimes misinformed questions and proposals.

The event is held at Steve Jobs Theater and Apple shareholders are invited to attend. Apple opened registration last month, but the event reached capacity relatively quickly, and Apple notified registered attendees via email. This year, Apple also issued a warning to attendees about the ongoing coronavirus outbreak.

Tim Cook kicked off the APPL shareholders meeting, welcoming investors and board members, such as Al Gore, to the meeting. Cook did not chair the formal part of the meeting.

Shareholders voted on six proposals at today’s meeting. One of the proposal focused on requiring Apple to report whether it had “publicly committed to respect freedom of expression as a human right,” specifically as it pertains to the company’s relationship with China.

The shareholder proposal on freedom of expression focuses on Apple’s 2017 removal of virtual private network apps from its App Store in China. Apple opposes the proposal, saying it already provides extensive information about when it takes down apps at the request of governments around the world and that it follows the laws in countries where it operates.

The proposal was defeated at today’s meetings, as is unsurprising for a proposal opposed by Apple leadership. Other proposals for tying executive pay to environmental metrics and proxy access were also defeated. The other three proposals were approved:

After the proposals portion of the meeting, there were comments from Tim Cook, as well as a question and answer section for AAPL shareholders. During this Tim Cook, touched on Apple TV+ and the one-year free trial Apple is offering to hardware buyers. “It’s absolutely crazy that we did this, but we did do it,” Cook said.

The Apple CEO also addressed the coronavirus outbreak, reiterating that Apple’s “first priority is the health and safety of employees and partners and the communities we’re in.” From a business perspective, Cook said that it’s still a “fairly dynamic situation” and “a challenge” for Apple.

As for Apple’s environmental efforts, Cook said that Apple’s ultimate goal is to “create an Apple product without taking anything from the earth.” Cook explained, “This is one of those things people say you can’t do; we’re going to find a way to do it.”

As you would expect, Cook wouldn’t go into detail about any of Apple’s future plans. “We’re investing in a whole lot of things, most of which I can’t tell you about, but they are really cool.”

One shareholder wanted to know whether Apple would consider holding its annual meeting at a larger venue, so more investors could attend. Cook explained that Steve Jobs Theater is the largest venue Apple has and that the event would “lose some of its specialness if it wasn’t on the Apple site.”

Another shareholder asked why Apple didn’t acquire the rights to the Friends reunion, which is coming to HBO Max. “It’s not what Apple TV Plus is about. It’s about original programming. It doesn’t feel right for Apple to just go out and take a rerun,” Cook said.

Cook was also asked about Apple’s work with investigators in the Pensacola shooting. The Apple CEO explained that Apple has been “extremely cooperative, but that “you can never have a back door just for the good guys.” He also said, “don’t think for a second that we have something that we’re not giving.”

Tim Cook asked about dispute with DoJ/FBI on unlocking iPhones:

“In essence the question is should Apple have a backdoor, or the should government, into your iPhones. And we say no. (applause)…You put a backdoor in your house and anybody can come in. A phone is the same way.”

Apple’s continue health projects were also a popular topic at today’s meeting. One investor asked whether Apple would only work on health projects that had a clear return-on-investment, but Cook poised out that Apple does many health projects already with no ROI.

“The big idea is to empower people to own their health. For so long all of us have depended solely on a doctor… but it’s the patient that should own the data. That’s what we are trying to do,” Cook explained.

AAPL shareholders also asked about the iPad’s software at the meeting, and why it lags behind the iPad hardware. Apple software chief Craig Federighi chimed in here. “If you like what you’ve seen us do with iPadOS, stay tuned, we’re going to keep working on it.”

Last but not least, Cook confirmed that Apple will open its online store in India this year, with plans to open its first retail stores in the country during 2021. Cook said that it had to seek special approval for this because the Indian government wanted it to work with a partner. “We wouldn’t be a very good partner in retail. We like to do things our way.”

Apple's shareholder meeting just closed. Tim Cook fielded *no* questions at all about the coronavirus or the impact on Apple's business.

.@tim_cook speaking on #coronavirus at @Apple shareholder meeting: "Our first priority is the health and safety of employees and partners and the communities we're in." $AAPL

Management proposals all approved by @Apple investors. Shareholder proposal #4 gets healthy vote. @ZevinAssetMgmt’s proposal #5 w good vote for first year. And amazing support for @SumOfUs prop on #humanrights & free expression! Lots of signals to $AAPL board. All is not well. pic.twitter.com/1dL6rysmmb

I’m here at the @Apple shareholder meeting to challenge the tech giant on labor standards, #humanrights, and workforce inclusion. What would you ask CEO Tim Cook? $aapl pic.twitter.com/7FbRhfUVVG

Apple shareholder meeting today at Apple Park — last year it featured such wisdom as ‘how do I get a second hand on my Apple Watch’.