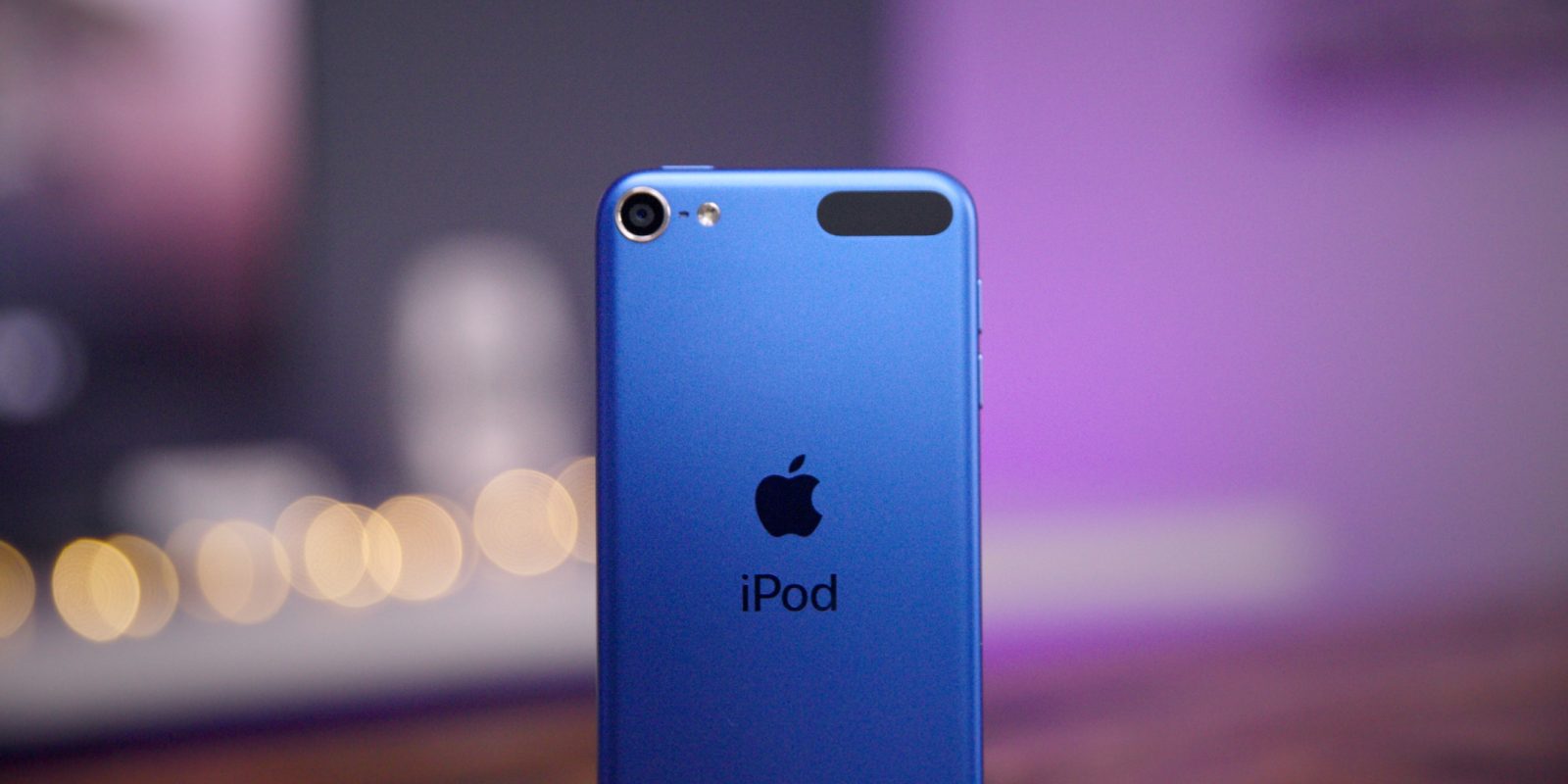 It’s been about eight months since I first reviewed the 7th-generation iPod touch, and since that time both iOS 13 and Apple Arcade, two releases that significantly affect the hardware, have been released. How well has the iPod touch 7 held up since that time, and should you still consider an iPod in 2020? Watch our latest hands-on episode of the Rewind for more details.

The most compelling characteristic of the iPod touch is its price. At just $199 for the entry-level 32GB model, this is still the cheapest way to get a brand-new device that runs the latest version of iOS. Of course, the 2019 iPad 7 is also relatively inexpensive (review), and can often be found for around $250, so choose wisely.

But where the iPad 7 can’t compete with the iPod touch 7 is when it comes to size, assuming you prefer smaller devices, or if used by children with smaller hands. This is the most portable iOS device that you can buy today — it’s the same size as Apple’s venerated iPhone SE, but noticeably thinner. You can easily stick it in a jeans pocket and totally forget that you even put it there.

With just a 4-inch display, the iPod touch isn’t all that great for consuming video content, or performing tasks like editing videos, but that goes without saying. But as I conjectured right around its release last summer, it could possibly make for an ideal Apple Arcade machine for on-the-go gaming.

First and foremost, the iPod touch features an A10 Fusion system on a chip. This chip is several years old now, and debuted with the release of the iPhone 7 way back yonder. Since then, the chip has been repurposed for devices like the aforementioned 7th-generation iPad. 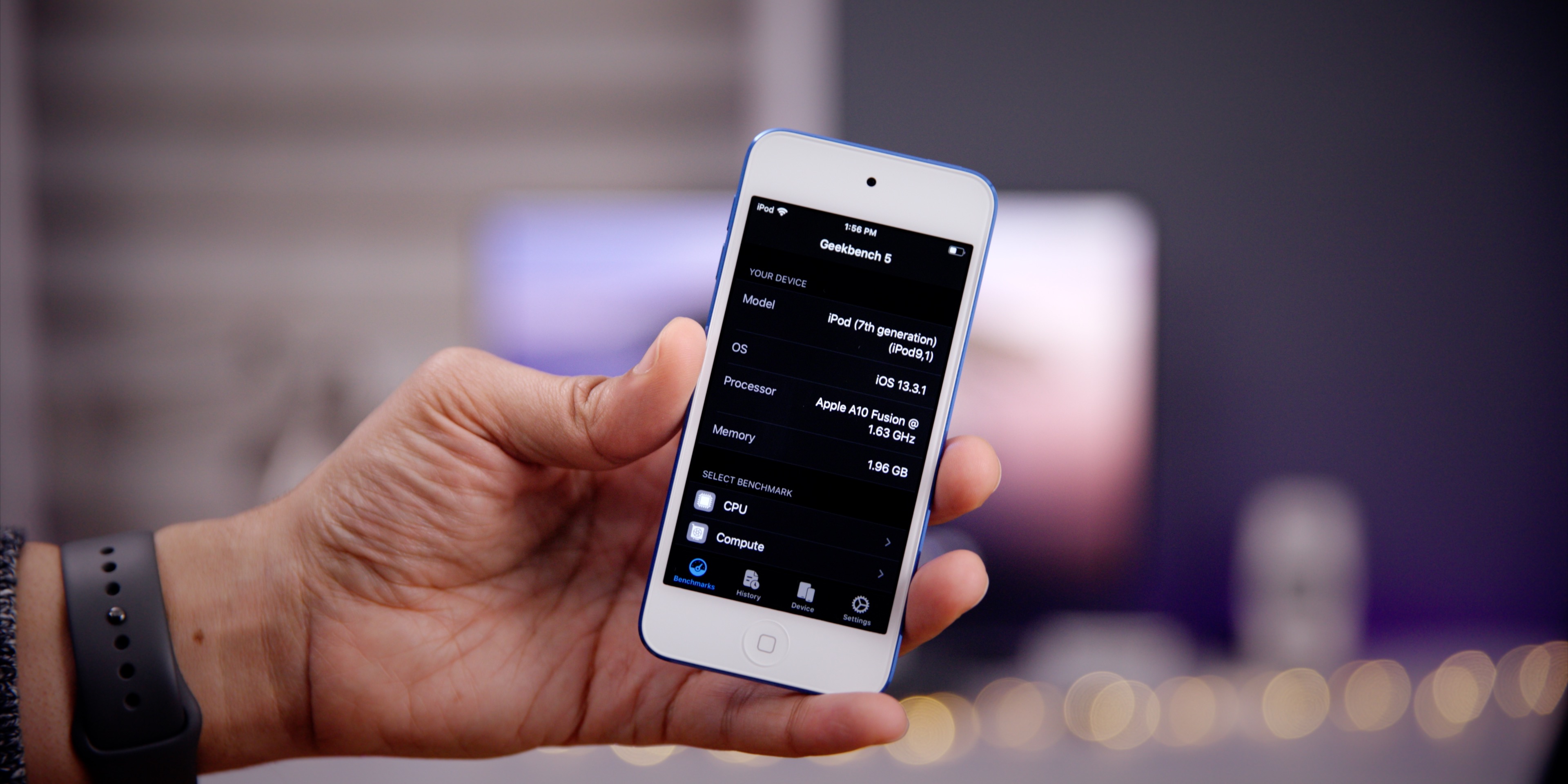 If the A10 Fusion, while not on the same playing field as current A-series chips, does well enough to power the 10.2-inch iPad, then it should be powerful enough to drive iOS 13 on the iPod touch, right? It’s not as simple and as straightforward as that.

Compared to the 10.2-inch iPad, the A10 Fusion on the iPod touch 7th-gen is running at a slower clock speed of 1.63GHz, while the “same” CPU on the iPad runs at 2.21GHz. Not only that, but the iPad benefits from having 3GB of RAM, while the iPod touch is relegated to just 2GB. Considering that the A10 Fusion is already underpowered, having a slower clock speed may cause occasional frame rate drops and issues with certain apps and games. 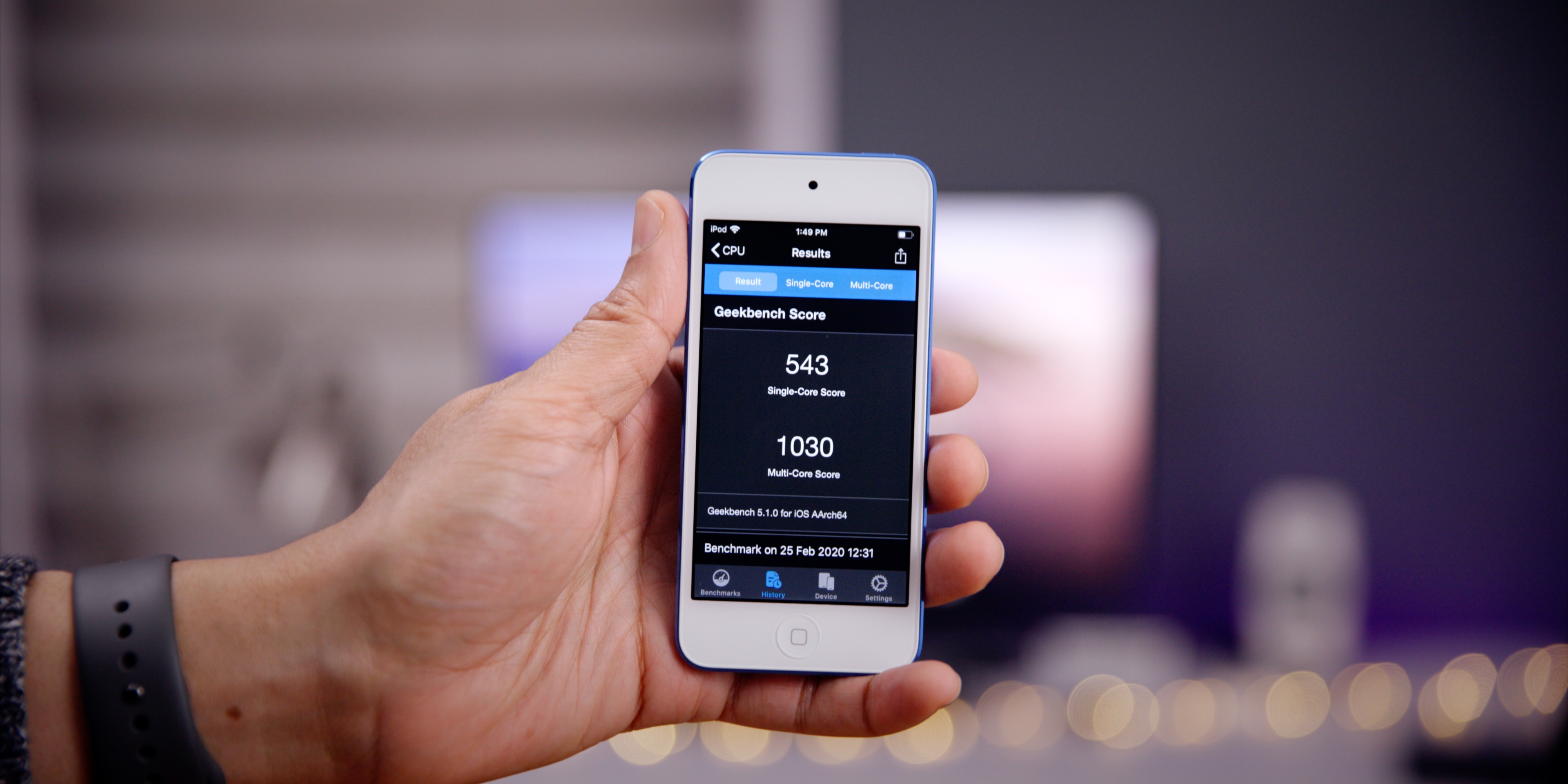 Like iOS 12 before it, iOS 13 performs very well on “underpowered” devices like the iPhone SE and the iPod touch. It just doesn’t feel quite as snappy as iOS 12, which was renowned for how well it worked with older iOS hardware. 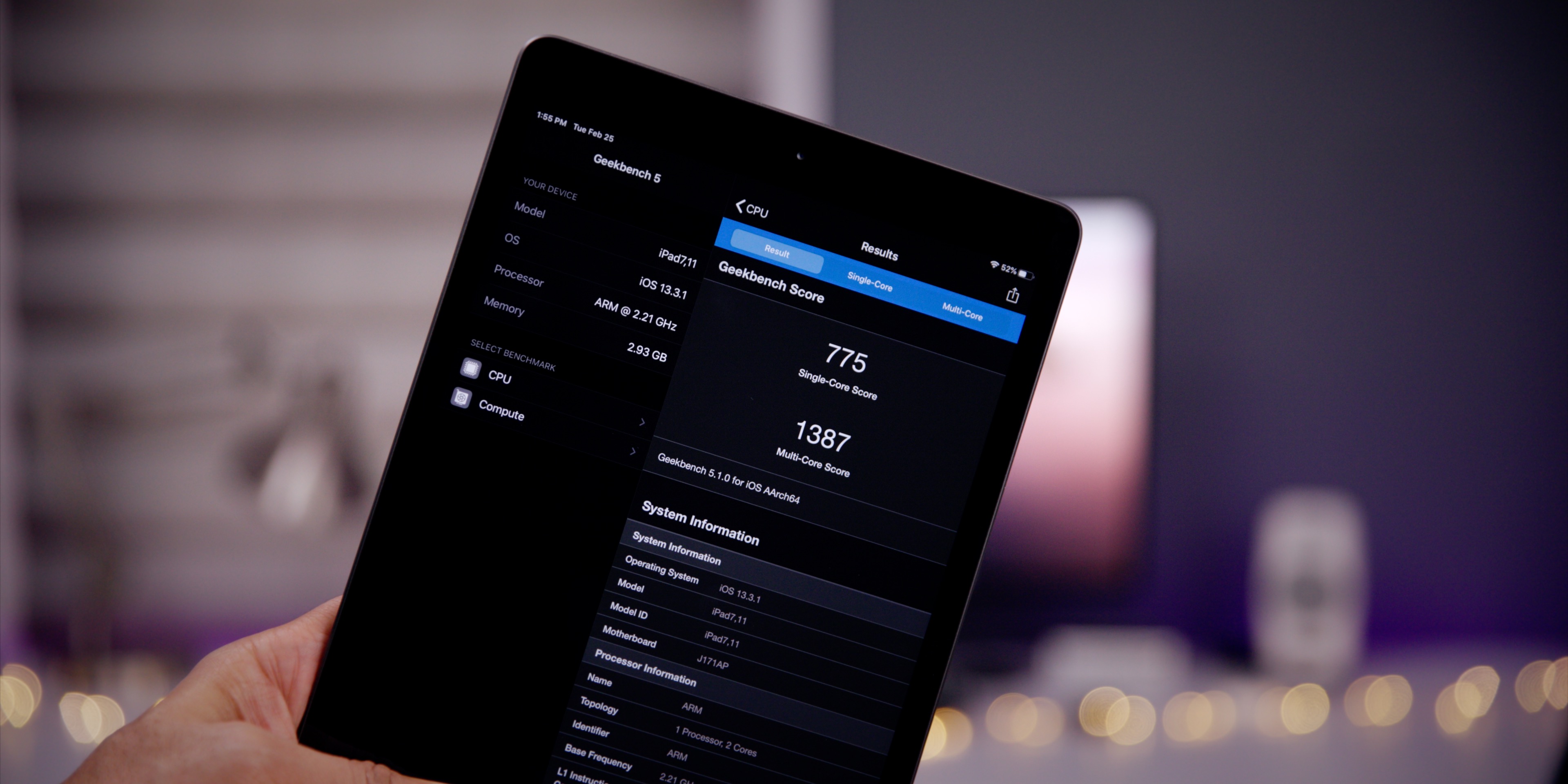 Flagship iOS 13 features like dark mode work well enough on the iPod touch, but quite a few of the benefits presented with iOS 13 apply more to the higher-end iPhone and iPad (iPadOS) hardware. The main benefit of iOS 13 for iPod touch users is hands-down the added support for Apple Arcade.

Its time as a portable music player has largely passed

It’s funny, but I barely even touched on the music playback capability of the iPod touch in my hands-on review, but that’s because our iPhones, iPads, and even our watches tend to handle that aspect of our lives best in 2020. 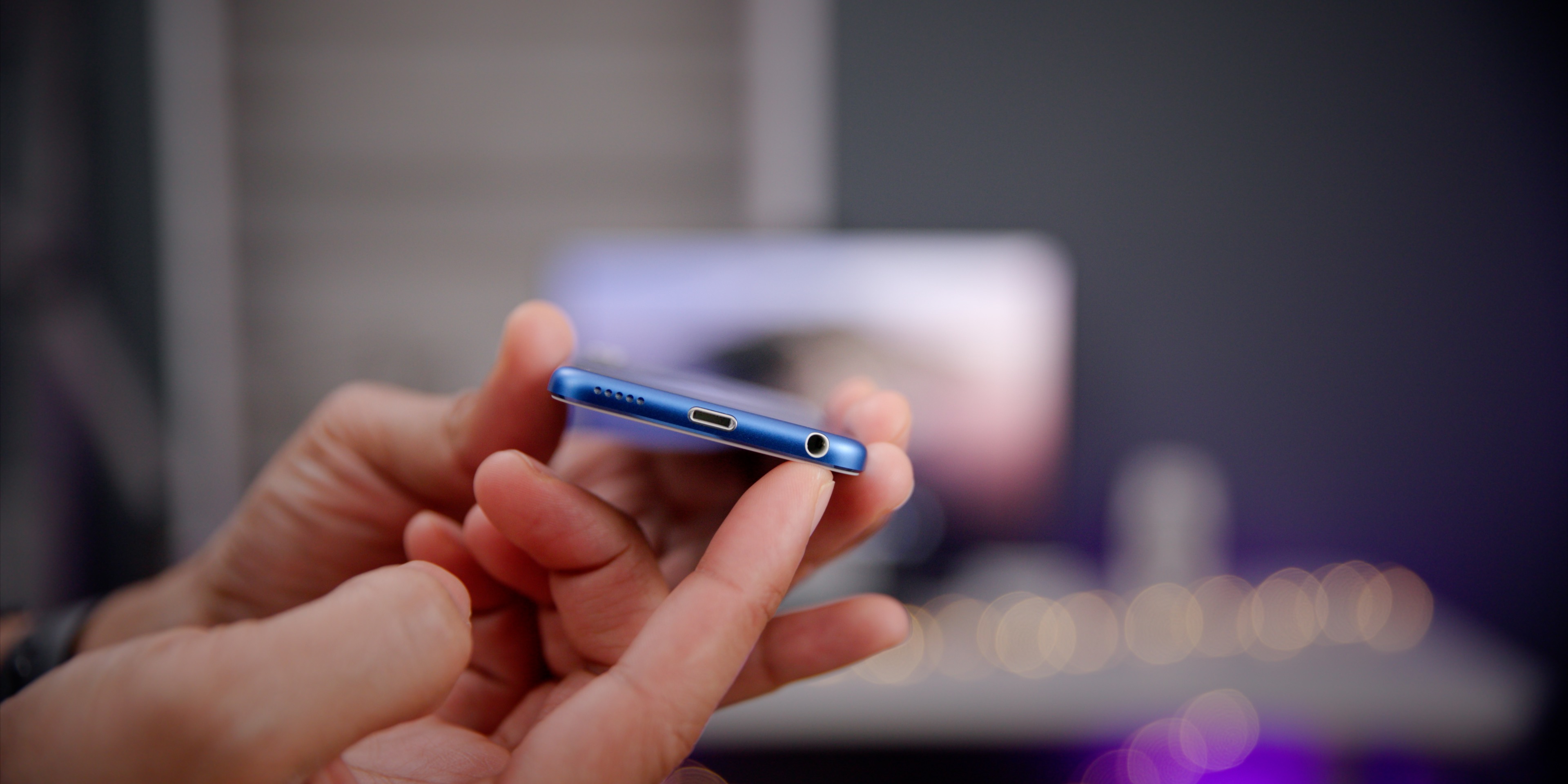 In fact, one could argue that the Apple Watch is the new iPod. It’s the most portable device with a screen that Apple sells, it features Bluetooth to connect to wireless headphones like the AirPods, and it can even stream music from Apple Music via a cellular connection. 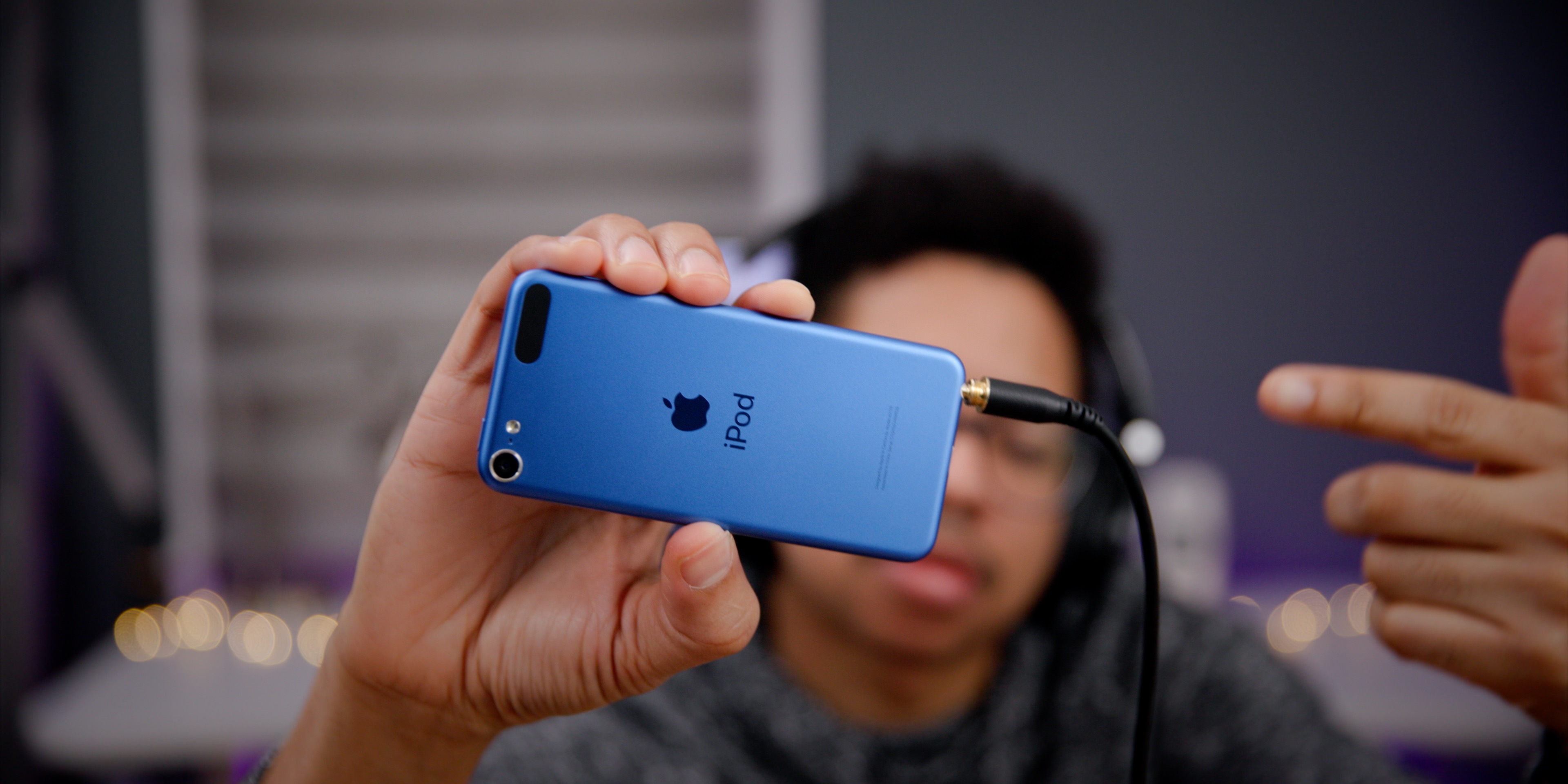 One nice thing about the iPod touch — 3.5mm headphone jack!

In my opinion, the Apple Watch is a better iPod than the iPod. It gives you an unlimited library of music right on your wrist that can be streamed to a pair of wireless headphones. You can even ask it to play virtually any song using only your voice. If you haven’t tried it, you really should, because it’s pretty awesome. 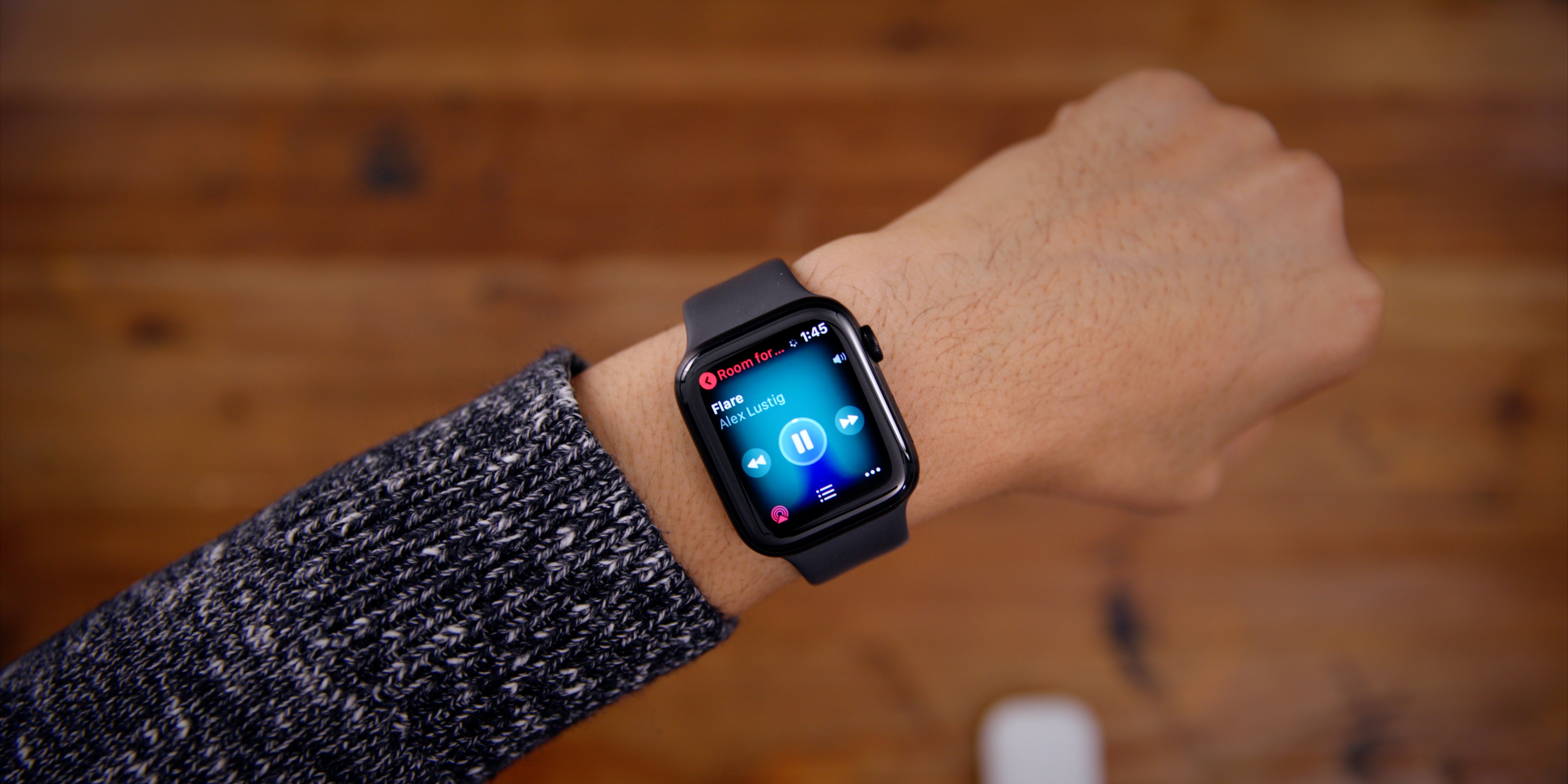 The Apple Watch out “iPods” the iPod touch

Where the Apple Watch isn’t very good is with prolonged interactions that require a lot of screen time. That’s where the iPod touch can still do well.

In its product marketing pages, Apple pitches the iPod touch as a portable handheld gaming machine that’s perfect for Apple Arcade. In fact, Apple pitched it this way before iOS 13 and Apple Arcade even launched. 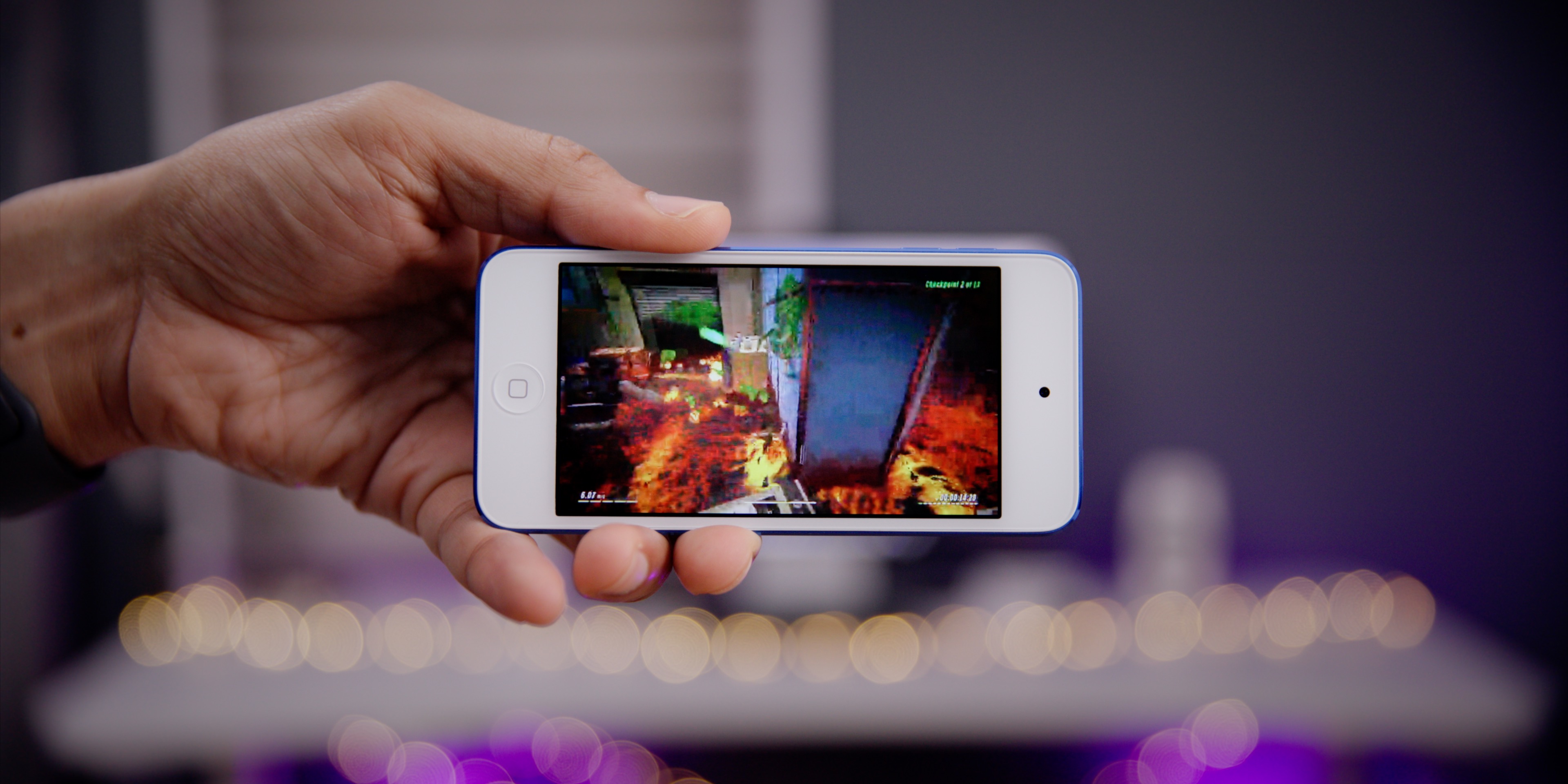 Now that Apple Arcade has been available for several months, how does the iPod touch 7th-gen work as a portable video game machine? I’ve found that it works fairly well, if you consider a few potential caveats.

The most obvious downside is screen size. While many of the games work well on the 4-inch display of the iPod touch, some games, like the third-person runner Hot Lava, are a stretch to play on such a small display. 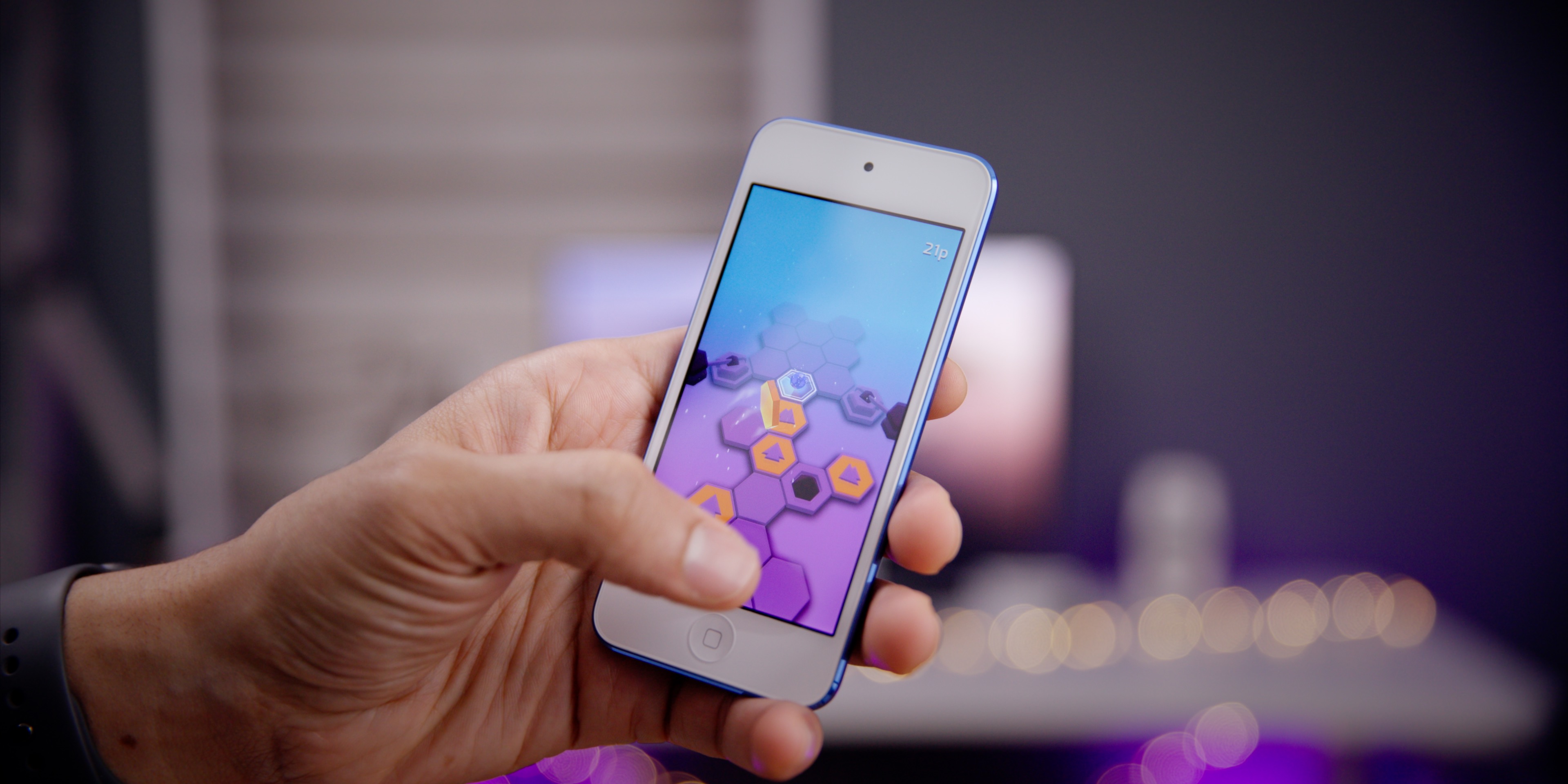 But it’s not only that the display is 0.7 inches smaller than the smallest iPhone that Apple currently sells, it’s that the screen quality is inferior as well, at least on paper. The iPod touch features a screen with an 800:1 contrast ration, running at 1,136 x 640-pixel resolution. It also lacks dual domain pixels, which help when viewing the display at wide angles. In other words, it’s not going to provide you with the premium display experience that you’d find on today’s iPhone hardware. 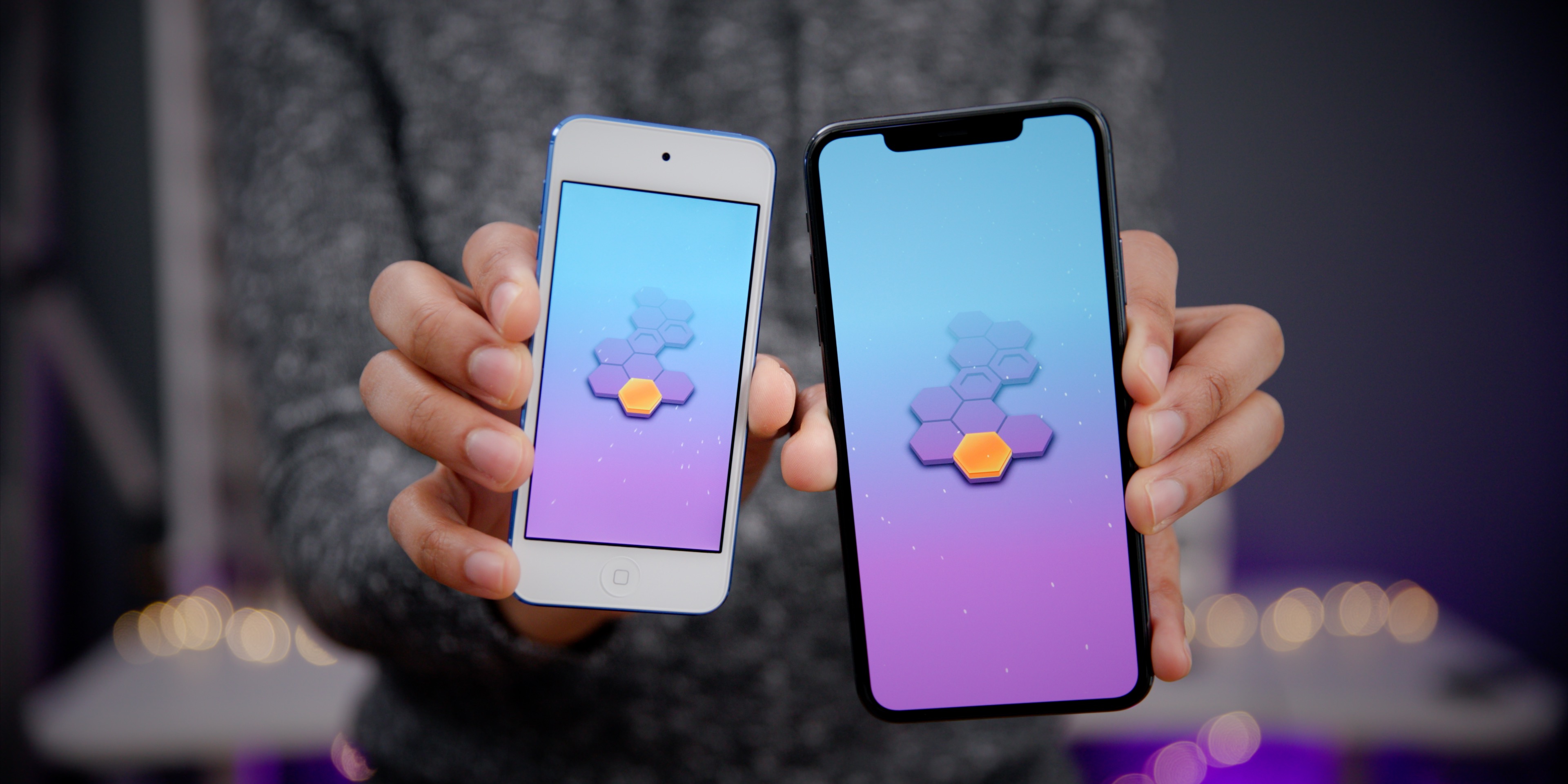 That all being said, we have to remember that the iPod touch starts at just $199, and I find that its display is still surprisingly good for playing games. Despite lesser contrast, worse viewing angles, and less available brightness, I find that colorful Apple Arcade games like Sneaky Sasquatch look very good on the 4-inch iPod touch display. 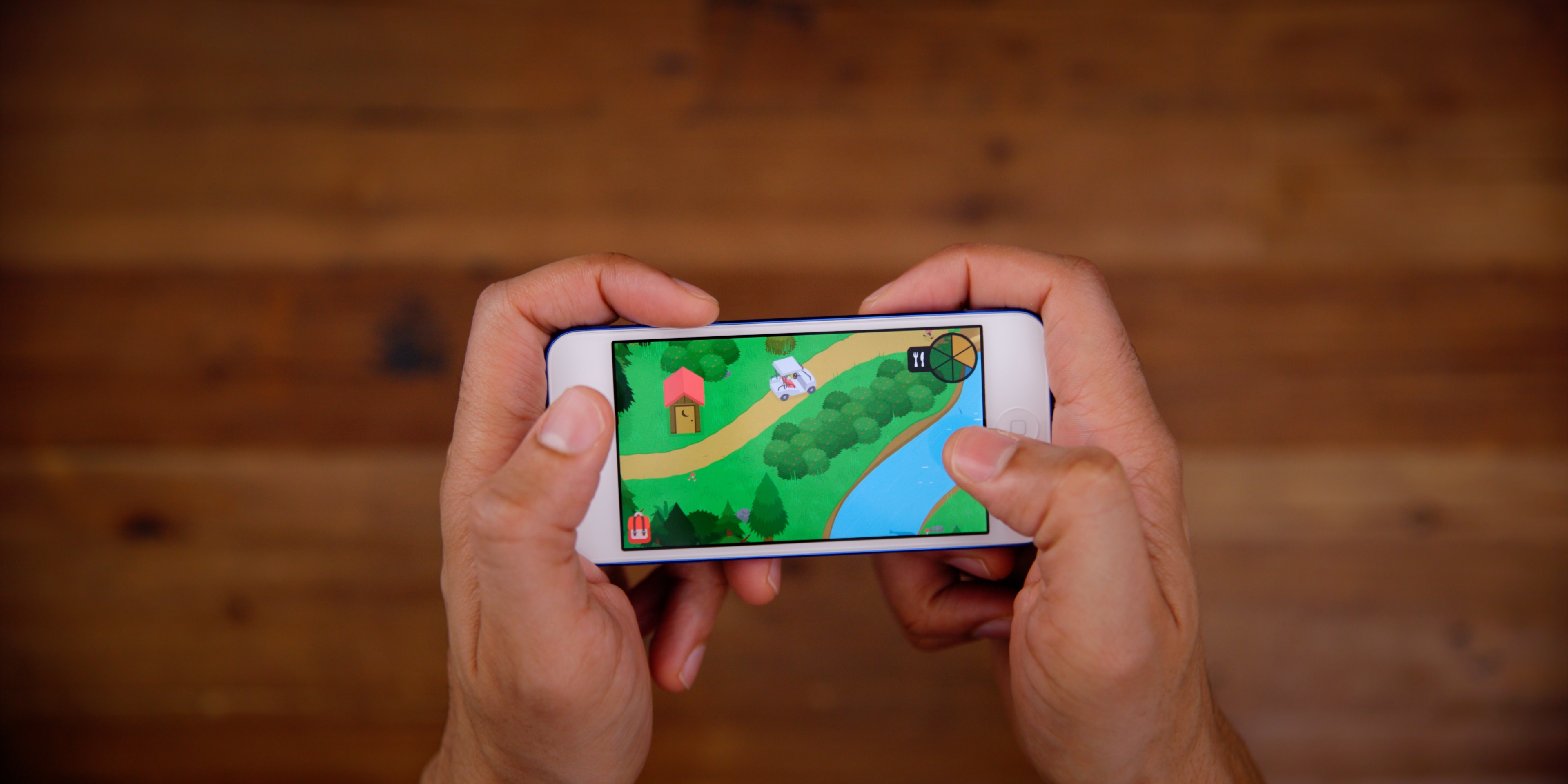 One of the biggest problems with the iPod touch as a gaming console involves sound. The unit features a single speaker at the bottom of the device, so when you’re holding it in landscape mode, you may find yourself covering the speaker and muffling the sound.

When playing games, I find that it’s way more ideal to use AirPods, but that obviously introduces additional costs. Apple includes a pair of Lightning EarPods, but the placement of the Lightning port interferes with gaming while in landscape mode. When it comes to sound, it becomes apparent that the iPod touch wasn’t designed primarily around gaming.

If you’re looking to use an iPod touch as a portable gaming console, then Apple Arcade is the number one reason why you might consider doing so. For just $4.99 a month, you gain unlimited access to every game in the Apple Arcade library, which has now pushed passed 100 games.

Not every game on Apple Arcade is a must-try — there are some stinkers thrown into the mix for sure. But the library has several gems, and a lot of overall solid titles that will keep causal gamers busy. 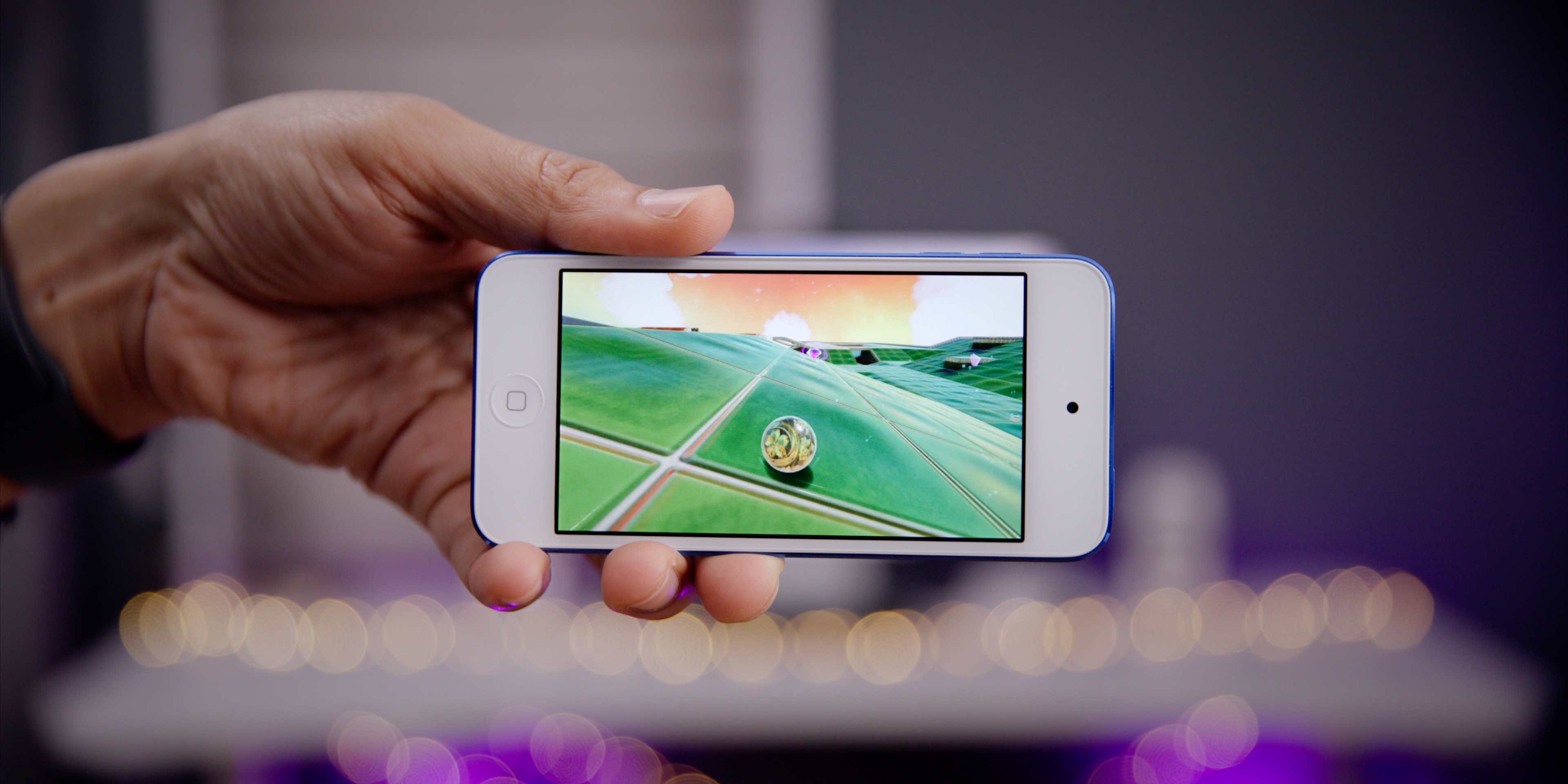 A few games, like the aforementioned Sneaky Sasquatch, come to mind. There’s also What the Golf?, which is a hilarious take on the miniature golf. Then there are bigger titles like Hot Lava and Sonic Racing. Not only do you gain access to the entire library of Apple Arcade games, but the subscription is Family Sharing eligible, letting you and up to five other household members enjoy unlimited access via a single $4.99 monthly subscription fee.

The other great thing about Apple Arcade is that cloud saving is automatically enabled via iCloud, and many of the games are cross platform. That means you can start a game on your Apple TV, resume it on the Mac, and then pick up later on the iPod touch while out and about — all without missing a beat. 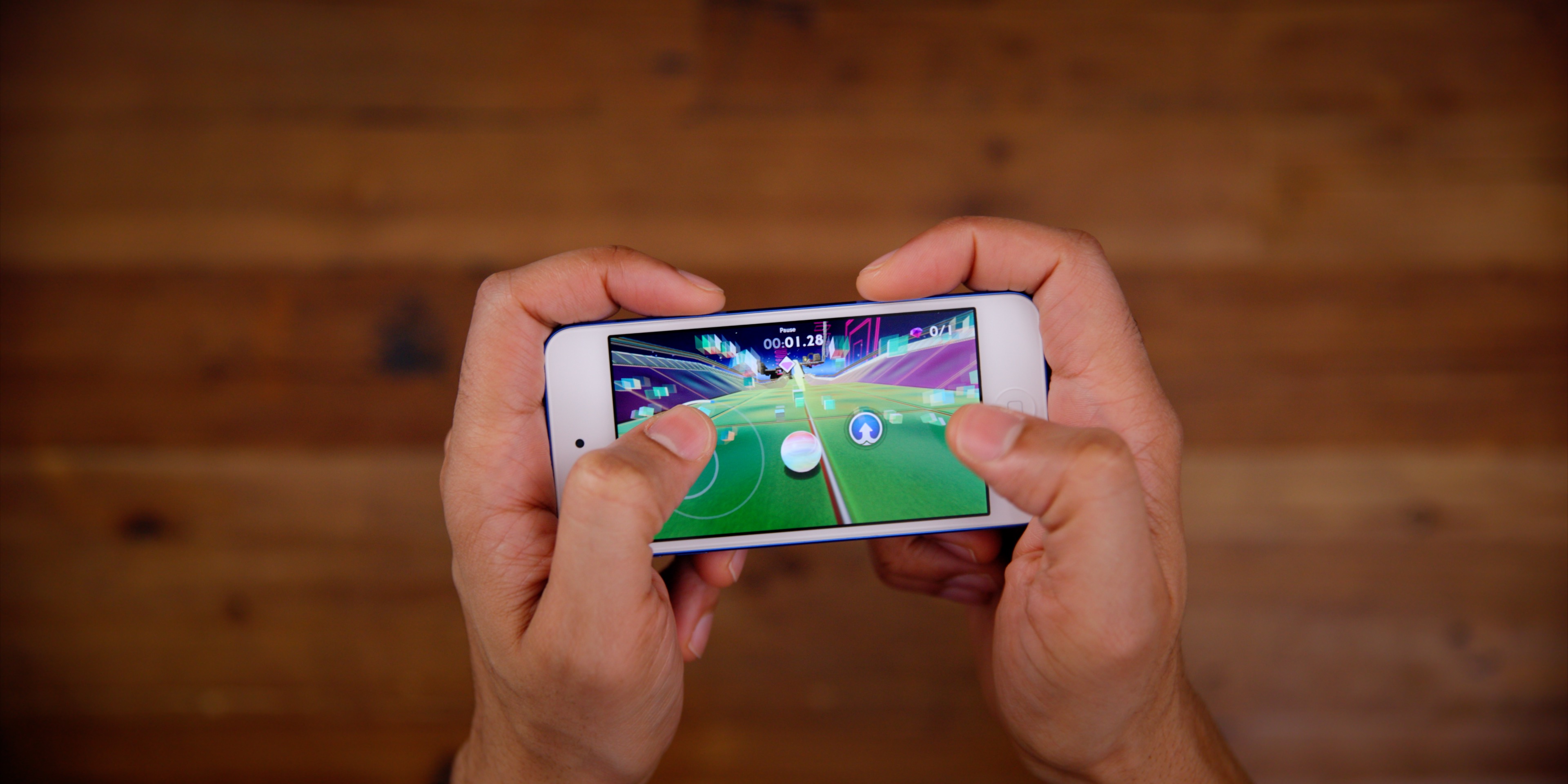 Lastly, Apple Arcade games are playable offline, which is obviously important for a device like the iPod touch, which lacks any sort of cellular connectivity. When you download an Apple Arcade title, the full game is downloaded to your device. With this in mind, space is something you’ll need to consider. If you’re planning on loading down your iPod touch with lots of Apple Arcade titles, you may want to opt for the 128GB configuration, which will set you back an additional $100.

In the end, the iPod touch 7 makes for a decent portable gaming console, but it doesn’t always translate into a great gaming experience. Apple Arcade, while still in its infancy, shows lots of promise, but the overall design of the iPod touch, coupled with its relatively underpowered hardware, can make gaming frustrating at times. 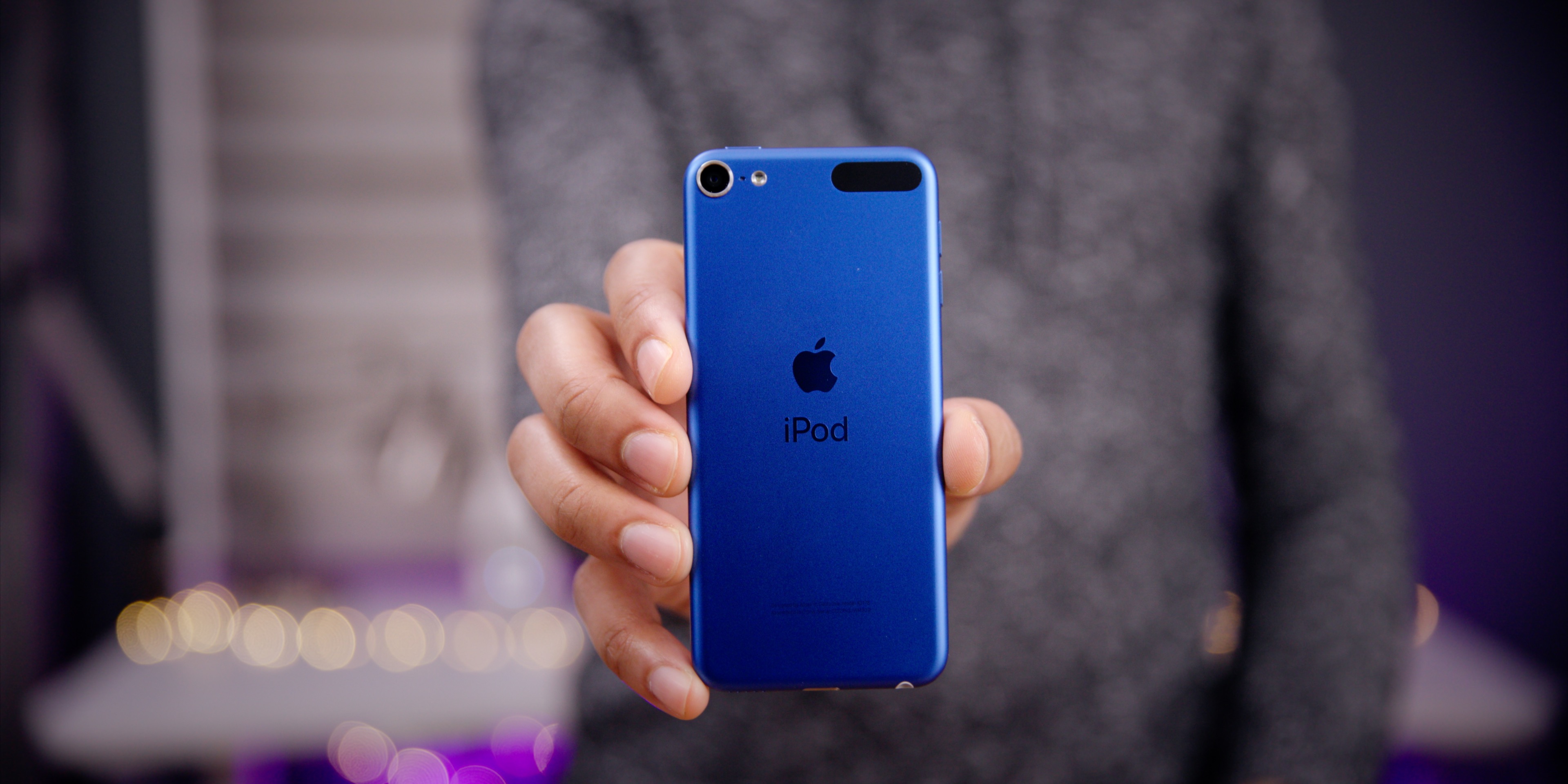 For adults, this may be especially true, since bigger hands can easily obscure the display, which also serves as the primary controller for games on the platform. Using an external Bluetooth controller helps — iOS 13 adds PlayStation Dual Shock 4 and Microsoft Xbox One controller support — but such a setup isn’t exactly ideal for a device with a 4-inch display. 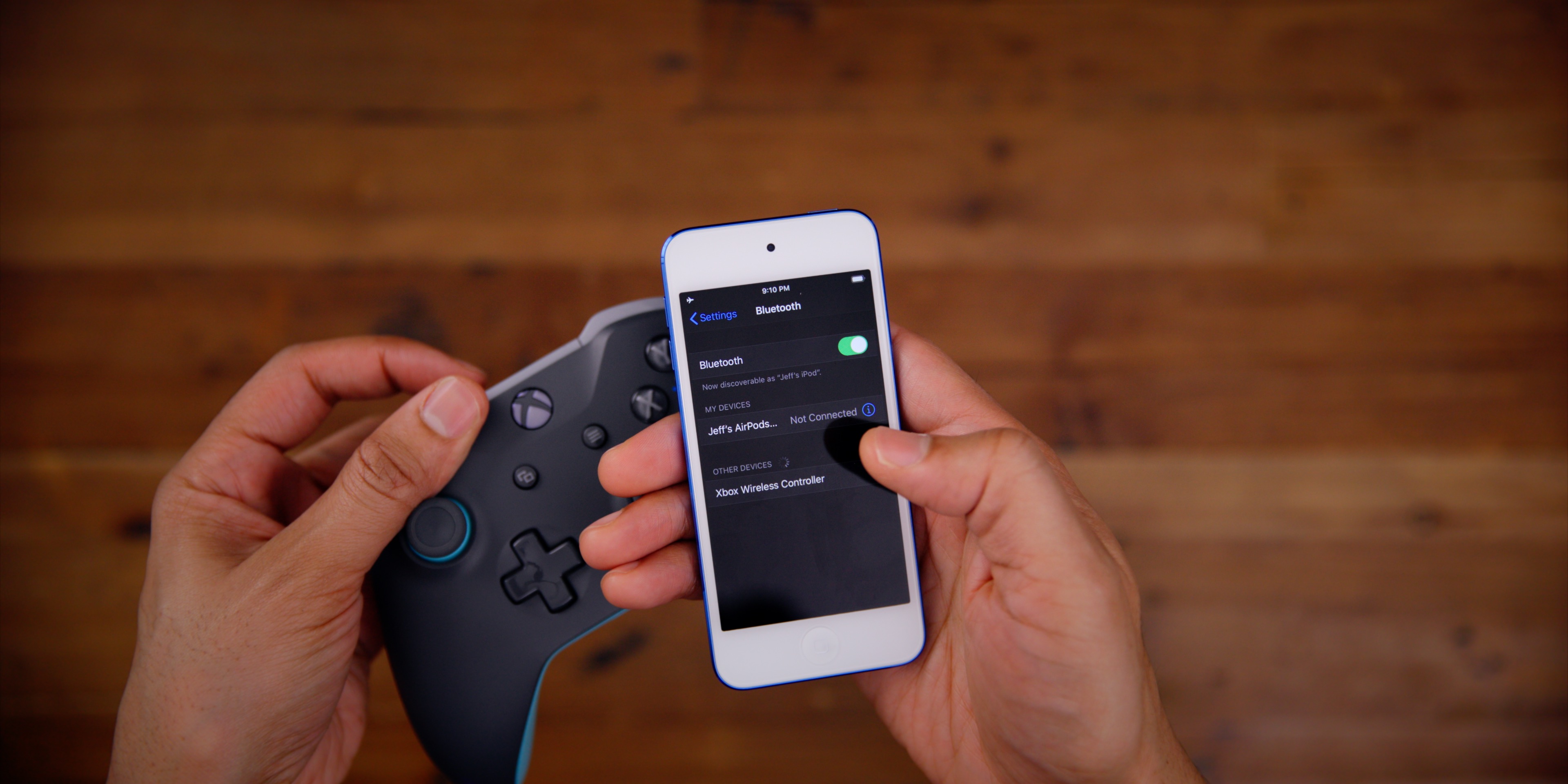 iOS 13 adds support for traditional controllers from Sony and Microsoft

Gaming on the iPod touch isn’t bad, but I’d much prefer to do so on my 7th-generation iPad. The iPad, while nowhere near as portable, is a much better gaming console than the iPod touch, and it often only costs $50 more. With the iPad, you get a much larger display that’s easier to interact with, better speakers that aren’t as easy to cover with your hands, and slightly faster performance. 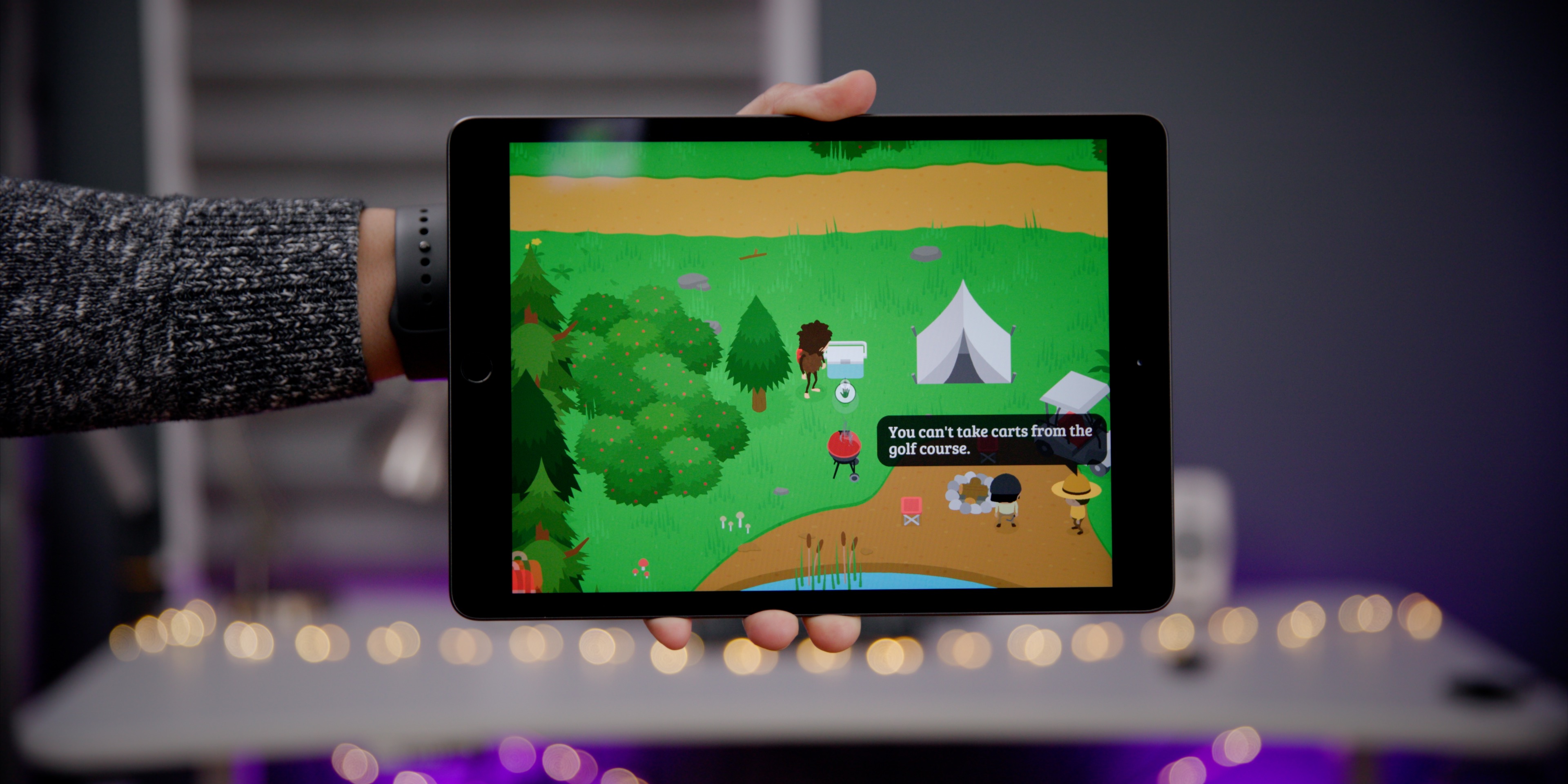 The iPad is also better when using the device with a controller, as the larger display allows your eyes to be further away from the action on screen. 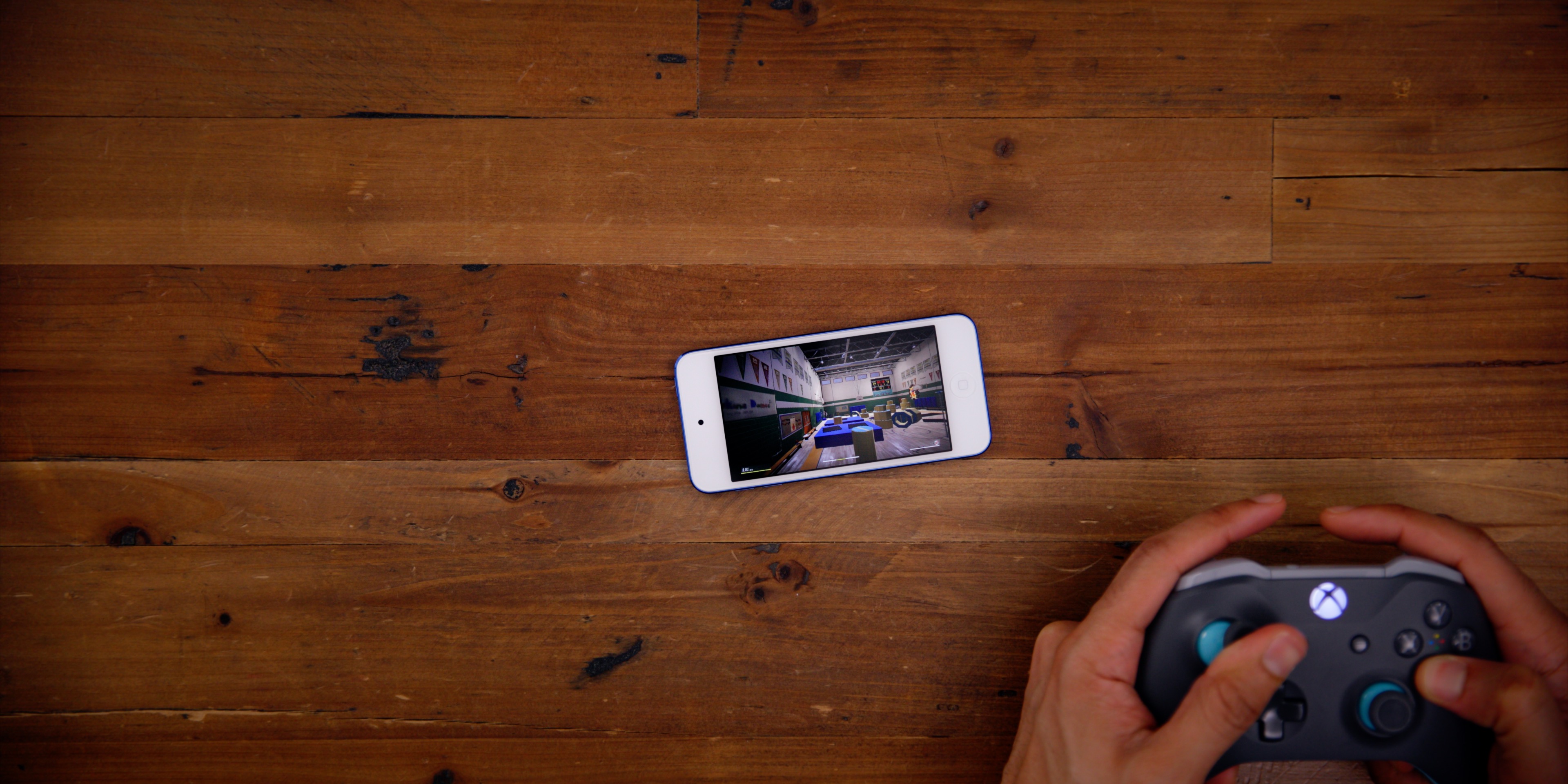 The iPod touch works with controllers, but it feels weird given the small display

The best thing that the iPod touch has going for it is its portability and price. If portability is absolutely at the top of your list, then the iPod touch, or perhaps a refurbished iPhone, is a solid choice. Otherwise, I’d go with the iPad 7 every time — and that’s not even when considering super-helpful features like Touch ID, which is also available on Apple’s budget tablet.

What do you think? Would you buy an iPod touch in 2020? Sound off down below in the comment section with your thoughts. Be sure to watch the full video embedded above for even more nuanced details about using the iPod touch as a gaming machine.