Revisiting the iPhone SE today: is it still a great phone in 2019? [Video] 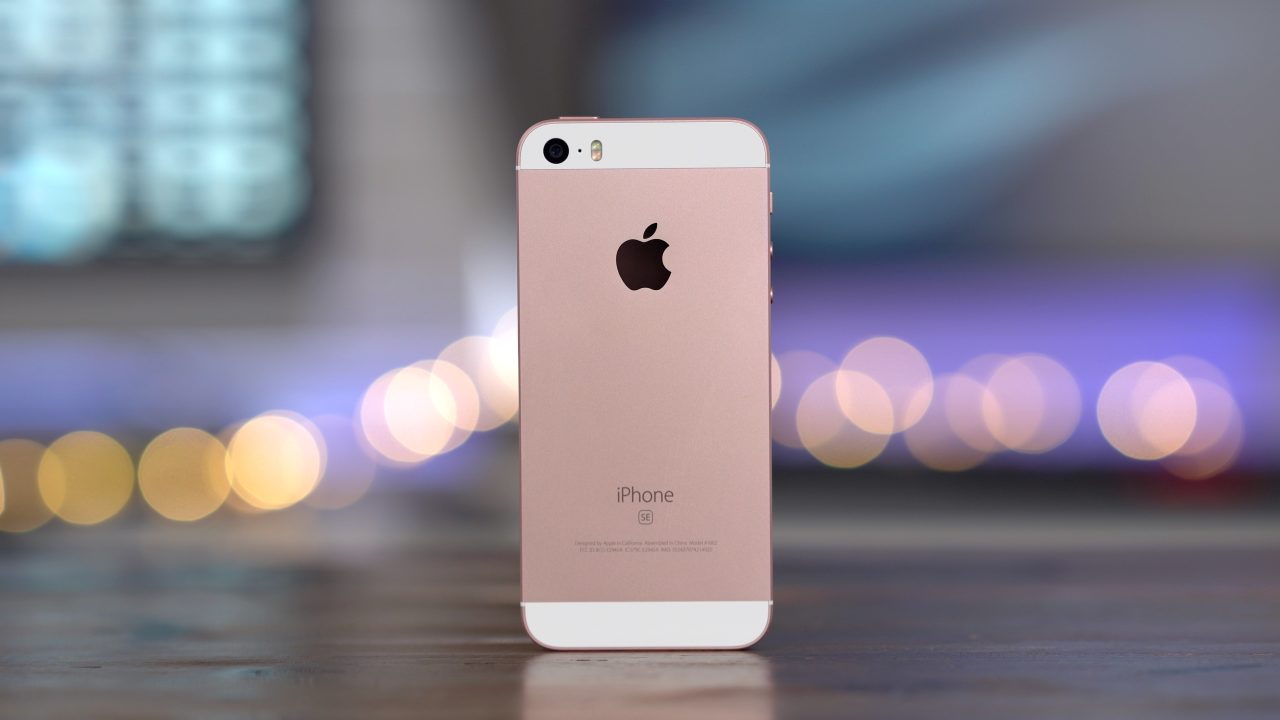 The iPhone SE (hands-on), which is quickly approaching its third anniversary, was an amazing phone when it was released. It gave us a device with the timeless design of the iPhone 5s, with modern specs borrowed from the iPhone 6s.

With the news that Apple recently sold out of a clearance allotment of the iPhone SE, it got me really thinking about the device again. Are people crazy for buying a nearly three-year-old budget-minded iPhone in 2019? Watch our hands-on video as I revisit the iPhone SE, breaking down its current strengths and weaknesses.

In my opinion, the iPhone 5-era design, with squared-off, instead of rounded sides, and refined chamfered edges, represents the pinnacle of Apple design for its phones.

The iPhone SE also lacks a camera bump, which became an iPhone design staple beginning with the iPhone 6. The lack of a camera bump allows for a completely smooth and cohesive back cover, lending to the device’s overall beauty.

It’s such a timeless design that the iPad Pro adopted a similar look, albeit with a camera bump, for its latest refresh. Needless to say, I’d love to see a modern take on this design for the iPhone.

In an era of unwieldy phones, Apple bucked trends with the iPhone SE, jamming modern (at the time) features into a small, easy-to-handle form-factor. Apple realized in 2016, what it seems to have forgotten in the years that followed: not everyone needs or even likes huge phones like the iPhone XS Max. 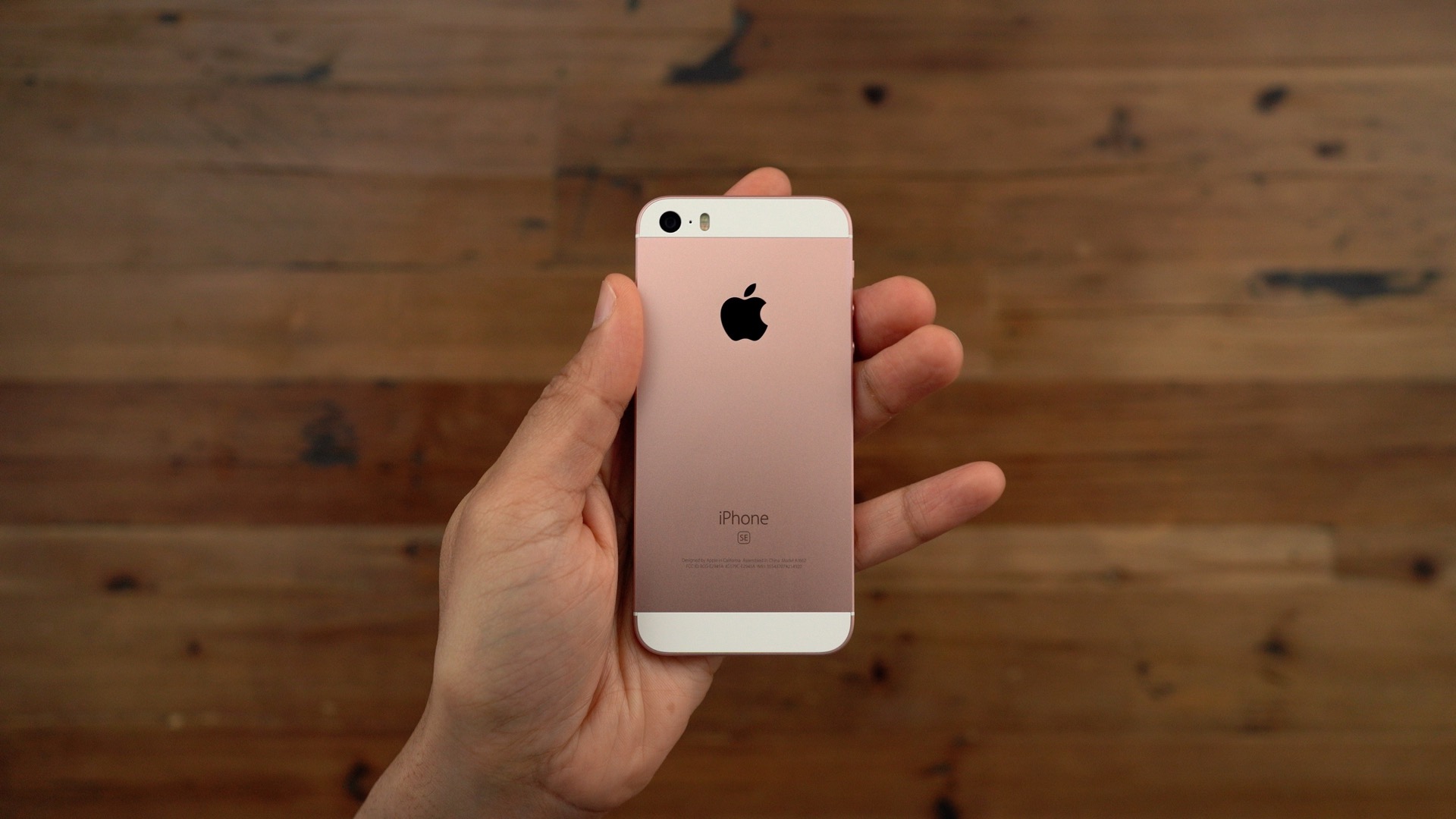 Featuring a mere 4-inch display, the iPhone SE easily fits in the hand or inside of a pocket or purse. In other words, this phone is super low key, which is something I can definitely appreciate as a current iPhone XS Max user.

With the release of iOS 12, performance on Apple hardware improved across the board, making older phones like the iPhone SE feel faster than before. The iPhone SE, with its Apple A9 system on a chip and 2GB of RAM, still works well today. Remember, this is basically an iPhone 6s crammed into the body of an iPhone 5s. 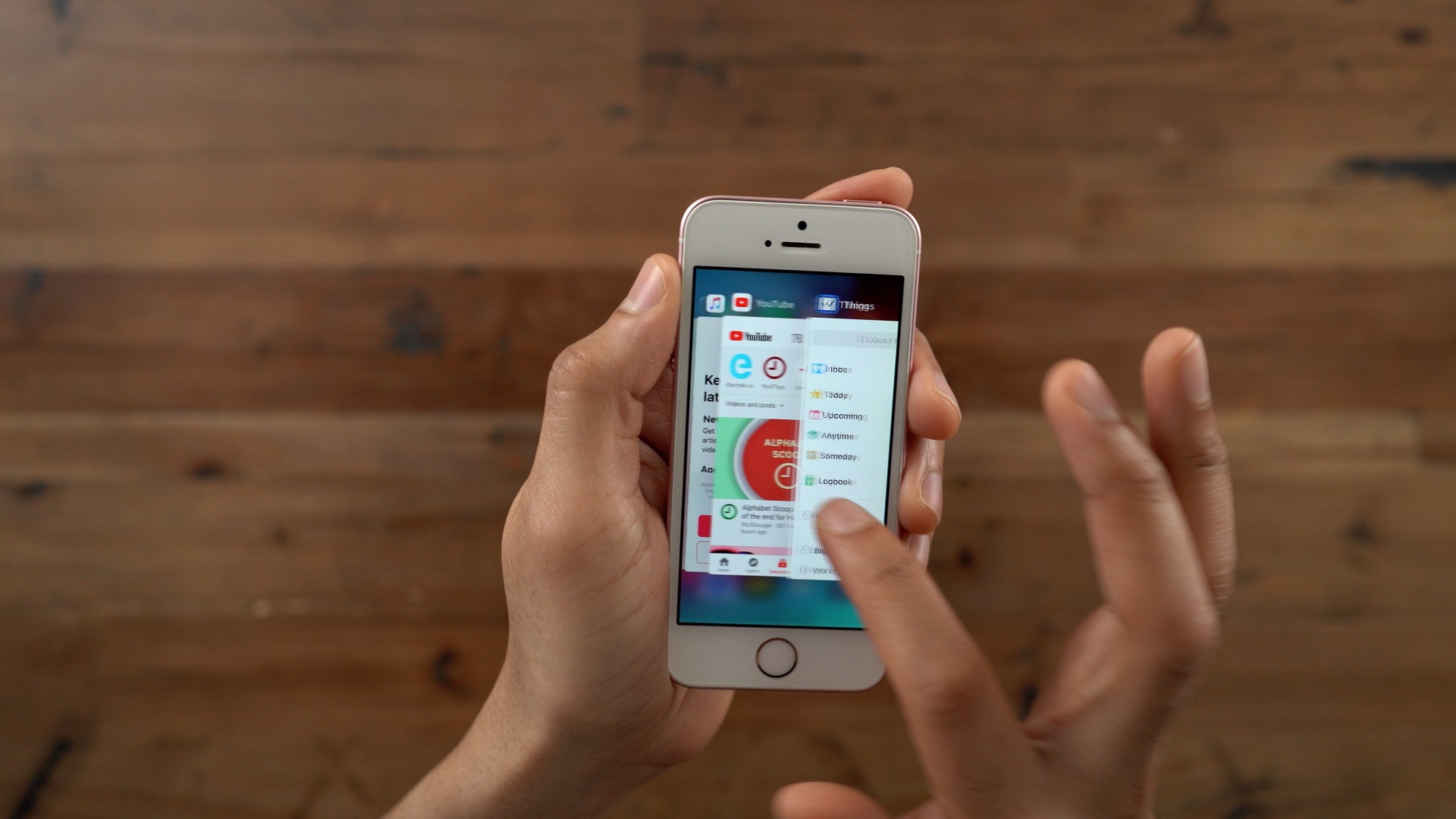 The iPhone SE comes bundled with Touch ID, which quite a few people still have an affinity for. In 2018, all of Apple’s new iPhone releases featured Face ID instead of Touch ID. Even though the iPhone SE comes with a first-generation Touch ID sensor, I find that it’s still good enough to provide a seamless experience. 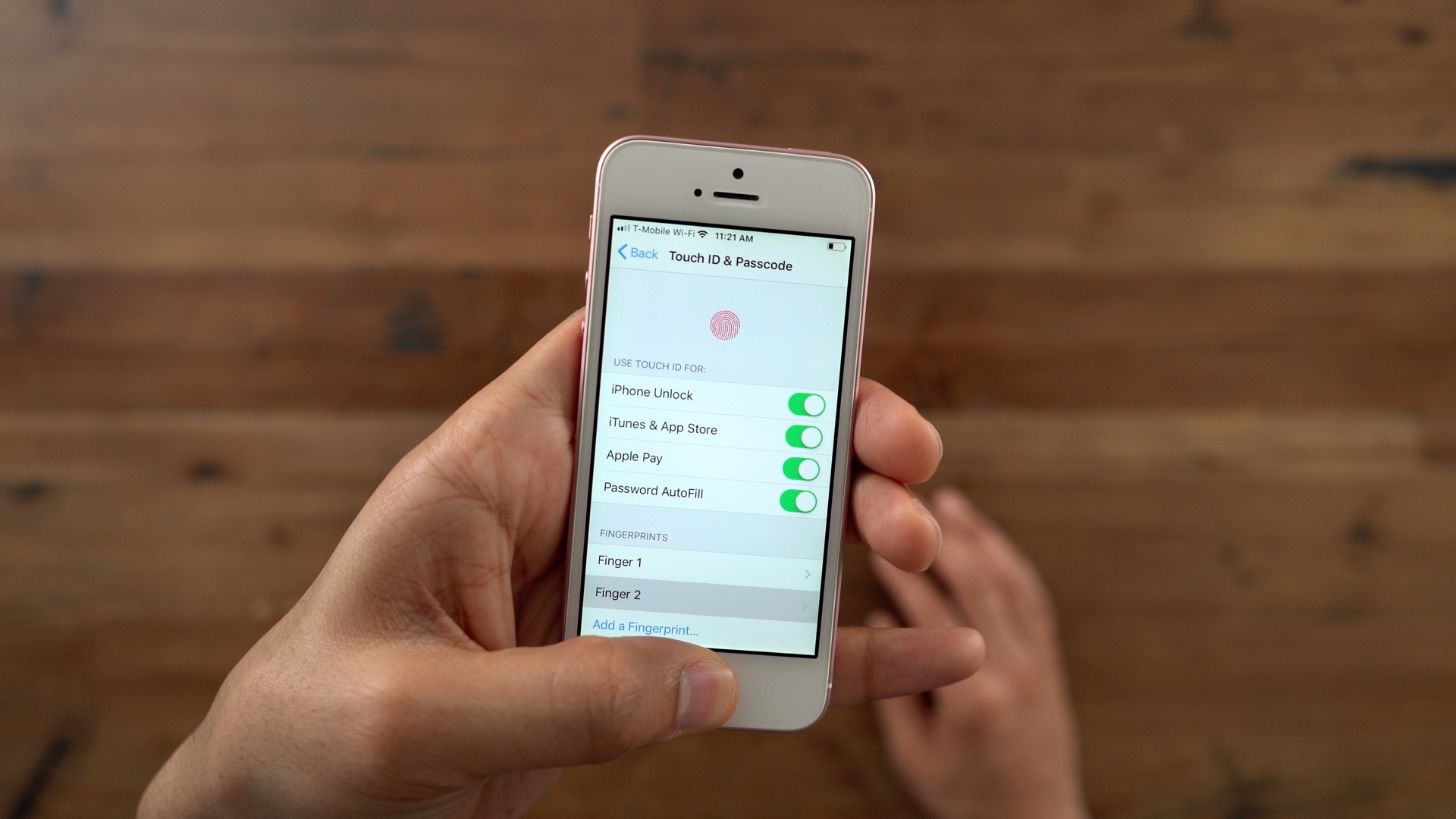 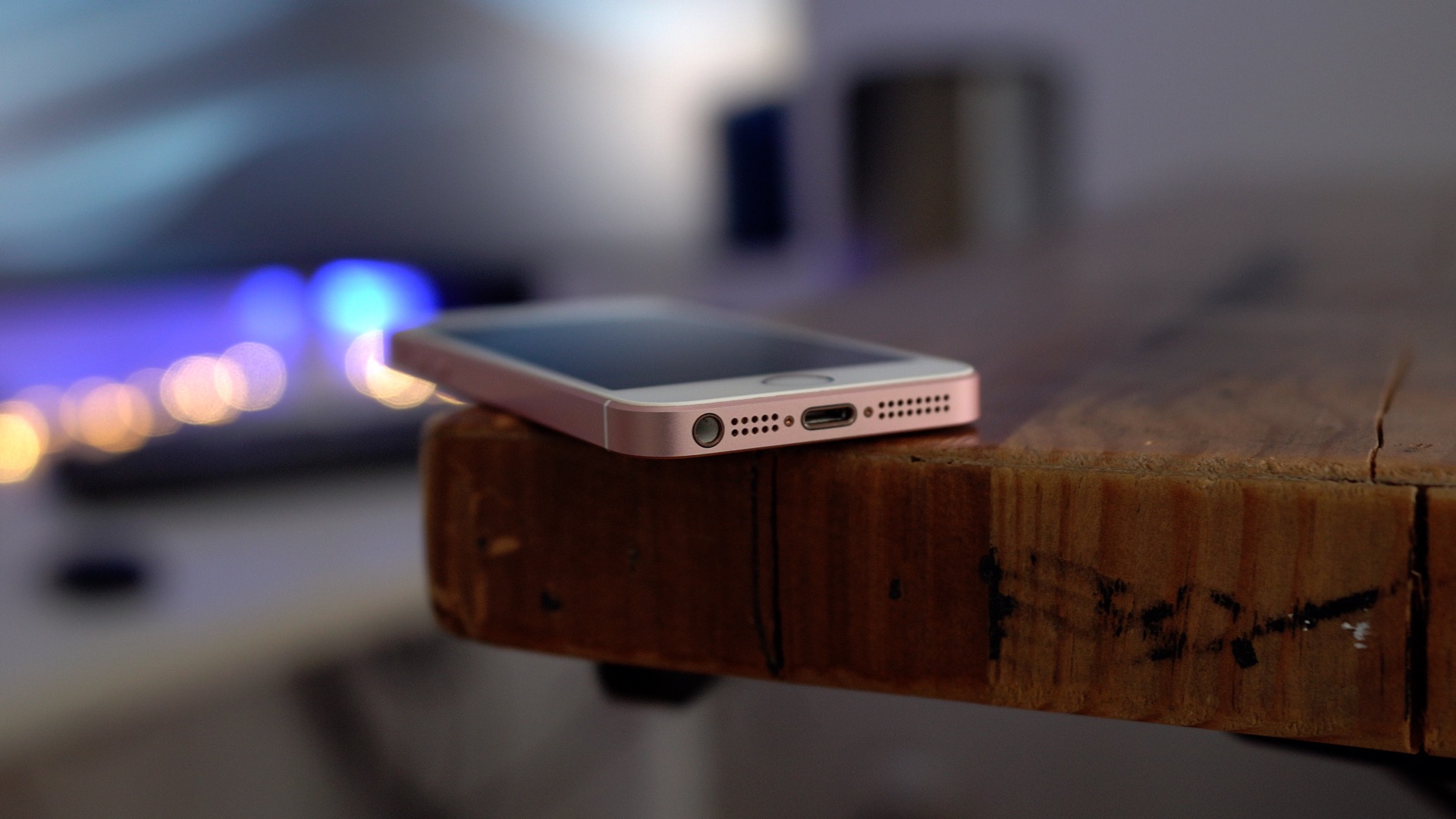 Using the same 12-megapixel camera with f/2.2 aperture from the iPhone 6s, the rear-facing camera inside the iPhone SE is surprisingly good, and still holds up relatively well to this day. Not only does it take great photos, but it can also take Live Photos like the iPhone 6s and newer devices. 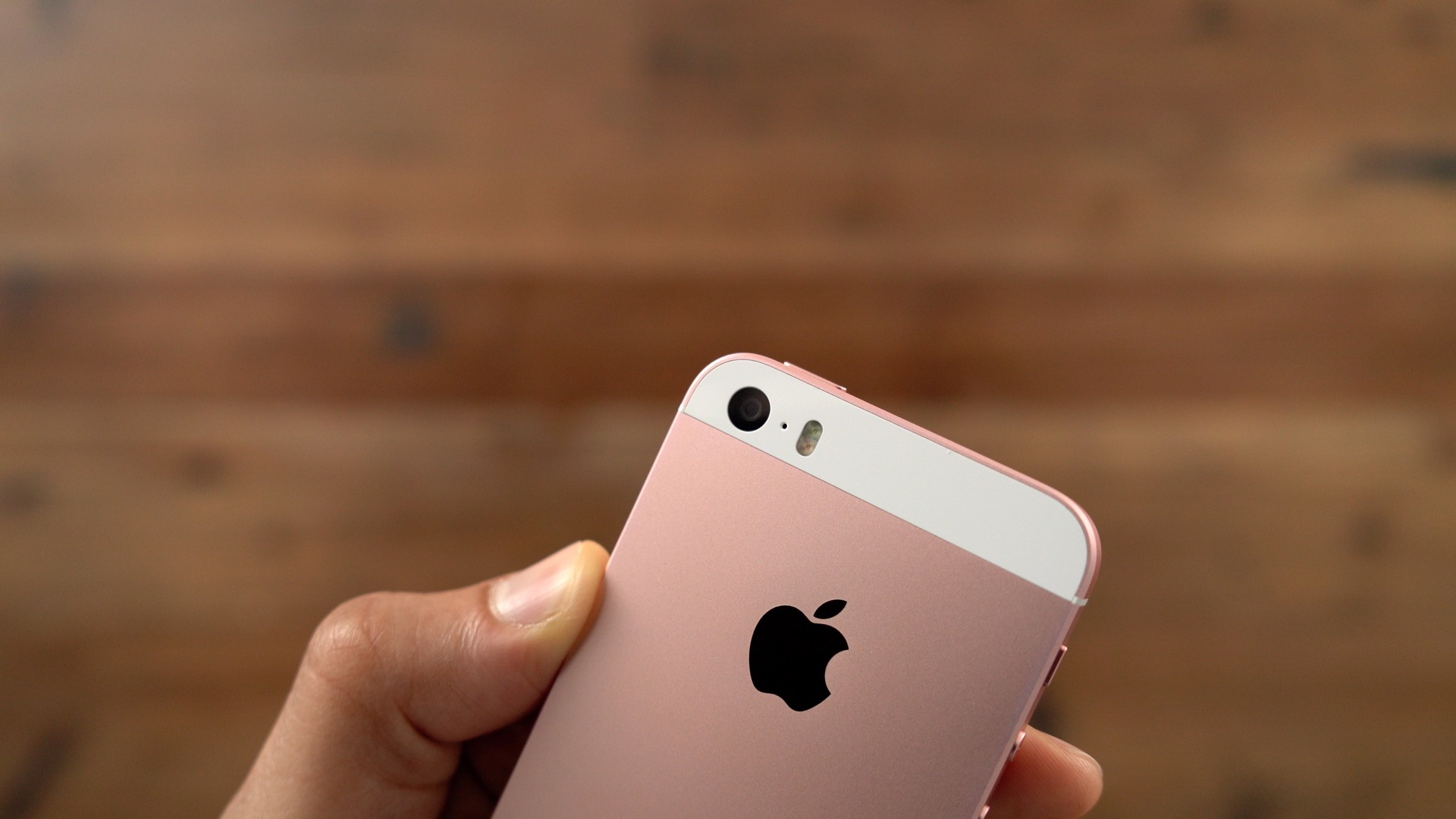 Perhaps even more impressive is the fact that the camera found in the iPhone SE can take 4K video at 30 frames per second. Entry-level SE models only came with 16GB of storage, and because 4K video takes up so much space, this feature is often overlooked. 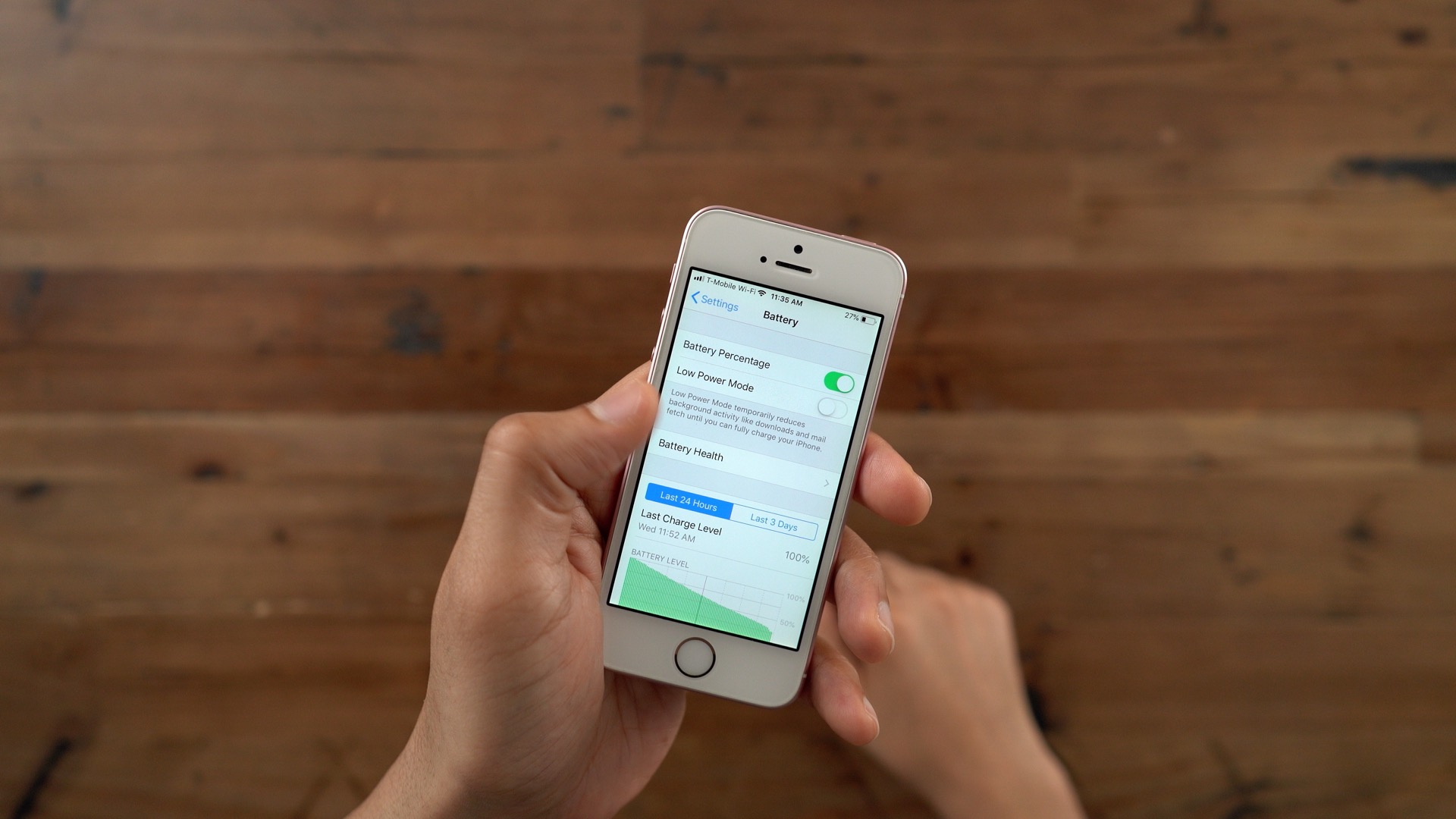 The 16GB iPhone SE started at $399 when it was released, but over time, Apple doubled the storage, ditching the low-tier 16GB version, for the same price. In terms of budget phones, the $399 entry-level price for the iPhone SE was much more palatable option than the so-called budget iPhone XR at $749. At the $249 clearance price for the 32GB model, the phone almost leans into impulse buy territory…

Should you have paid $249 in order to purchase an iPhone SE during Apple clearance sale? Nostalgia may have tempted you, but you’d be wise to consider some of the more inferior aspects about the iPhone SE prior to taking the plunge. 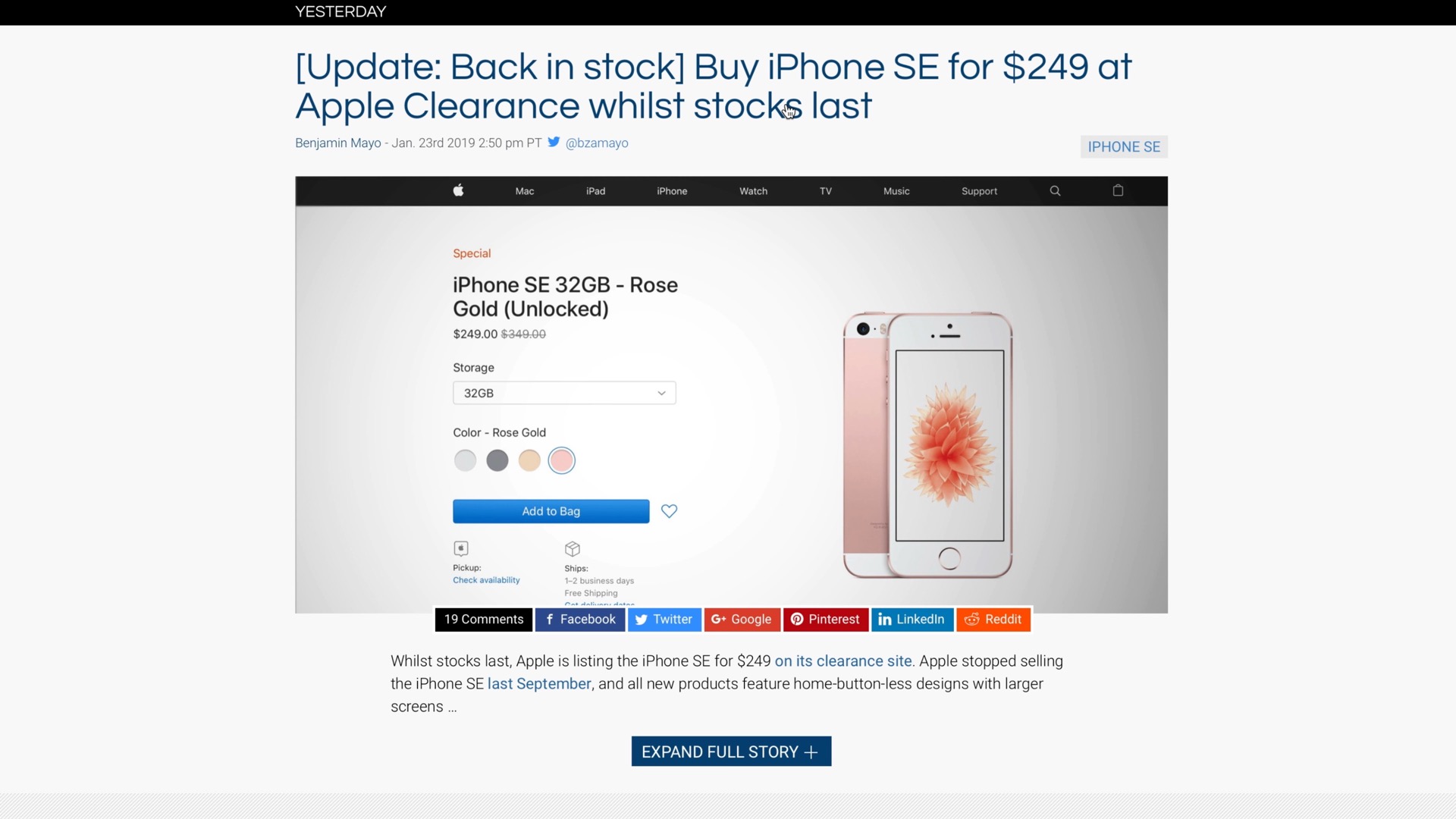 As an iPhone XS Max user, going back to the iPhone SE for the last week has been very interesting. It’s been a great experience as far as portability and hand comfort is concerned, two huge factors to be sure, but this phone leaves a lot to be desired in 2019.

The iPhone SE was great, but let’s be honest, modern iPhones have…

It’s not just that the displays on recent iPhone are so much bigger when compared to the 4-inch display on the iPhone SE, it’s that modern iPhone displays are so much better. The massive 6.5-inch display on the iPhone XS Max definitely stands out, but it’s the quality of said display — the resolution, contrast ratio, viewing angles, and wide color support — that makes it really special. 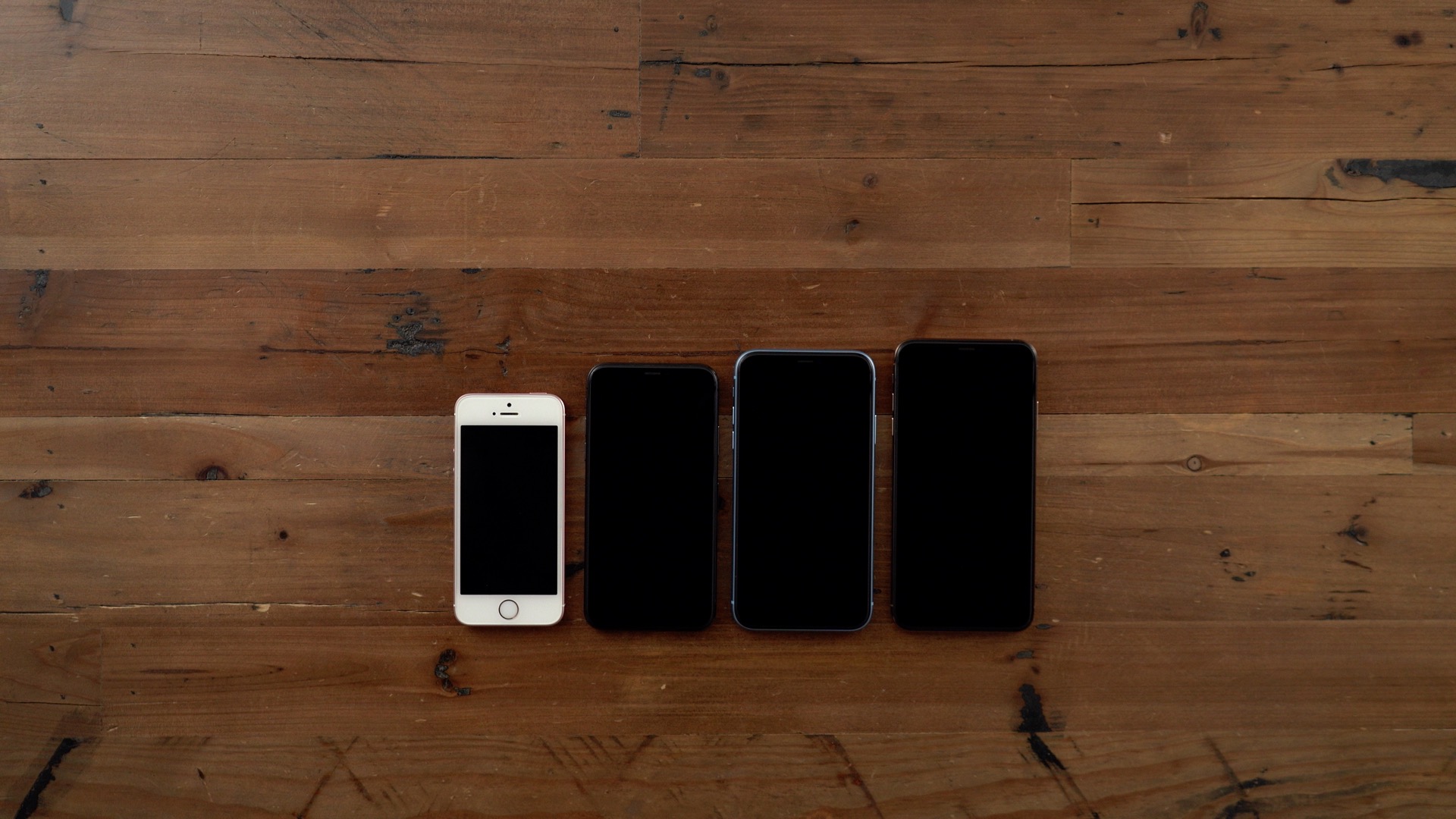 Screen real estate is obviously a huge differentiating factor as well – the iPhone XR and XS Max for instance, provide massive upgrades in space on screen. As a result, users have access to more rows of icons on the Home screen, larger videos, and more text on screen when reading the web, books, and messages.

The next obvious difference between the iPhone SE and modern iPhones is the camera quality. The 12MP camera in the iPhone SE, with its support for 4K video, is far from terrible, but it can’t compete with the silicon and AI advancements in Apple’s latest hardware. 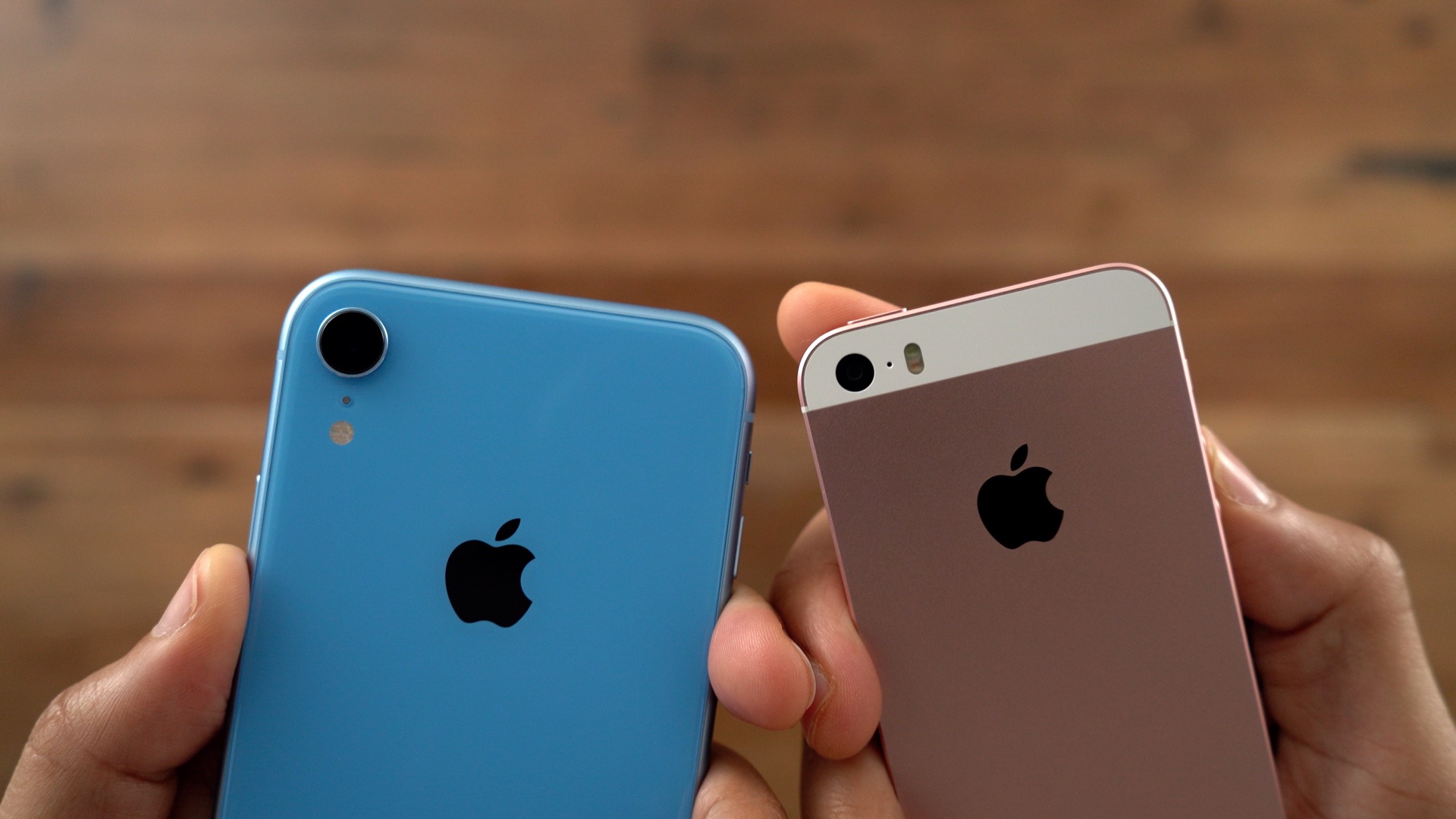 Although the iPhone XR lacks the dual rear camera array, all of Apple’s recent smartphone releases have excellent cameras with features simply not available on the iPhone SE. Even the budget-minded iPhone XR, with its single rear camera lens, has larger pixels, and features like Portrait mode for depth control on the fly or in post. There are also niceties like 4K60 video, and 1080p 240 fps slow motion.

The front-facing camera, which was downright laughable on the iPhone SE, is also a huge improvement on modern iPhones. Not only is the TrueDepth front-facing camera on recent iPhones capable of Face ID biometric authentication, but it’s also a 7-megapixel shooter capable of capturing 1080p video up to 60fps. That’s a noteworthy upgrade over the paltry 1.2 megapixel camera migrated from 2013’s iPhone 5s to the iPhone SE.

Recent iPhone releases have improved a lot as far as sound quality is concerned, and much of that can be attributed to having more room to move sound. The iPhone SE has a single puny speaker located in the bottom right-hand corner of the headset, while new iPhones feature stereo speaker setups that are significantly louder and clearer than the single speaker setup on the iPhone SE. 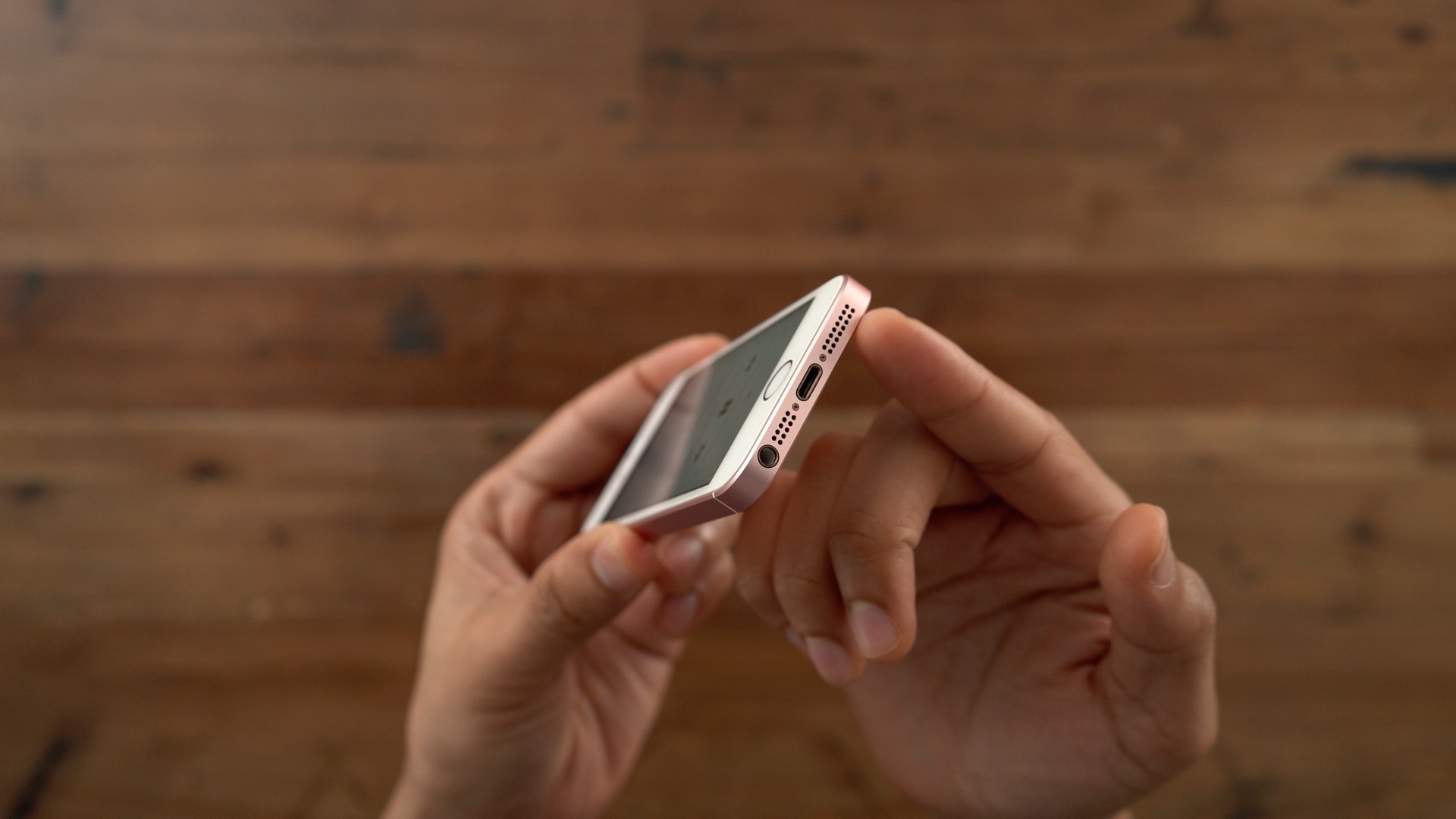 Now that modern iPhones (and iPads) lack a Home button, gesture controls are used for almost everything when it comes to interfacing with the device. For example, swiping up from the bottom of the screen to go back to the Home screen feels more natural than pressing the Home button, and the swipe-up-and-briefly-hold gesture feels like a more efficient way to invoke the App Switcher.

3D Touch debuted on the iPhone 6s, which is sort of ironic when you consider that the iPhone SE is essentially an iPhone 6s in an iPhone 5s body. At any rate, 3D Touch, which relies on special pressure-sensitive components, wasn’t included with the iPhone SE.

It’s an unheralded feature, but 3D Touch has a cult following for those that appreciate what it brings to the table. Often described as a sort of ‘right click’ for iOS devices, 3D Touch allows users to invoke shortcuts directly from the Home screen and peak and pop to preview and open content in supported apps. 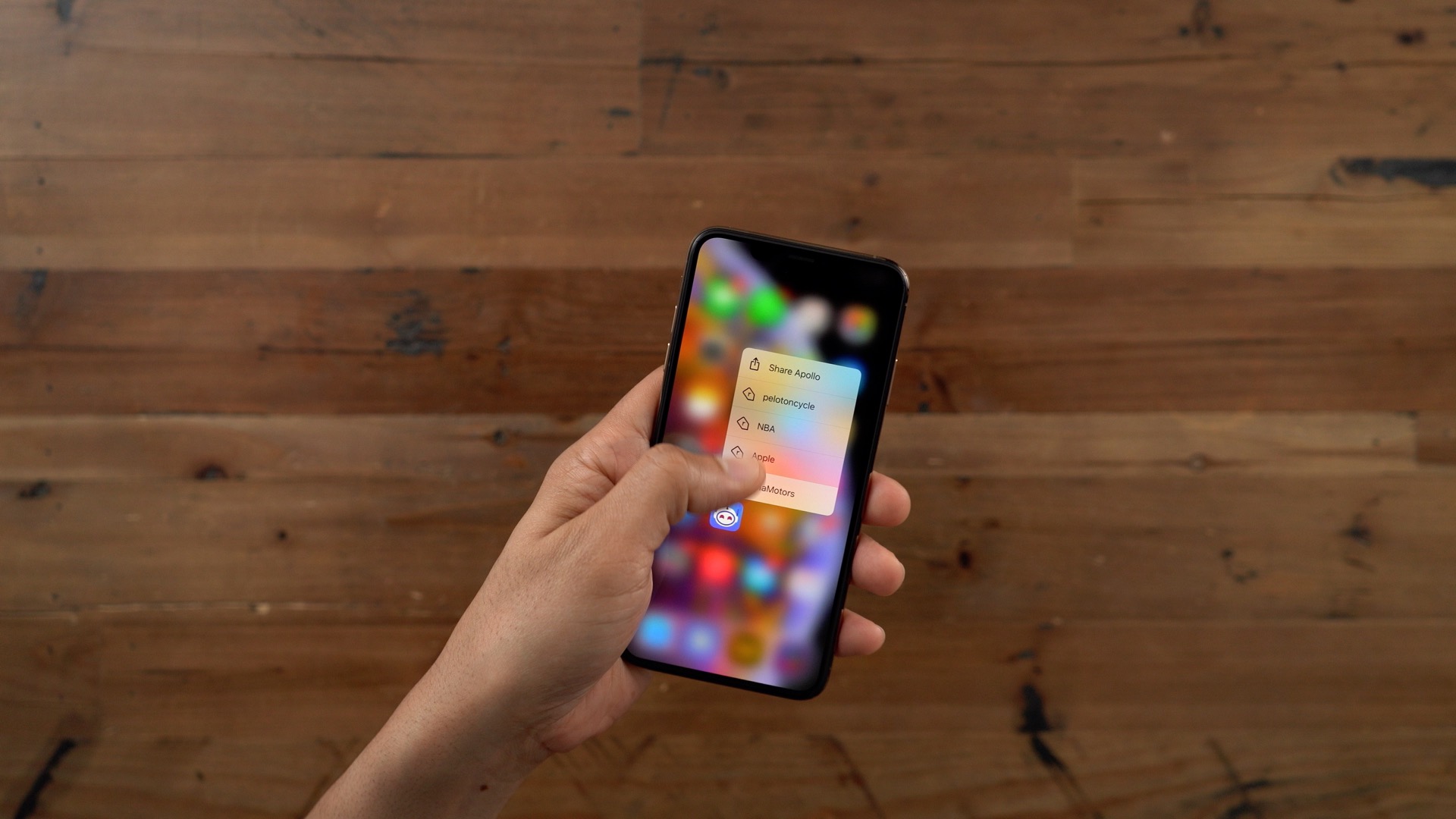 Unfortunately, 3D Touch wasn’t included on Apple’s so-called budget flagship, the iPhone XR, which has no-doubt lead to rumors suggesting that Apple may be looking to abandon the feature in the future.

I was skeptical at first about Face ID, but after having it for a year with the iPhone X, and after enjoying the upgraded version on the iPhone XS Max, I’m firmly convinced that it’s a better biometric solution than Touch ID. Touch ID had its time and place, but it feels a bit old when compared to Face ID, which doesn’t require the user to do anything other than look at their phone for it to unlock and authenticate within apps. 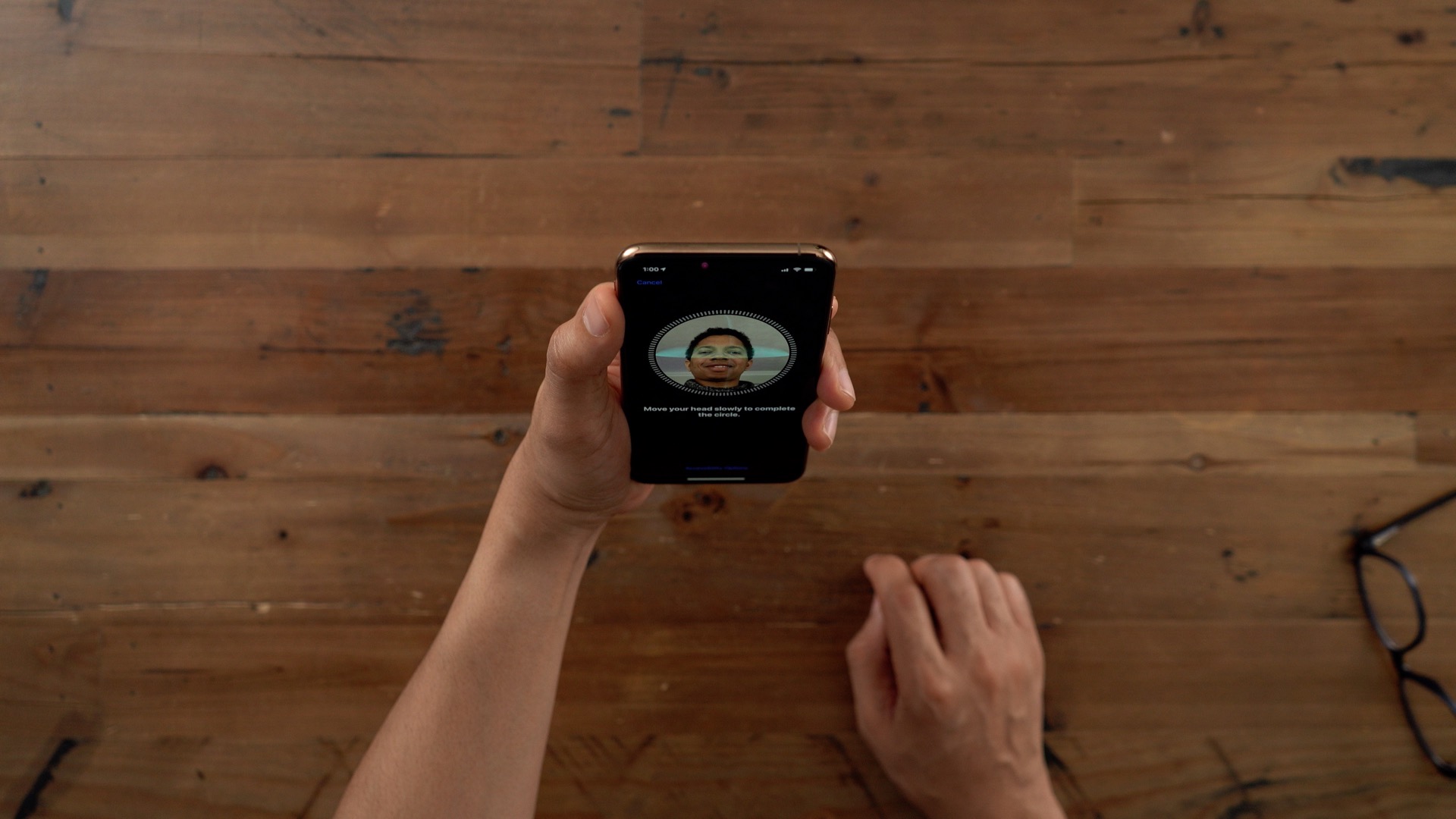 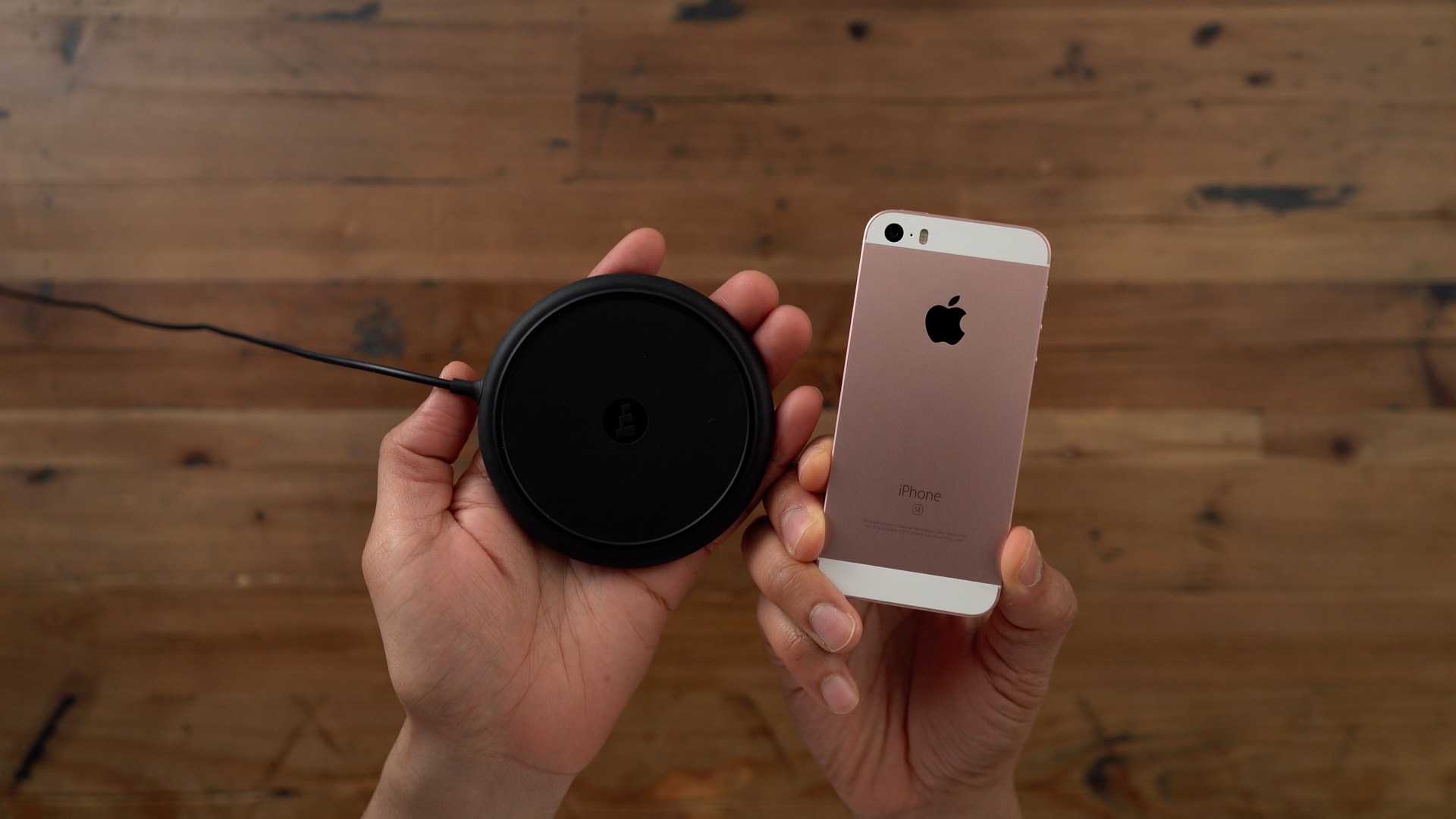 No wireless charging on iPhone SE

One of the features that I ended up missing most during my time with the iPhone SE was tap to wake. The feature, which debuted with Apple’s first OLED phone, the iPhone X, is a convenient way to wake up your iPhone by simply tapping the screen. The iPhone SE, on the other hand, requires that the user press the physical Home button or Sleep button to wake up the phone. 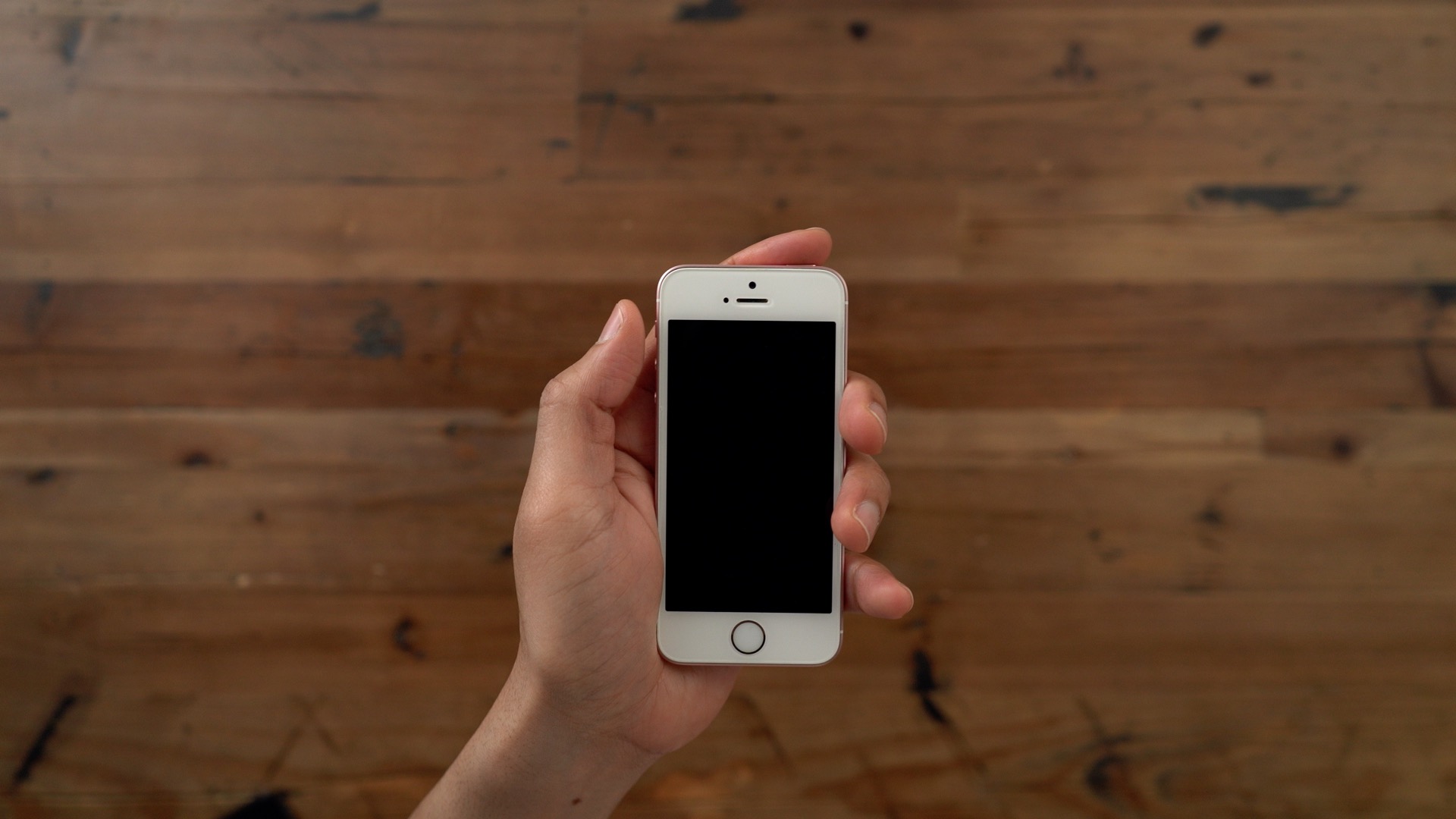 No tap-to-wake on iPhone SE, only raise-to-wake

The iPhone XS, with its 6-core Apple A12 Bionic chip is in a whole different league as far as performance is concerned. But for someone who is okay with using an iPhone SE in 2019, it’s likely that performance isn’t as big of a priority as other factors on this list. 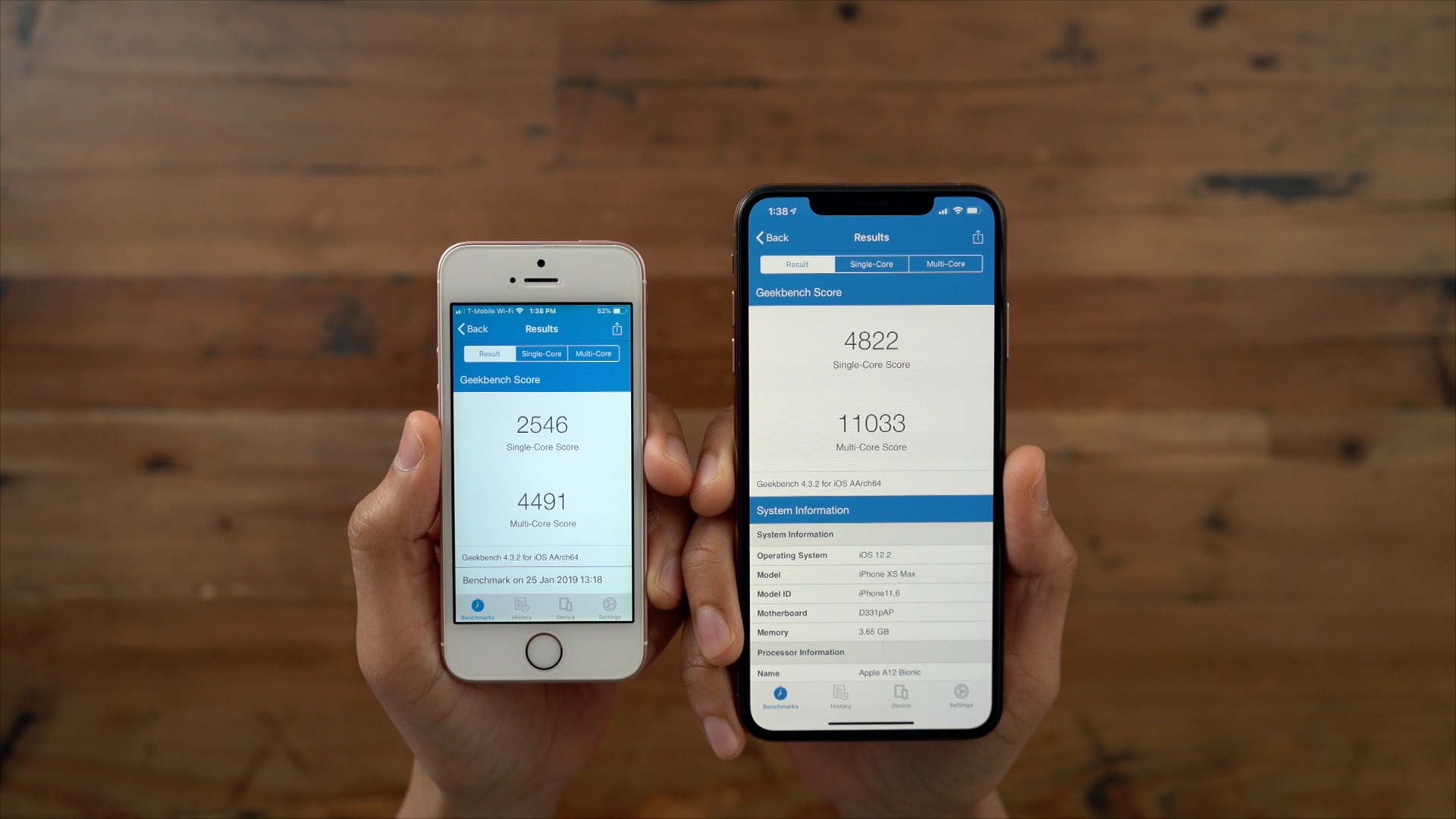 With that said, the A12 is a massive improvement over the A9 in the iPhone SE. Not only are such advancements made evident from games and benchmarks, but it allows for other enhancements such as real-time machine learning, augmented reality, and more.

As you might expect, graphics are much improved as well, with a 4-core Apple-designed GPU with Metal 2 support. There’s also the 8-core Neural Engine for on-device machine learning, and an an enhanced image signal processor that allows for things like Portrait mode and Smart HDR for increased dynamic range in photos.

With everything that we’ve discussed in this post, it brings about one obvious question: Should Apple release a modern take on the iPhone SE? Personally, I think all of its future phones should adopt design language similar to the SE, but I also think it’s a good idea to release a smaller budget iPhone inspired by the highly-adored iPhone SE. 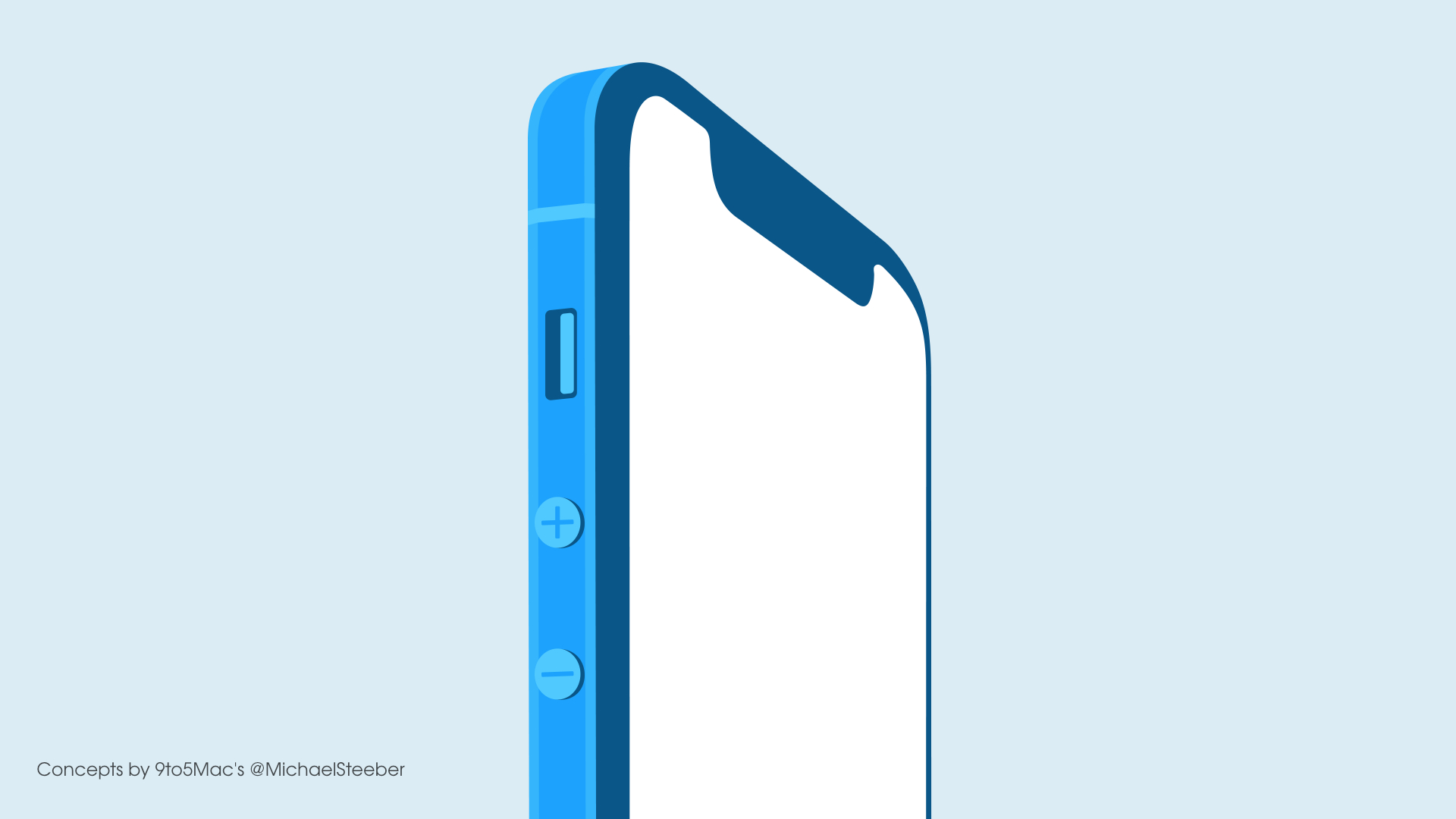 Imagine an all-screen nearly bezel-free design with iPhone 5s-era design cues. That alone would allow a new iPhone SE to have far greater on screen real estate, while retaining a similar physical footprint. 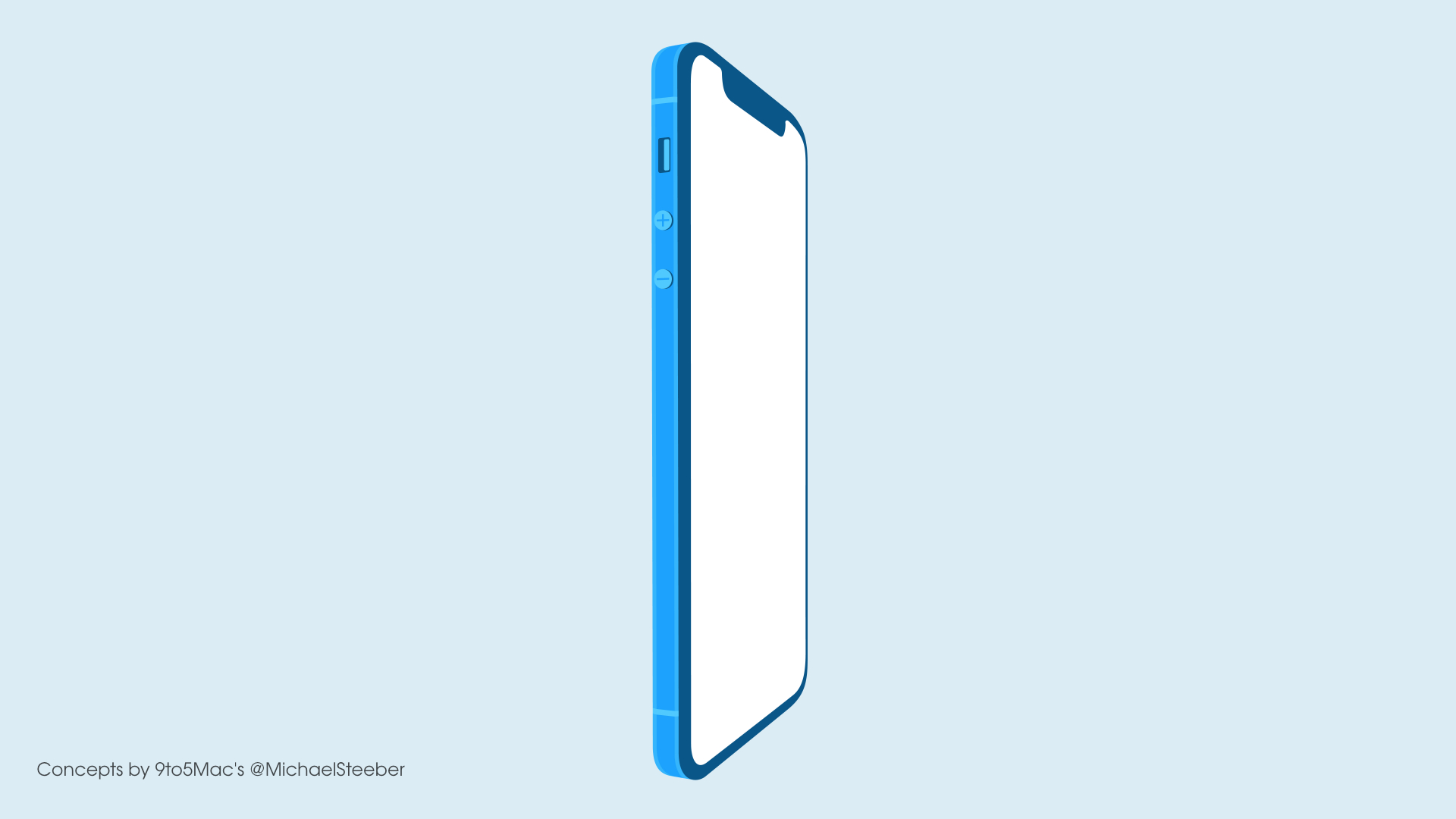 Now imagine for a second, a camera similar to the iPhone XR, a faster A12 Bionic chip, an OLED display, and features like Face ID and tap to wake. That sounds like an iPhone that would be insanely popular to those who dislike large phones. 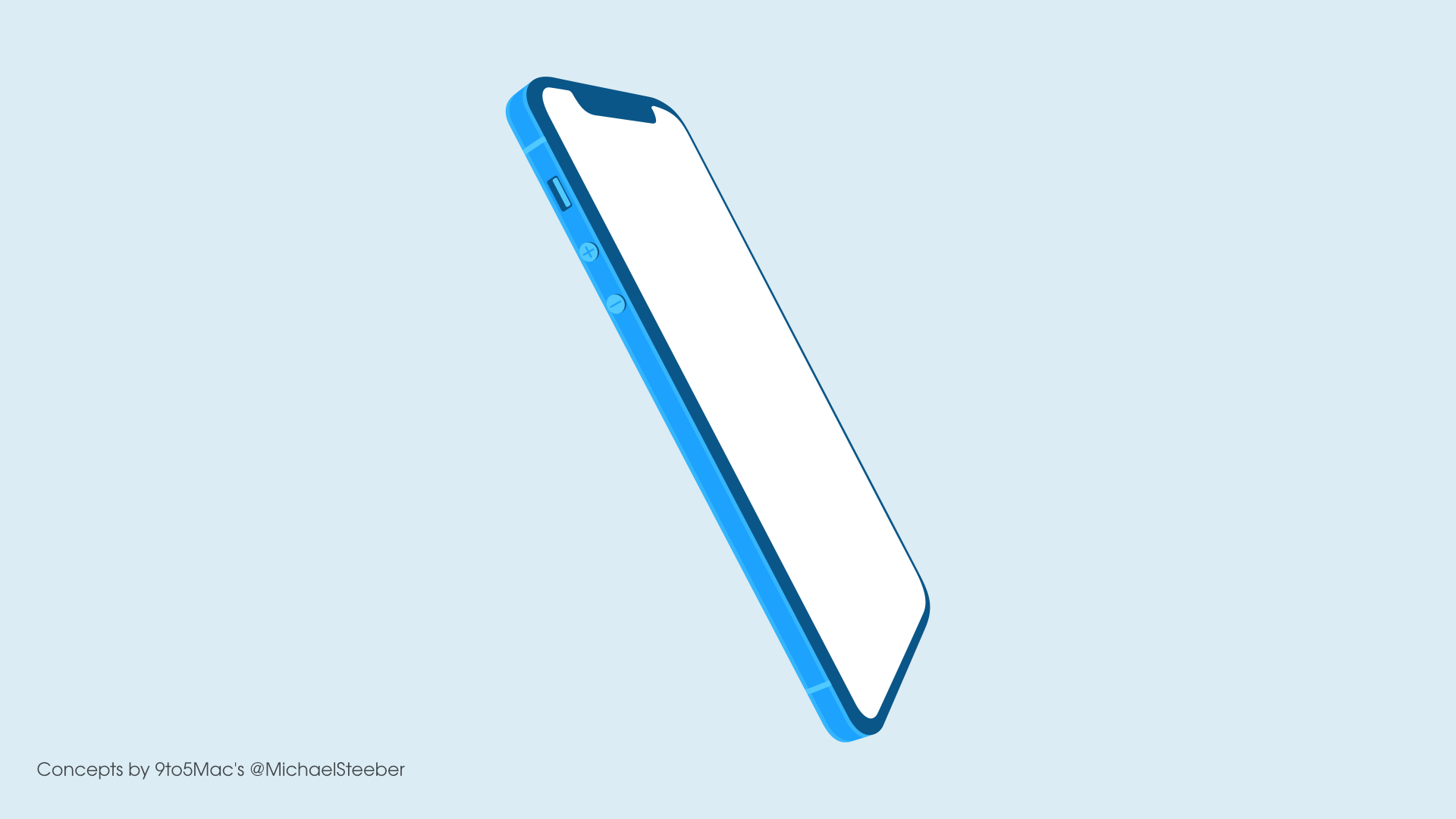 The original iPhone SE was a great phone, no doubt, but it’s a phone that’s lacking a lot in 2019. If form-factor trumps everything else, then its an obvious choice, but if other factors weigh in on your opinion, I think it would be hard to justify purchase an iPhone SE in 2019, even at $249. 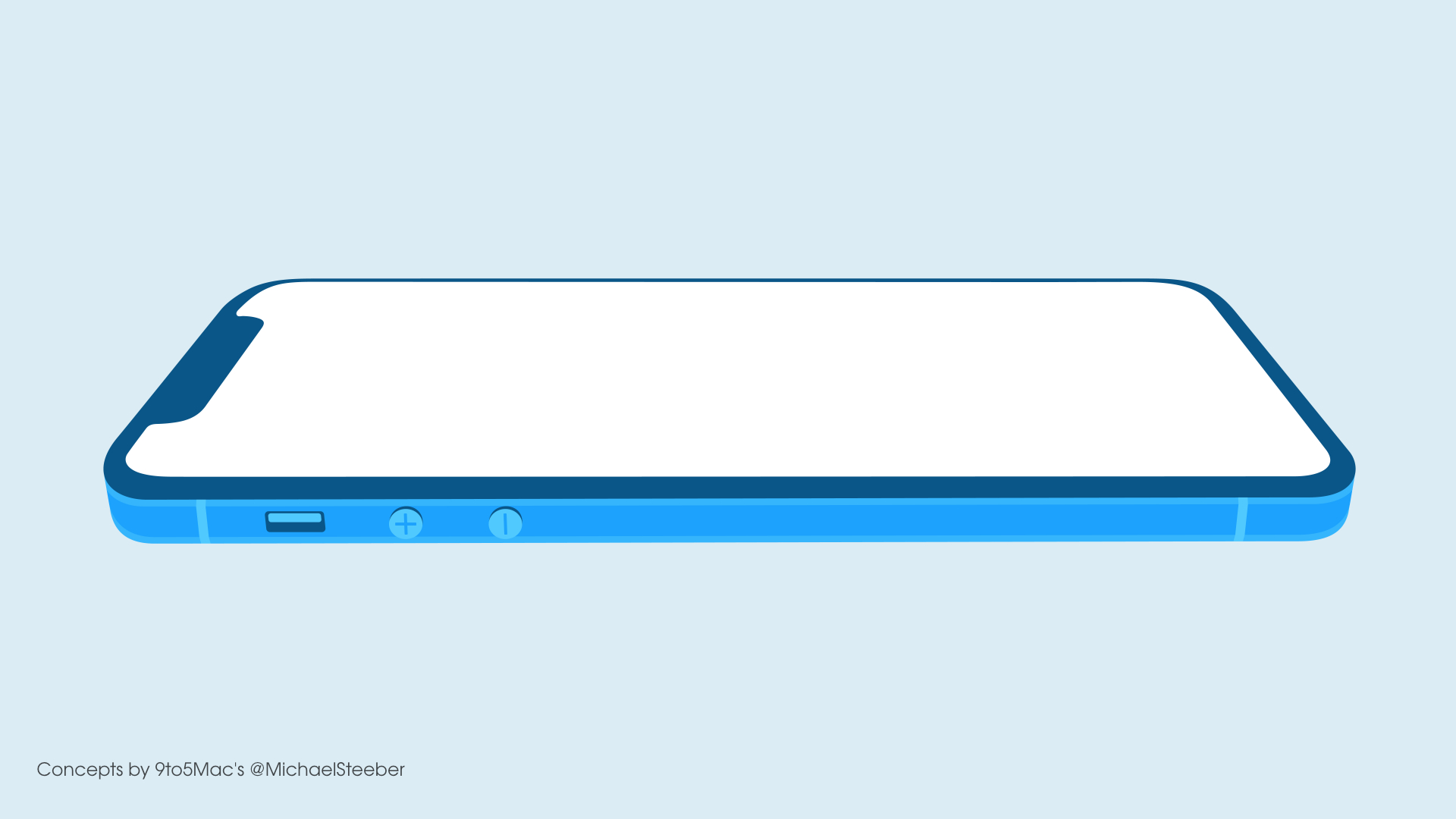 What do you think? Is the iPhone SE worth purchasing today? Should Apple release an updated version? Would you prefer a new iPhone SE-styled phone as a budget model over the iPhone XR? Feel free to sound off down below in the comments with your thoughts and opinions.