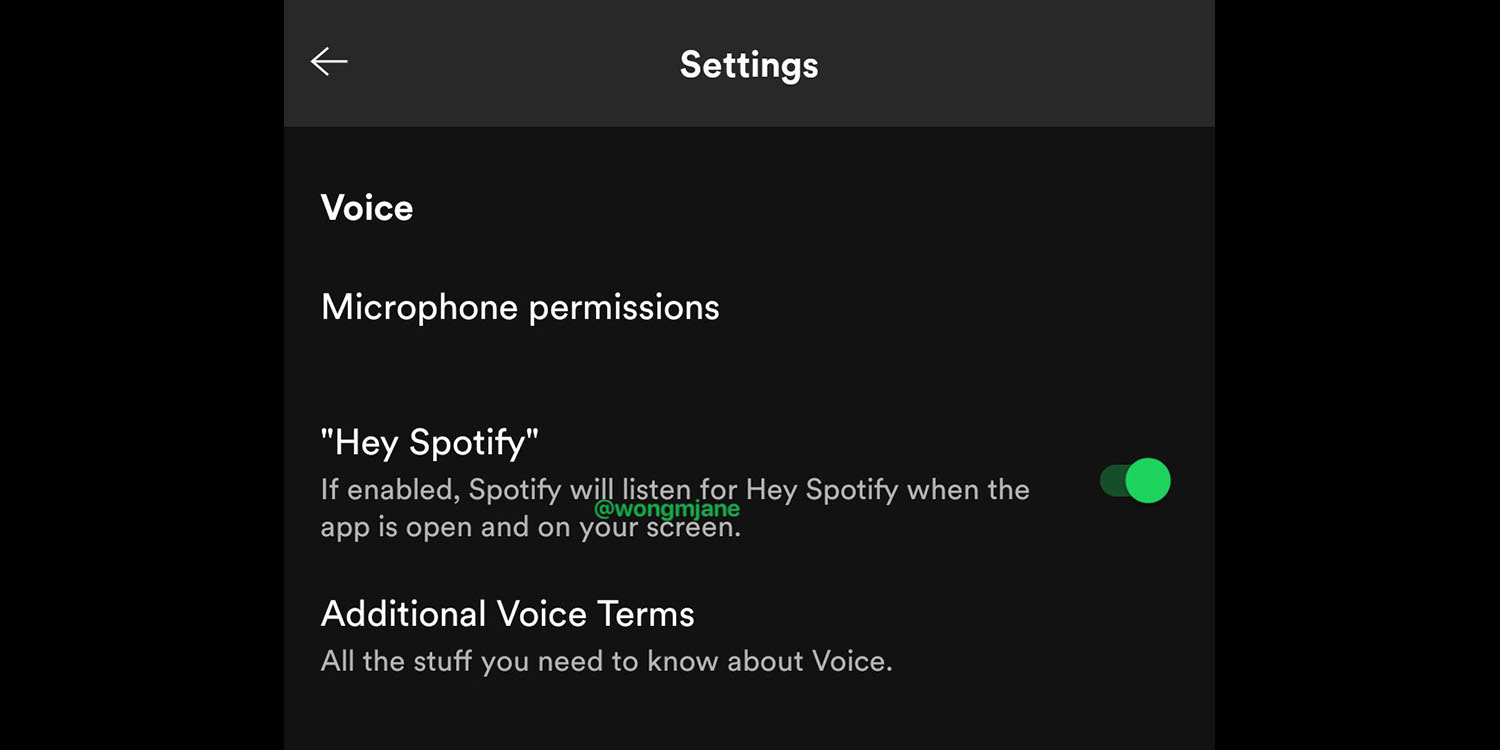 Code discovered in the Spotify app indicates that it may soon be able to respond to a “Hey Spotify” command. That would enable it to do similar things to Siri with Apple Music, like play a specific song, album, artist, or playlist without the need for touch input first …

Saying “Hey Spotify” when Spotify is on the screen launches the same Spotify Voice we all know before.

As it stands, it doesn’t seem a massively useful option in the app.

If enabled, Spotify will listen for Hey Spotify when the app is open and on your screen.

In other words, it will only work if the app is in the foreground. That suggests it might be useful for a few edge cases, like a playlist ending while you’re driving, but not exactly top of the priority list for new features.

Which is why it’s likely to be more evidence of Spotify working on its own hardware. It’s almost odd at this time that the company doesn’t have its own smart speakers, and the Financial Times reported more than a year ago that it was planning to roll out a voice-activated in-car player.

Spotify has a new target as it makes a break for independence from devices made by Apple, Google and Amazon: the car dashboard. The music-streaming pioneer is planning to roll out a voice-controlled in-car music player later this year, according to people familiar with its plans, marking its first push into hardware […]

Spotify’s device will sync to car stereos via Bluetooth connection, as well as preset buttons that correspond to Spotify playlists, according to people briefed on the plans. The device would also allow people to control the player by voice, these people said.

As of last October, you can ask Siri to play music on Spotify. I’ve argued that Apple should go further and allow people to choose Spotify as their default music player.