The BMW Group took a leading role in the seamless integration of smart devices and the customers’ digital ecosystem in the early stages. Providing customers with simple, connected and “keyless” access to their vehicles has been a key area of innovation. Today, it is already possible to lock and unlock the vehicle, start the engine and share the key with others using the BMW Digital Key as part of BMW Connected on the smartphone. But this is only the first step in a global technological transformation being shaped and led by the BMW Group.

BMW goes on to acknowledge the Car Connectivity Consortium responsible for standardizing the new Digital Key feature between cars and connected devices. Notably, Apple’s involvement with the CCC was publicly referenced in 2018:

The CCC recently made news when it unveiled new features for version 2.0 of Digital Key:

The Digital Key Release 2.0 specification leverages NFC – a short-range wireless connectivity standard for contactless communication between devices such as smartphones or tablets. CCC uses existing industry standards like NFC as much as possible to ensure high interoperability between vehicles and a wide range of industry devices.

Companies including Apple and BMW can already support Digital Key Release 2.0, and new features in version 3.0 will further enhance the experience:

The Digital Key Release 3.0 specification will enhance Digital Key Release 2.0 by adding passive, location-aware keyless access. Rather than having to pull their mobile devices out to access a car, consumers will be able to leave their mobile device in their bag or pocket when accessing and/or starting their vehicle. Passive access is not only vastly more convenient and a better overall user experience, it also allows vehicles to offer new location-aware features.

To support these new features, the CCC is developing a specification based on Bluetooth Low Energy (BLE) in combination with Ultra-Wideband (UWB) to enable passive keyless access and to allow secure and accurate positioning.

Relevant for Apple, version 3.0 will take advantage of the UWB, or ultra-wideband chip, introduced to iPhones with the iPhone 11, iPhone 11 Pro, and iPhone 11 Pro Max. Apple has only used the UWB chip for a minor enhancement to its AirDrop wireless data transfer feature.

BMW describes how UWB will be useful for Digital Key:

In the near future, Digital Key specification will be enhanced by the ultra-wideband (UWB)-based release 3.0. This will offer maximum anti-theft protection and enable precise localisation between the device and the vehicle. As a result, the mobile phone must no longer be held directly up to the door handle to unlock the car, but can conveniently be left in the pocket.

Apple working closely with BMW for Digital Key is no surprise. BMW was also the first car maker to adopt Wireless CarPlay, Apple’s advanced version of its useful infotainment feature based on the iPhone.

We expect Apple to brand their Digital Key support as CarKey, similar to CarPlay. It’s possible Apple will require the iPhone 11 and later for CarKey so the feature will be more convenient and secure, although beta code can be triggered on other iPhones. 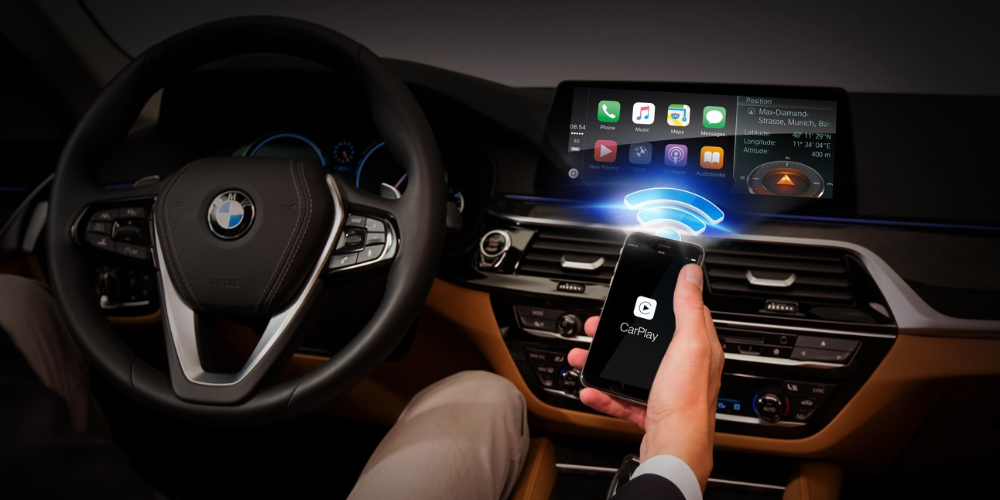 CCC’s Digital Key standard also works with tablets, although it’s unclear if the iPad will work with Apple’s CarKey feature. Apple has only included the UWB chip in iPhones to date, although iOS 13.4 beta code clearly references Apple Watch support.

This may suggest Apple CarKey will only require NFC chips found in several iPhone generations, although it’s possible the next Apple Watch could gain UWB and be required for Apple CarKey. 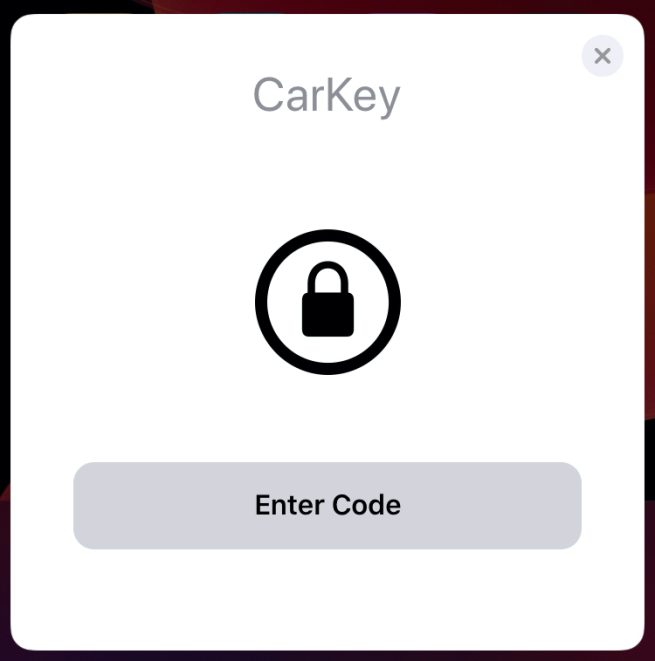 9to5Mac expects CarKey to work for locking, unlocking, and starting cars using the iPhone in place of a physical car key or key fob. Virtual car keys will be managed in Apple’s Wallet app and work with an option for authenticating without a passcode or Face ID for a faster experience. These virtual car keys will also be shareable over Messages.

Similar to CarPlay, Apple could also support two versions of CarKey: one that requires near contact, and one that allows you to leave your iPhone in your pocket.

BMW drivers, for example, could unlock and start their car with Wireless CarPlay automatically initiated all without taking their iPhone out of the bag or pocket.

9to5Mac first discovered CarKey in an early beta version of iOS 13.4, and more assets showing the future user interface for CarKey can be found in iOS 13.4’s release version:

Ready to take the i8 for a spin @MaxWinebach? pic.twitter.com/bmKqY71BEd