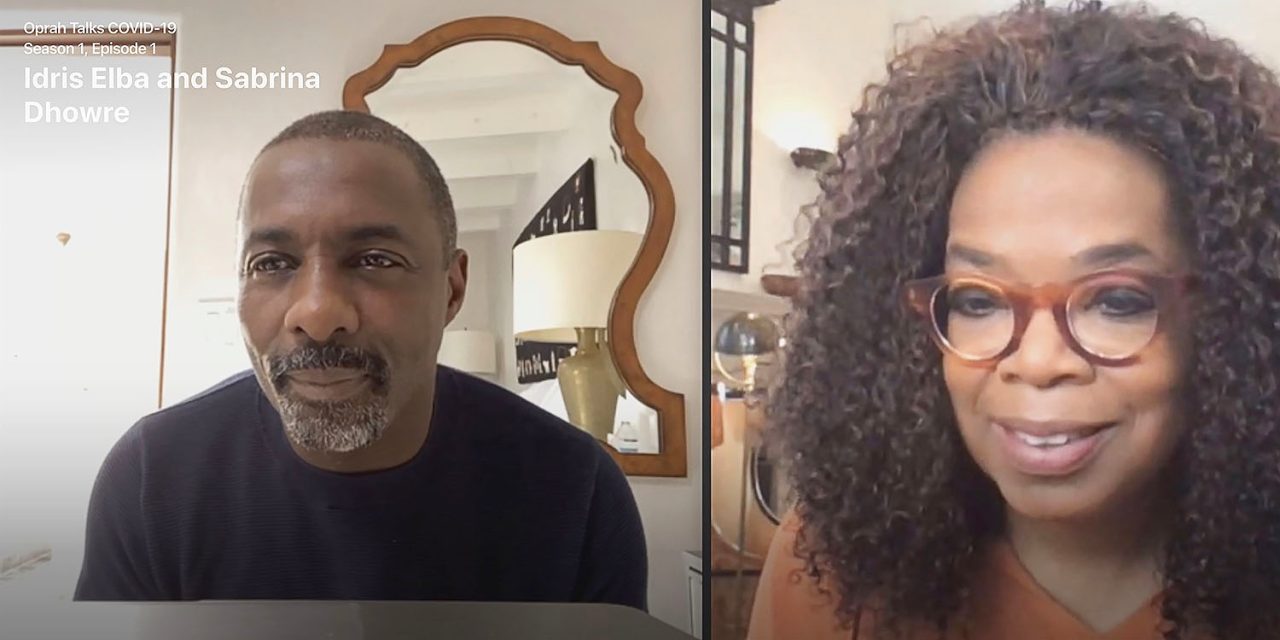 Elba tweeted on March 16 that he had tested positive, but had no symptoms.

This morning I tested positive for Covid 19. I feel ok, I have no symptoms so far but have been isolated since I found out about my possible exposure to the virus. Stay home people and be pragmatic. I will keep you updated on how I’m doing. No panic.

His wife had not been tested at the time and also has no symptoms.

The interview was conducted via FaceTime.

Which is why I FaceTimed @idriselba & his wife Sabrina who are safely quarantined together after he tested positive for COVID-19. Idris fills me in on his journey and Sabrina reveals the result of her test after they decided to quarantine together. pic.twitter.com/HETVZeqCPE

In the 30-minute episode, the blurb says ‘Oprah speaks with Idris Elba and his wife, Sabrina Dhowre, about living with COVID-19.’ That seems a tad hyperbolic when the lack of symptoms means it’s basically living in temporary self-isolation like many others.

Episode 2 is an interview with pastor Wintley Phipps on ‘the spiritual meaning of this moment.’

Unlike most shows, no Apple TV+ subscription is needed to watch.

In other streaming news, Disney+ has followed the examples of Netflix, YouTube, Amazon Prime Video and Apple TV+ in reducing streaming quality to preserve bandwidth for the many millions of people now working from home. CNET reports that the company has also been asked to delay the French launch.

Disney Plus is set to launch in Europe in a couple of days, although unfortunately for France, Disney has pushed its launch from March 24 to April 7, at the request of the French government.

Disney Plus is “proactively instituting measures to lower our overall bandwidth utilization by at least 25% in all of the markets launching Disney+ on March 24th,” said Kevin Mayer, Disney’s chairman of Direct-to-Consumer and International, in a statement (via Forbes).

Going even further, Disney has hinted it may reduce quality again, depending on how things go.