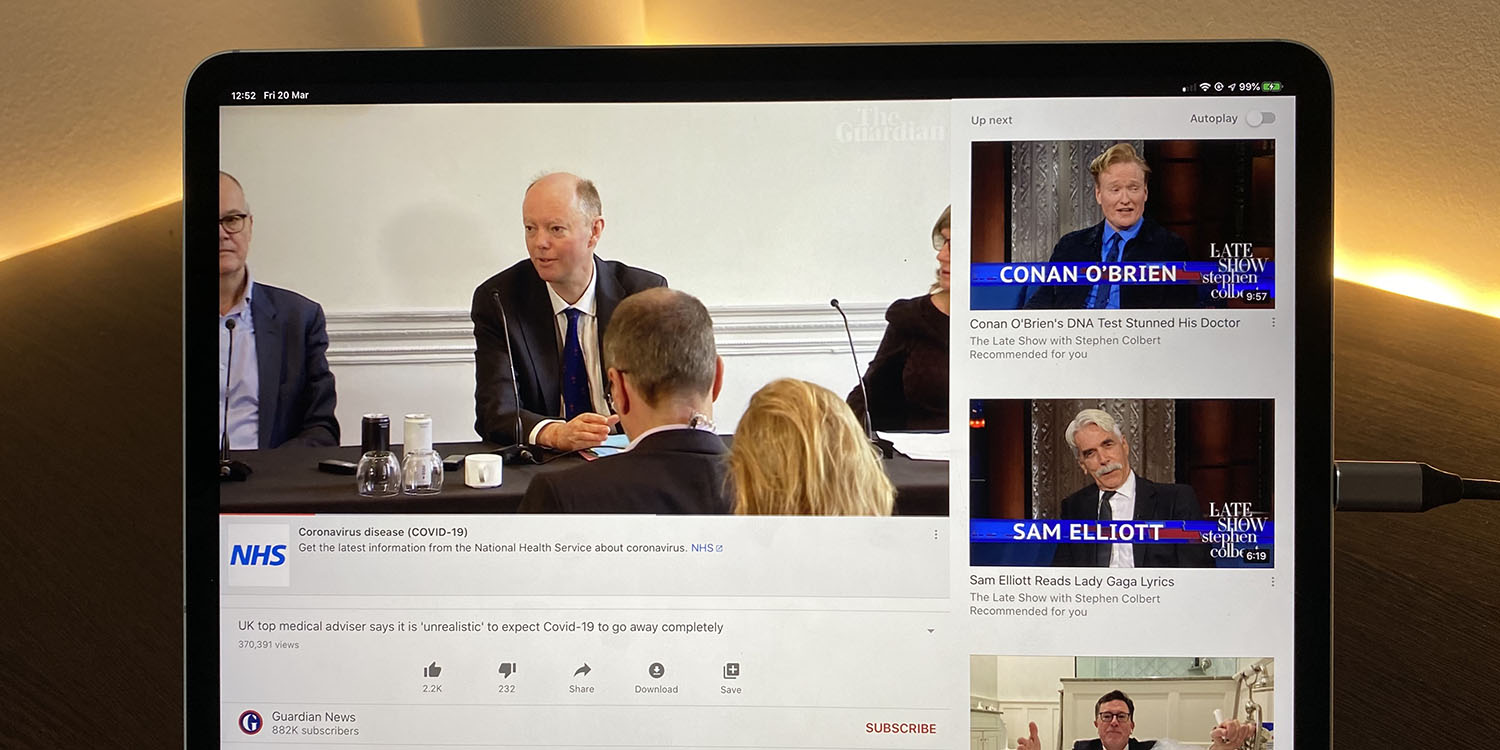 Netflix was yesterday asked to limit streaming quality in order to preserve Internet bandwidth for all the people working from home during the coronavirus outbreak, and the company has now confirmed that it is doing so in Europe …

The request was made by the European Commission.

Netflix says it is now doing this.

We are making a commitment to temporarily switch all traffic in the EU to standard definition by default.

Standard definition is essentially DVD quality. The biggest difference is likely to be noticed by those viewing closer-up on iPads and MacBooks.

YouTube said on Friday it will reduce its streaming quality in the European Union to avoid straining the internet as thousands of Europeans, constrained by the coronavirus outbreak, switch to teleworking and watch videos at home.

YouTube is the second company after Netflix to act after EU industry chief Thierry Breton urged streaming platforms to cut the quality of their videos to prevent internet gridlock. Videos account for a substantial part of internet traffic data.

The move came after Breton spoke to Alphabet CEO Sundar Pichai and YouTube CEO Susan Wojcicki. It said so far it had only seen a few usage peaks but decided to act to minimise stress on the system.

Update: Amazon says Prime Video will do the same.

Prime Video is working with local authorities and Internet Service Providers where needed to help mitigate any network congestion, including in Europe where we’ve already begun the effort to reduce streaming bitrates whilst maintaining a quality streaming experience for our customers

There’s no word yet on whether any of them will do the same thing in the US or elsewhere.