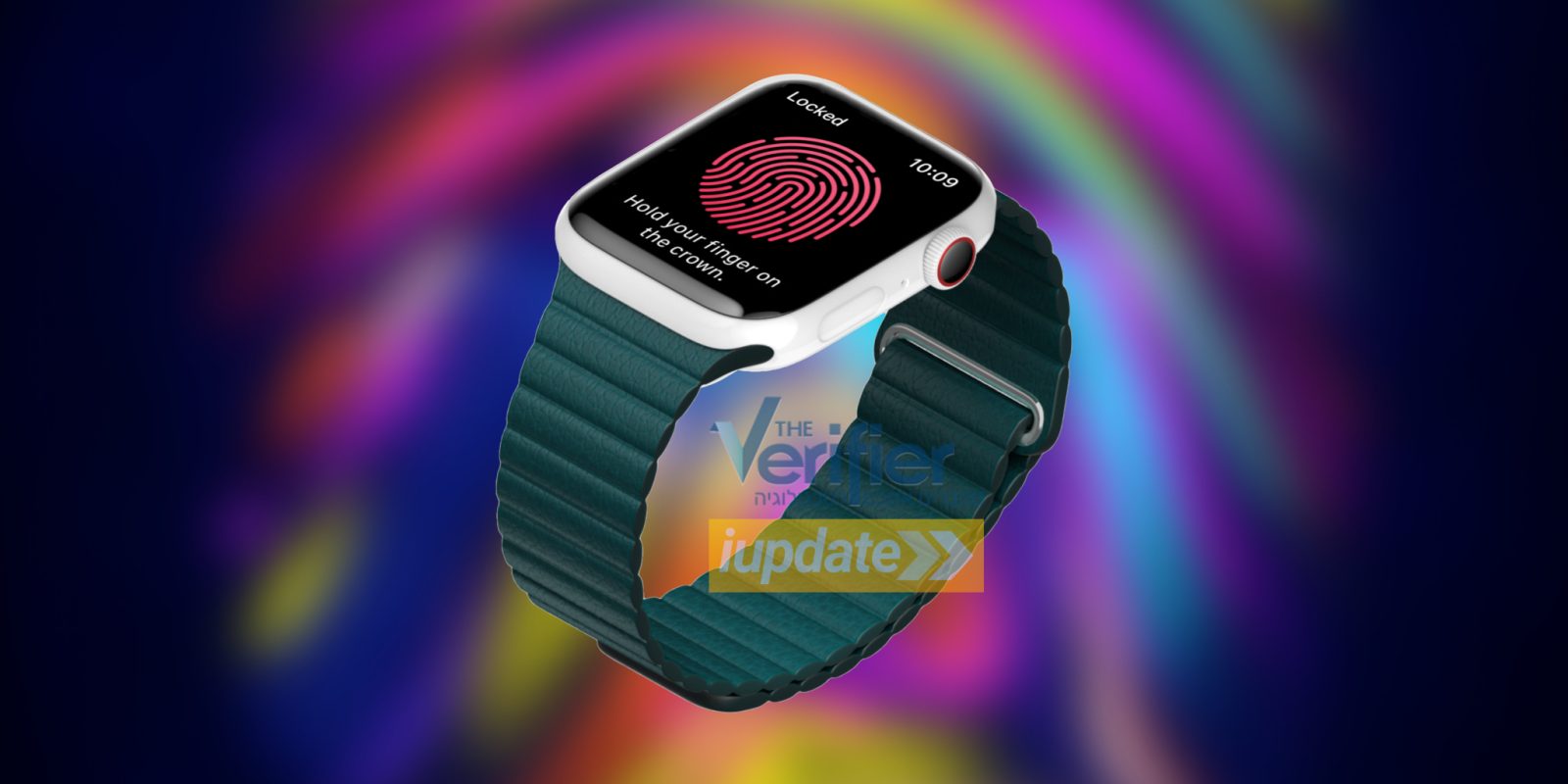 Following on from the Apple TV report from earlier this week, iUpdate and The Verifier are reporting on possible upcoming changes to watchOS 7 and the Apple Watch.

Most interestingly, the report claims that Apple is currently tackling two different approaches to adding Touch ID fingerprint unlock to the Apple Watch. One approach would be through integrating a fingerprint sensor into the Digital Crown. The other (cooler) method would be to add a fingerprint sensor under the screen. It’s not clear if this would be ready for this year, as The Verifier points to it being a Series 7 (2021) feature.

Right now, the Apple Watch offers no biometric authentication options. Instead, users must type in a PIN code the first time they put the watch on their wrist. The watch automatically locks itself when it detects it has been removed from the arm. You can also have your watch automatically unlock when the paired iPhone is unlocked.

This helps reduce the number of times you need to type in the PIN code, which makes Touch ID much less of a priority on the watch than on the phone. Nevertheless, it would be cool to have it — either through Touch ID on the crown or the screen.

Rumors about Apple adopting in-screen fingerprint sensors on the iPhone have been circulating for a while, as an alternative to Face ID unlock. However, we currently do not expect to see Touch ID on any of the iPhone 12 models.

We have also heard analysts like Ming-Chi Kuo suggest that Apple is exploring adding a fingerprint sensor to the power button on future low-end iPhones, which would allow the company to offer a full-screen device without incorporating the costly TrueDepth camera system.

The button approach is roughly analogous to adding a fingerprint sensor to the Apple Watch’s crown. However, actually doing that poses its own challenges as right now the crown is used to enable the electrocardiogram feature. Ever since the ECG was added in Apple Watch Series 4, the crown’s faceplate is covered by a titanium electrode. It’s not obvious how Apple could add a capacitive fingerprint sensor there too.

Beyond Touch ID, the report corroborates 9to5Mac’s reporting on blood oxygen sensor and sleep tracking coming to the Apple Watch with watchOS 7. There will also be improvements to Siri’s capabilities and a wider system UI refresh, according to the report.

The Verifier does not expect major hardware changes to the watch itself this year. Whilst Apple may add some smaller features like WiFi 6 and enhanced battery life, the general industrial design of the device should remain the same. It has been reported by Bloomberg that sleep tracking will not be compatible with existing watches. If that turns out to be true, sleep tracking would become the Apple Watch Series 6’s distinguishing feature.

We expect to see Apple officially unveil watchOS 7 at the WWDC Keynote in June. WWDC will be an online-only affair this year and the company is yet to confirm an exact date for the keynote event. The next generation of Apple Watch hardware is expected to launch in the fall.