Apple patent shows landscape iPad use as the new normal, but with a notch 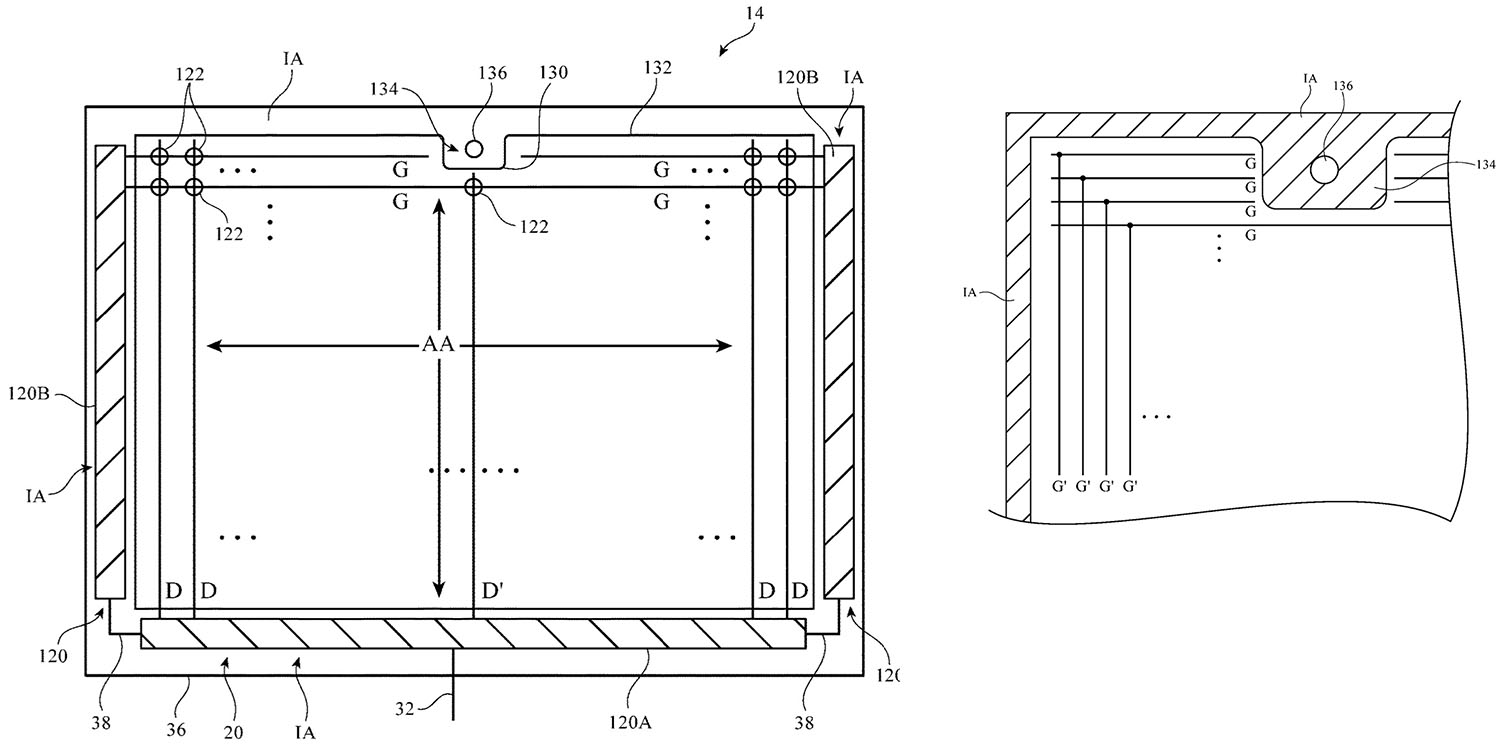 Landscape iPad use seems to be gradually emerging as the new normal. While Apple persists in making them with the logo oriented for portrait use, we’ve recently seen signs that the company has now woken up to the reality that the devices are more often used horizontally.

The 2020 Smart Keyboard Folio, for example, finally swaps a vertical Apple logo for a horizontal one. The upcoming Magic Keyboard likewise has the logo in landscape format …

Patently Apple spotted that an Apple patent published today shows the front-facing camera and Face ID sensors moved to the horizontal side.

Today the U.S. Patent and Trademark Office officially published a granted patent for Apple that illustrates an iPad with its TrueDepth camera set in landscape mode. This would be more natural for using Face ID on an iPad Pro in Notebook mode.

While Apple’s iPhone X was first to receive the new TrueDepth camera with a notch, Apple’s latest granted patent illustrates Apple’s plan to add the TrueDepth camera to an iPad and more particularly, to an iPad in landscape mode as noted in patent figure 6 below.

As someone who almost always uses my iPad in landscape mode, it’s long struck me as bizarre that Apple has continued to orient the front-facing camera and logo for portrait use even as it increasingly positions the iPad and keyboard as ‘a computer.’

Moving the Face ID sensor makes particular sense, as it’s very easy to accidentally cover the camera when picking up the iPad in landscape orientation.

One less-welcome element seen in the patent is a notch for the camera. Since there is no difference in the bezel size on long and short sides of current-generation iPad Pros, that would seem entirely unnecessary.

However, the actual text of the patent does say that a notch is just one option, and that the electronics may equally be hidden in the bezels.