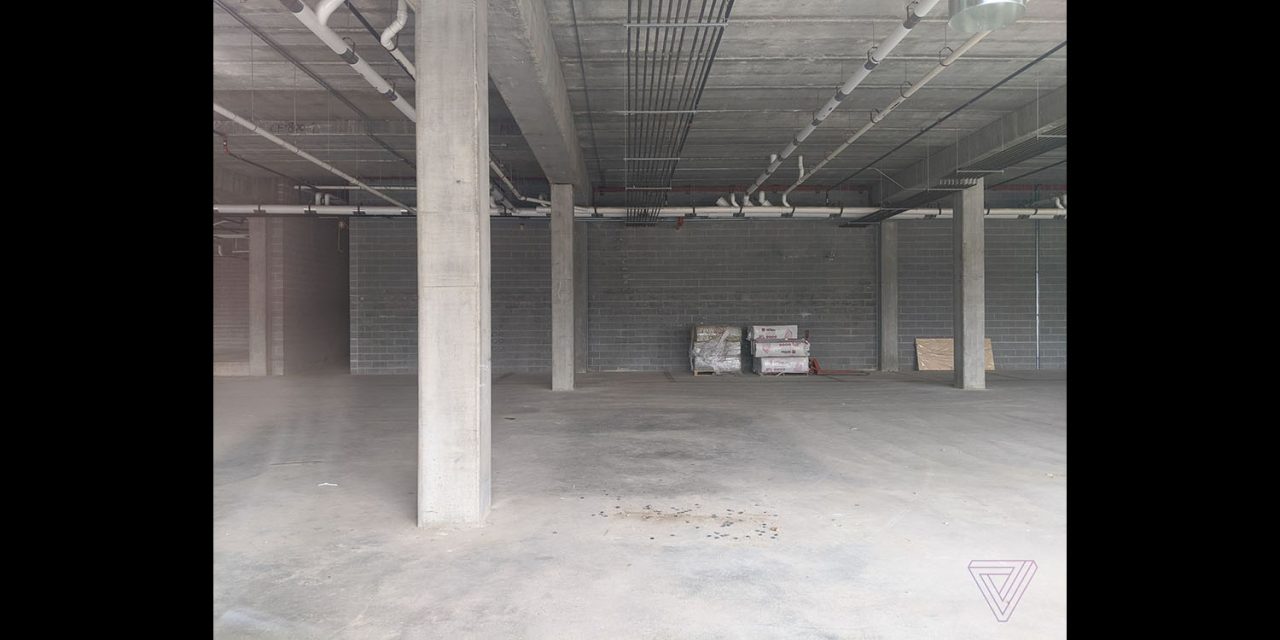 Foxconn’s Wisconsin offices remain empty a year after the company said it would “correct” statements about them being unoccupied, says a new report today…

The Verge published a report last April stating that the offices were empty after taking photos through the windows. Foxconn claimed that the report was inaccurate, and that it would issue a statement of correction.

‘I can assure you that they are not empty,’ Alan Yeung said. ‘But we also don’t want people to climb up on trees and look over to make sure we have occupancy.’ (For the record: No one ever climbed on trees. We simply looked in the window.)

Yeung went on. ‘We don’t actually make an effort to acquire buildings to leave them empty. We do have a plan and we actually will make sure the building is adequate and well-equipped before we move people in,’ he said. ‘So you will see a lot more coming in the next months, the next year or so,’ Yeung said.

‘I can assure you it will not be empty and they’re not empty right now,’ he added.

Here’s another photo taken of Foxconn’s innovation center in Eau Claire, Wisconsin, this past Friday [above].

Foxconn originally promised to turn two buildings in Eau Claire into office space and research facilities. It never purchased one of the buildings and has taken out no substantive building permits for the other, the glass-fronted downtown building pictured above.

Matt Jewel, an engineering professor at the nearby University of Wisconsin-Eau Claire, which Foxconn was supposed to recruit from, said there has been ‘no visible activity whatsoever’ at the property. Foxconn was also absent at the school’s career fair this February […]

A search of records for Foxconn’s property in Madison turned up no building permits, and other tenants of the building have not seen any Foxconn employees.

The latest pivot for Foxconn’s Wisconsin factory is that it will now make ventilators in partnership with a US medical company to help hospitals cope with the coronavirus crisis. Given the track record to date, we’ll believe it when we see them.