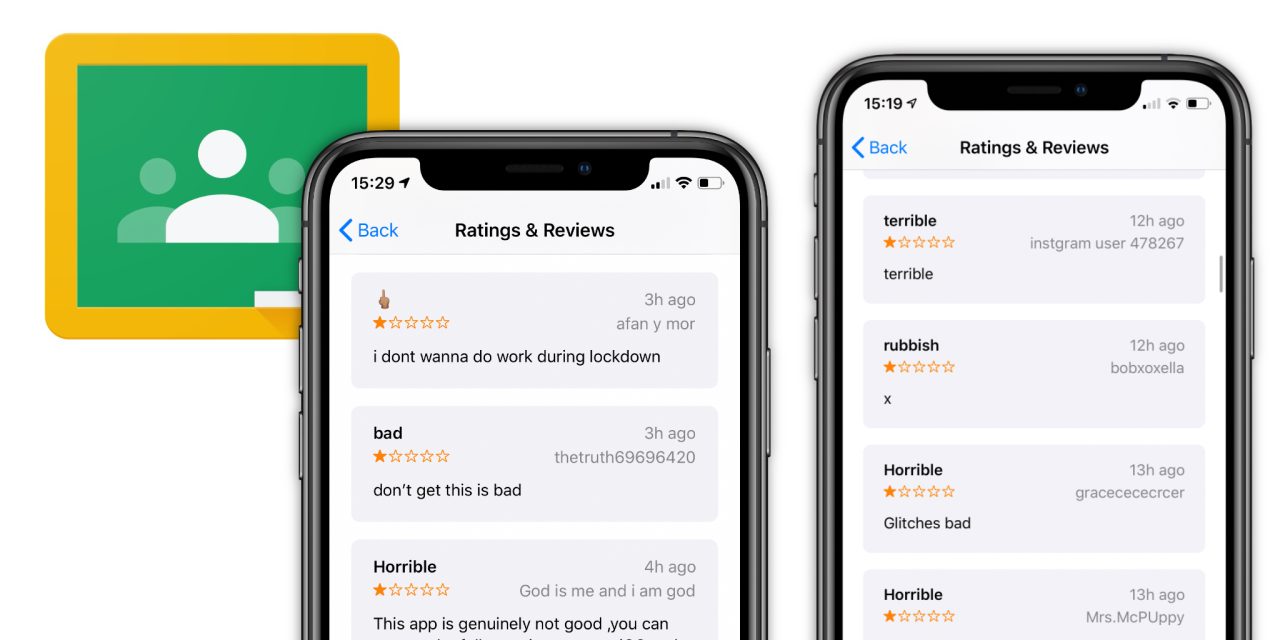 Many schools around the world base their IT deployments on Google services. As schools were forced to shut down as a result of the coronavirus quarantine rules, many institutions have flocked to Google Classroom to keep up the curriculum for students and send out homework. It turns out that the students are less pleased with this arrangement.

No doubt the number of people using Google Classroom has hit record highs, with the app reaching the top 5 in the App Store Education charts.

However, the Google Classroom app has also been flooded with thousands of 1-star reviews in the last couple of weeks. Whilst some users seem to be reporting genuine issues relating to bugginess of the application, many people simply seem to be using the App Store reviews as a way to vent that they are being set too much homework during this period.

Compounding on this effect, there also is a TikTok meme being circulated that recommends students to rate the app one star. The idea being, if the app gets rated poorly enough, Apple will remove it from the App Store and the schools won’t be able to distribute any more work.

A funny endeavor, but to be clear the App Store does not remove apps on the basis of their star rating. Apple periodically removes older apps that are not in compliance with App Review guidelines, or have not been updated to support newer devices, but they do not really discriminate based on app quality or how highly the app is reviewed.

As a result of the app review crusade, the app currently sits at a 1.7 average rating in the US App Store. Nevertheless, Google Classroom is not going anywhere.