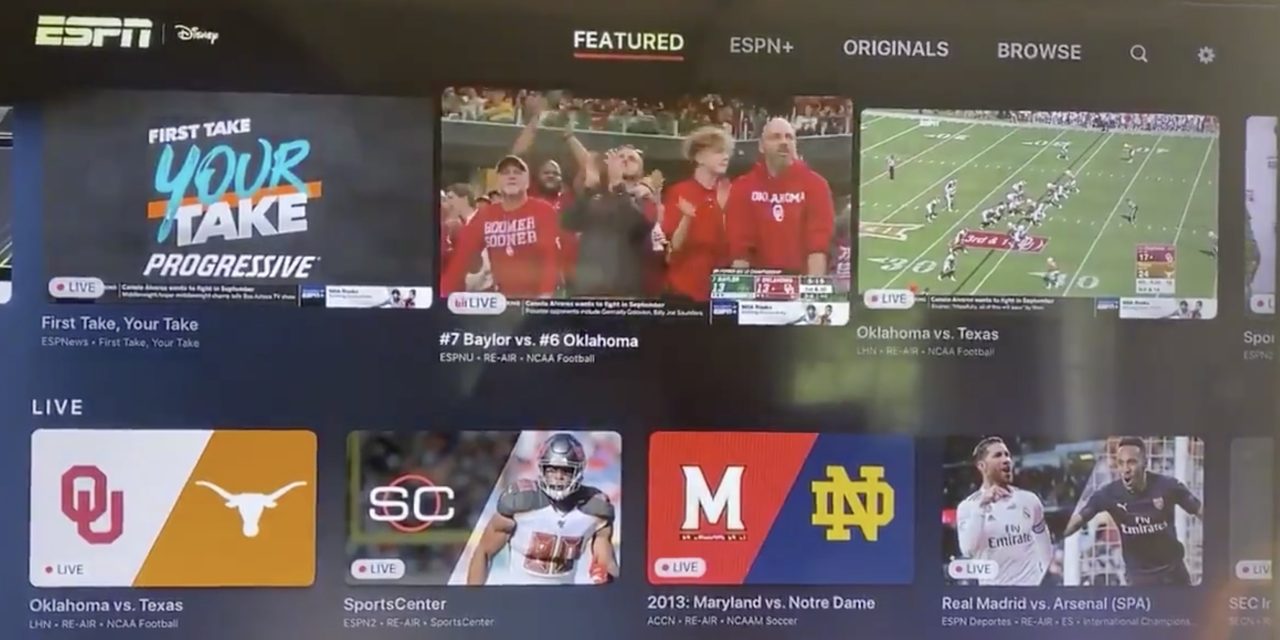 Just in time for the 2020 NFL draft starting this evening, April 23rd, ESPN has updated its Apple TV app with the ability to auto play 3 live channels/games simultaneously.

ESPN’s most recent update this week for iOS, tvOS, and watchOS only mentions “Bug fixes and optimizations” but the company’s Senior Director of Product shared about the new feature on Twitter.

We launched a new version of the @espnapp on tvOS today. Fav feature is 3up auto play of live channels it’s glorious. I can’t wait for the draft. Go team.

That’s great timing for those who want to watch the NFL draft that starts tonight while keeping an eye on other channels and browsing around.

The 3up auto play of live channels feature also would have been great for March Madness but we’ll have to wait until next year to take advantage of that since the NCAA championships were canceled due to the pandemic.

A bit different, ESPN for Apple TV has allowed users to watch four games simultaneously since 2017 but that takes up your entire screen, while the latest 3up auto play feature allows you see multiple live channels/games and still browse featured content on the ESPN home screen.

We launched a new version of the @espn app on tvOS today. Fav feature is 3up auto play of live channels it’s glorious. I can’t wait for the draft. Go team. pic.twitter.com/k8CJr2IL0L