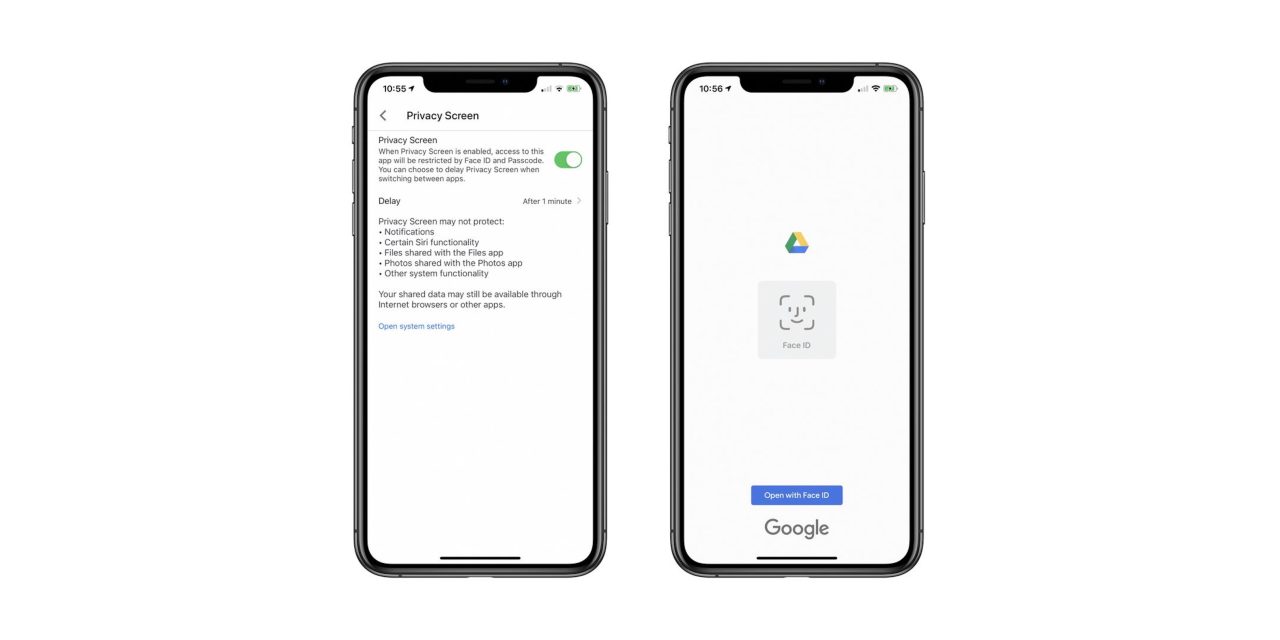 Google Drive has received an upgrade today that adds an extra layer of security to your files stored with the service via Face ID or Touch ID on iPhone and iPad.

Spotted by The Verge, the support for Apple’s secure and convenient Face ID and Touch ID showed up in the latest Google Drive for iOS release notes. However, the feature has been slowly rolling out to users since April (via Digital Trends), so the acknowledgment in today’s update likely means all users should now see the change.

You can choose to have Privacy Screen activate immediately as soon as you switch to another app — the Face ID or Touch ID screen will pop when you return to Drive — or delay it for 10 seconds, one minute, or 10 minutes to make multitasking a little less annoying.

Funny enough, Google Drive included passcode protection a while ago but it was pulled for some reason. It’s nice to see the feature return with Face ID and Touch ID support, even though it was a long time coming.

Google Drive is a free download from the App Store.