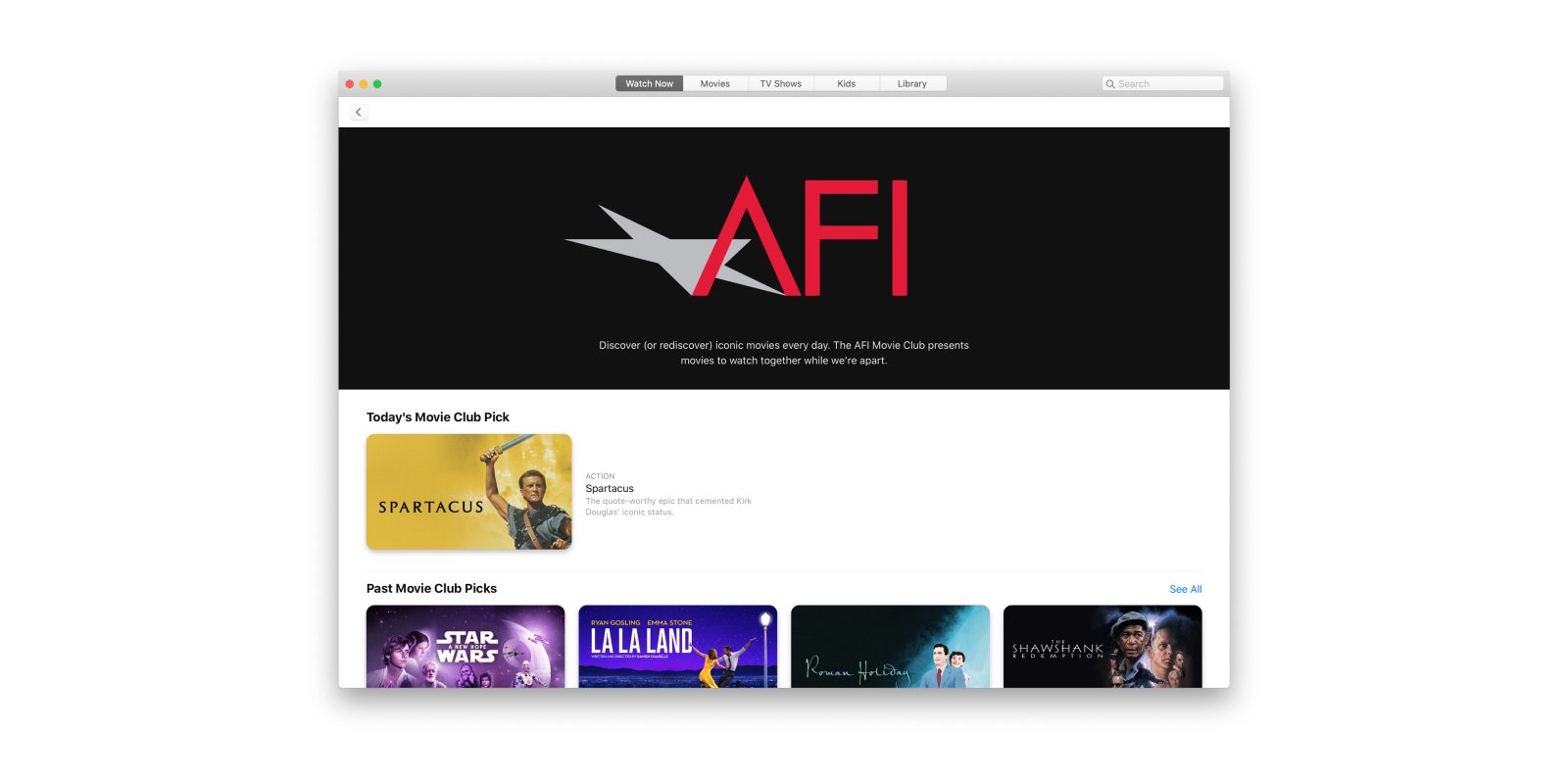 This means that under the “Browse by Collection” section in the Apple TV app on iPhone, iPad, Mac, Apple TV, and other platforms, you’ll now see a new film pick every day, as well as options to buy or rent it, or watch it on a streaming service if possible.

With its addition to the Apple TV app, the AFI’s films are listed under the “Browse by Collection” menu and will be updated daily with the latest selections. Tuesday’s pick: 1960’s “Spartacus,” starring Kirk Douglas, available to purchase for $14.99 or rent for $3.99. If a title is available to watch on a streaming service (like HBO Now, Hulu or Disney Plus), the Apple TV app will show you that option as well.

The AFI Movie Club picks are made by guests such as Steven Spielberg, J.J. Abrams, Brad Pitt, Emma Roberts, Natalie Portman, and many more. The series is being pitched as “movies to watch together while we’re apart.”

To find the AFI Movie Club section of the Apple TV app, open the app on any of your devices and scroll down until you see the “Browse by Collection” header.