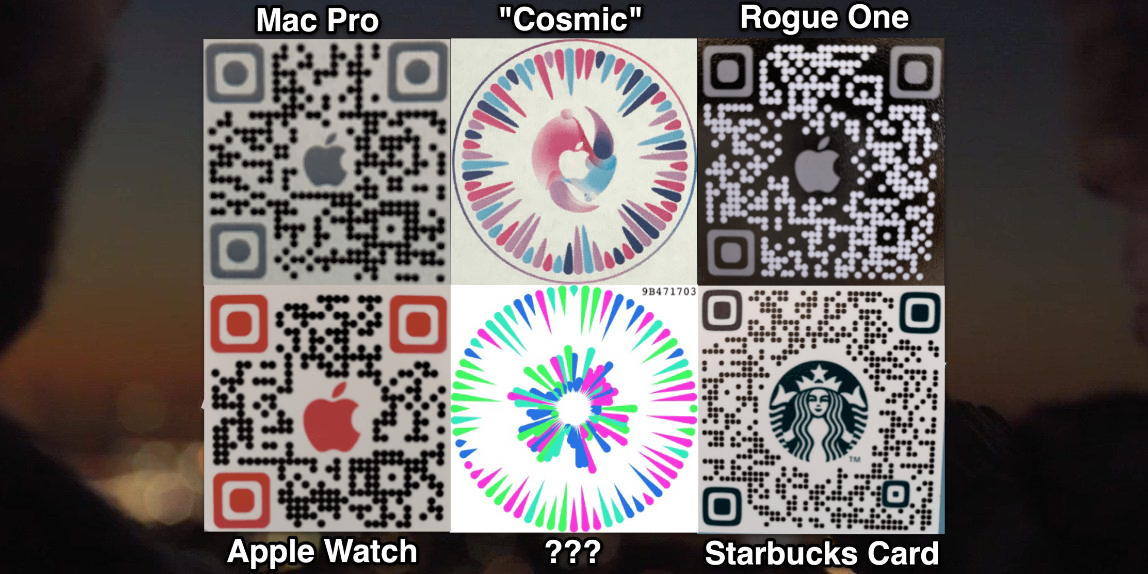 Back in March, we reported on a new augmented reality app that Apple is developing internally as part of iOS 14 builds. This involved scanning QR codes to enter AR environments, which will be viewable on the iPhone or a connected headset (like Apple’s in-development AR glasses).

The Twitter account Unknownz21 shared some screenshots from that build, which includes some cool custom QR code designs (the usual square QR code has a lot of redundancy, so you can include patterns or logos without data loss) as well as what appears to be a custom circular visual code designed by Apple. More via Josh Constine, from the Moving Product newsletter below …

In our March report, we reported that Apple was laying the groundwork for a Starbucks partnership. From Constine’s findings, you can see that Apple has mocked up a QR code featuring a Starbucks logo. There is also a funny pagoda 3D model asset, which could be placed onto the real world coffee tables for decorative purposes as the user explores the augmented reality storefront experience.

The new circle format tags encode data based on the lengths of lines that connect to the circumference of the circle. One of these features the Apple logo in the center. We would treat all of these designs as highly experimental. Apple’s internal AR code often shows us hints at the products of internal iteration and prototyping, rather than being directly connected to what will eventually ship to consumers (see this AR bowling game for instance).

It remains to be seen if Apple will actually release a separate AR app in iOS 14, or if the Gobi infrastructure will eventually get incorporated into an existing system app like Camera or Maps. The Camera app has supported simple QR code detection since iOS 11, and it wouldn’t be too much of a stretch for them to extend that experience with augmented reality elements.

Constine also published some of the audio tones that Apple plans to use for the upcoming Find My features, involving Apple AirTags, the company’s long-rumored competitor to Tile trackers. This includes sounds that help direct the user closer to their lost item.