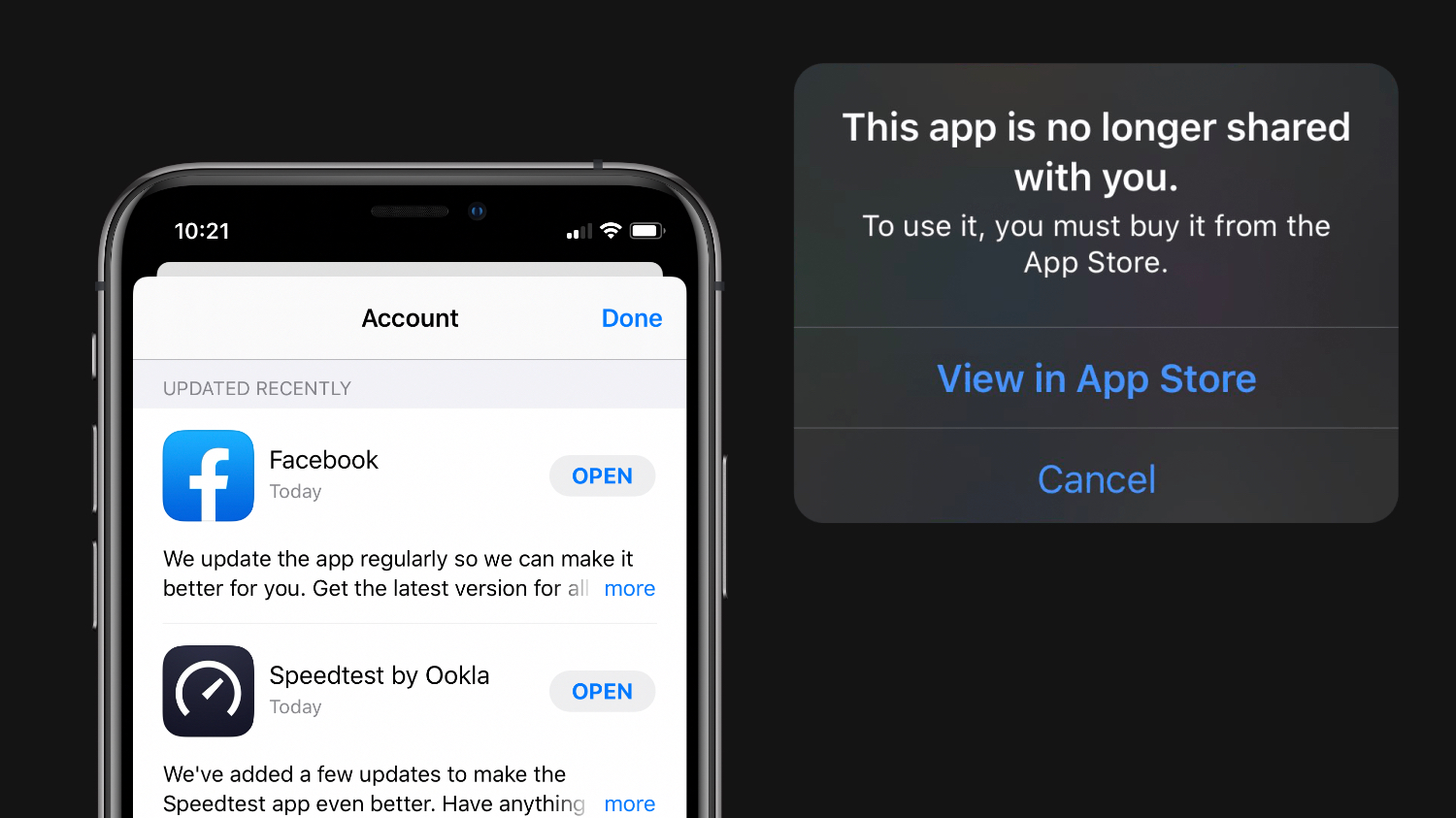 The iPhone and iPad App Store is re-releasing updates for a lot of iOS apps, with many users seeing 50 or more app updates scheduled over the weekend.

These app updates are the same builds as the device will have already downloaded. It appears Apple is doing this to workaround a Family Sharing glitch that was preventing some users from launching apps at all.

This is not the first time this has happened. The App Store has done this before to fix various server-side issues or to re-up signing certificates periodically.

The bug meant that the iPhone was refusing to launch popular apps like YouTube. Instead, it would present a confusing error message to the user that ‘this app is no longer being shared with you’.

This was a problem on Apple’s end, rather than a problem with the app itself. In what was likely a cryptographic signing issue, the symptom was that the phone would show a Family Sharing dialog as if the app was paid and the right to use the app had been removed, as if the account had been removed from the iCloud family circle.

Users quickly found that they could fix the problem themselves by manually deleting the app and re-downloading it.

Rather than be laden with support complaints, Apple is using the App Store to essentially force this process to happen automatically. By issuing app updates, it is effectively uninstalling and reinstalling the relevant parts of the app binaries that were causing the certificate signing issues and making the error go away.