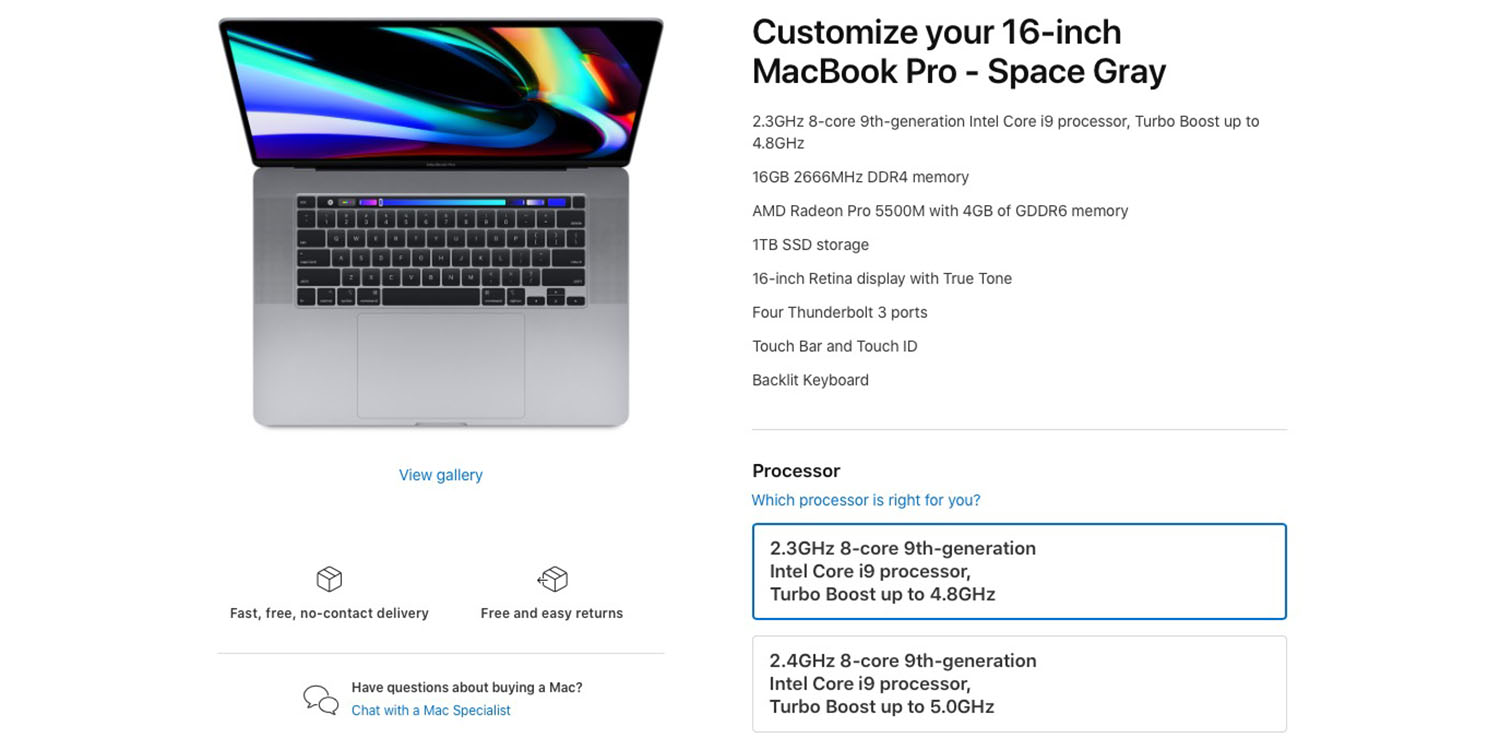 Build-to-order Macs (BTO) are finally available in India through Apple Authorized Resellers. Previously, customers in the world’s second-most populous country could only buy the base model Mac, or one of a limited number of preconfigured upgrade options.

When buying a Mac from Apple, you can start with a base or upgraded model, and then customize it to your own requirements. When buying the more powerful 16-inch MacBook Pro in the US, for example, you can choose between two different processors, two graphics cards, three different RAM options, and four sizes of SSD drive.

TechCrunch reports that Apple dealers are now offering this same level of configuration.

The Cupertino-giant has started to offer a full-range of the Mac portfolio with configure-to-order (CTO) or build-to-order (BTO) option in India, allowing customers in the country to request specific custom needs such as additional memory, storage, or a more powerful graphics card when they purchase a computer.

Customers in India, a key overseas market for American technology giants, have long requested this feature, which Apple offers in several regions. Prior to this, Apple only offered select variants of its Mac computers in India and gave no option to customers to ask for specific upgrades.

Those interested can get in touch with their local Apple Authorized Reseller to discuss the various upgrade options, pricing information, and place the order.

BTO orders will be delivered in 4-5 weeks.

There were unofficial options before, but that meant buying from non-authorized dealers who didn’t offer the same warranty and support.

“This is a very huge deal,” said Preshit Deorukhkar, a Mumbai-based executive who closely tracks Apple development. “Previously, there was no real way to get a built-to-order or configure-to-order Mac in India. So you were stuck with the base models — say a Mac Mini or 13″ MacBook Pro with 8GB of RAM. Now that the company is officially offering this, you get the computer you want and the standard warranty on it.”

Apple doesn’t currently have either online or physical Apple Stores in India due to a law which required own-brand stores to make 30% of their products within the country. This requirement was last year relaxed, and Apple said at the time that it was eager to open stores, but the process would take some time.

A Bloomberg report that this could happen within months proved optimistic, with a subsequent TechCrunch report suggesting Apple was instead targeting a launch in Q3 of this year. Currently, Apple has a website in India, but as soon as you click a Buy button you are directed to authorized resellers.

Authorized resellers will be worried about their own future once Apple does open its own retail stores. The Cupertino company is for now supportive, however, offering financial assistance to help resellers shift more to an online sales model during the coronavirus crisis.