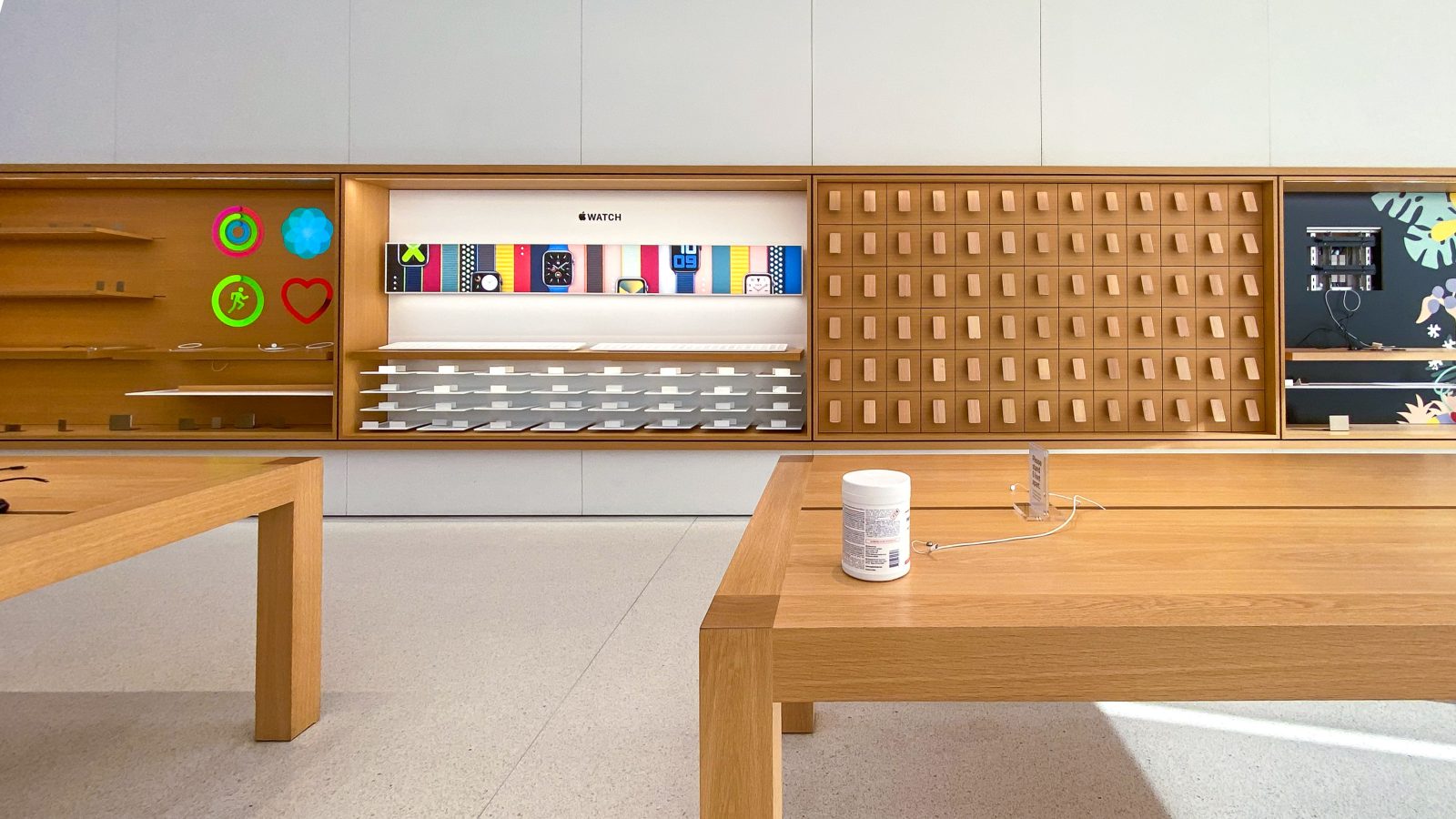 Apple has temporarily closed the majority of its US retail stores for the safety of employees and customers as protests sparked by the death of George Floyd in Minneapolis continue to spread across the nation. Numerous Apple Stores from coast to coast have been targeted by looters, damaged, or preemptively secured and emptied of sales floor merchandise to deter damage.

Apple says store closures will last through Sunday. Some locations with extensive damage have indefinite closures listed on their webpages.

With the health and safety of our teams in mind, we’ve made the decision to keep a number of our stores in the US closed on Sunday.

Just 140 of Apple’s 271 US retail stores had reopened following COVID-19 precautions before protests erupted over the past week calling for justice for George Floyd. One of the first stores targeted was Apple Uptown in Minneapolis, which was vandalized, boarded up, looted, and then reinforced a second time.

Update: Many US store closures will extend at least through June 1:

Unsurprisingly, many of Apple’s store closures today have been extended at least through tomorrow. They’ll definitely be assessing this situation day by day. It’s hard to imagine stores were boarded up that tight for just one night. pic.twitter.com/6QZj3Y36tW

Top photo via Zac Hall: Apple St. Johns Town Center in Jacksonville, FL emptied out of precaution on May 30, 2020.