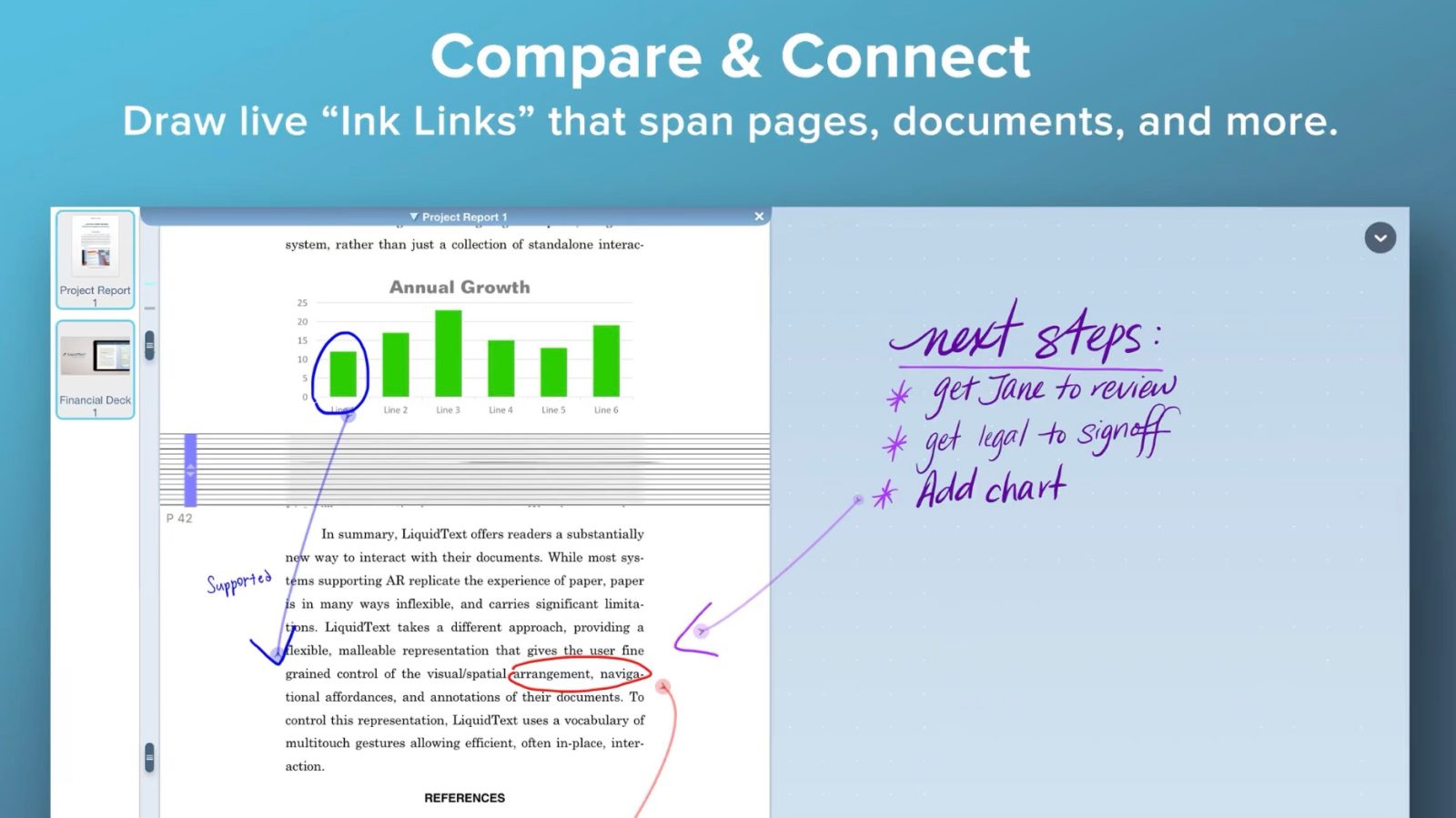 LiquidText is launching a major update for iPad today with features like an all-new UI, fresh customizable layouts, a powerful tagging feature, and more. More good news, the popular productivity software is also set to arrive on Mac later this month and the app will see file portability between iPadOS, macOS, and Windows.

LiquidText’s iPad update and new Windows version are both officially landing today (although the iPad update appears to have launched a bit ago). The macOS version of LiquidText will launch later this month.

For iPad, here’s how the developer describes the changes:

The app will incorporate powerful tagging capabilities, workspace search, a minimalist new UI and file portability between our iPadOS, Windows and MacOS versions. It will also be our most flexible LiquidText yet, including numerous options for customizing the layout and workspace.

As for the macOS version, LiquidText says that “our users’ number one request has been to use LiquidText seamlessly across all their devices.”

We’ve created fully native apps that retain the features and outstanding performance of our iPad app while exploiting the unique capabilities enabled by these new platforms. Our patented user interface and document manipulation gestures, widely acclaimed in reviews, have been creatively adapted to work on laptops and desktops with mouse or trackpad.

A specific launch date for the macOS version hasn’t been announced but is slated to arrive sometime in June.

Looking ahead, LiquidText will launch more features like backups, synchronization, and work collaboration tools via a subscription in August.

LiquidText is a free download from iPad with in-app purchase from $9.99 to unlock all of its features. Check out the short demo video below for a better idea of how the apps works: