Philips Hue bulb brightness about to double, but with two drawbacks 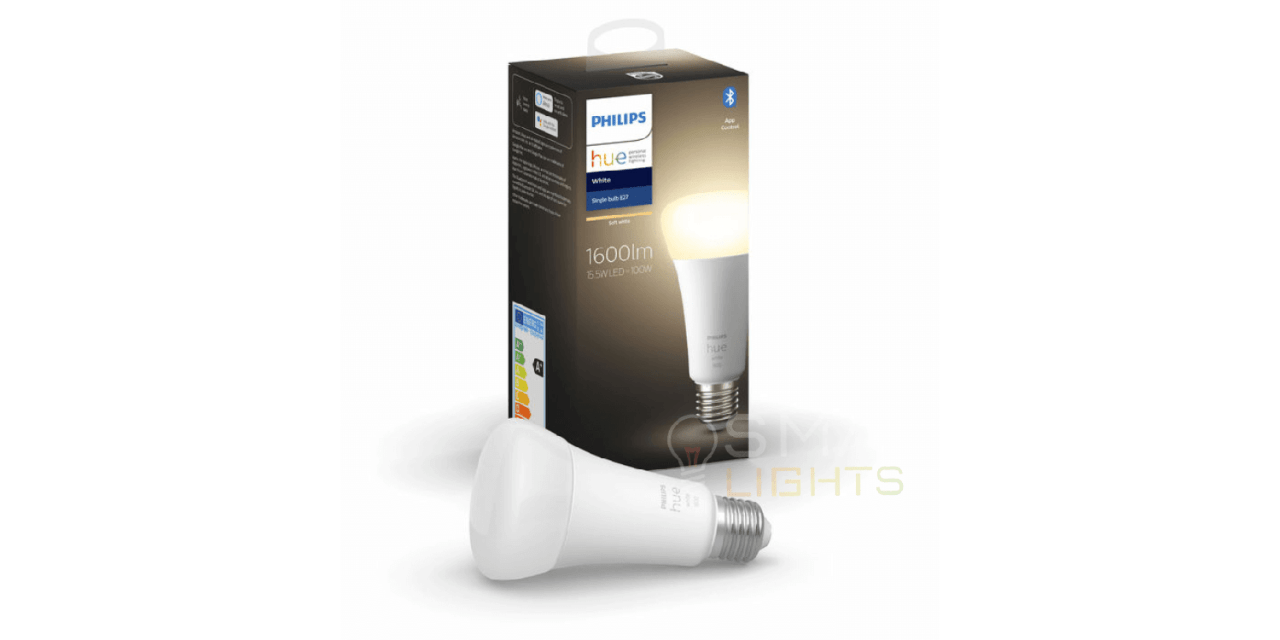 If you’re unhappy with Philips Hue bulb brightness, it appears the company is about to solve the problem with a new 1600 lumen version in an E27 fitting. That’s twice as bright as the current model, which is around 800 lumens –  equivalent to a jump from a conventional 60W bulb to a 100W one.

There are, however, two drawbacks with the new model …

SmartLights.de reports that it will of course have higher power consumption, and you’re also stuck with a single color temperature.

The new White E27 lamp has a consumption of 15.5 watts. The color temperature is a fixed 2700 Kelvin and cannot be changed.

This means it will use 50% more power than the standard Hue bulb, but still a lot less than a conventional one – and that price may be worth paying for some applications.

In a garage, workshop, hobby room or similar you often need very bright light in order to be able to work or pursue your hobby. And when you no longer need bright light, you simply dim the lamp down to the desired brightness.

The site says that the new model can be used with or without the Hue bridge, and is expected to go on sale later this month. The European price is expected to be €24.95, compared to €19.95 for the standard model.

In the US, the equivalent bulb would be the A19 – currently sold at around $15 each. There’s no word yet on whether the brighter model will be sold in the US, but it seems likely.

While the new bulb is white-only, if you have color ones, Signify’s Philips Hue Play HDMI Sync Box was recently updated with Siri support. This is a box that syncs the colors of your Hue lighting to the content you’re watching on TV. It does this by extracting color information from HDMI signals.