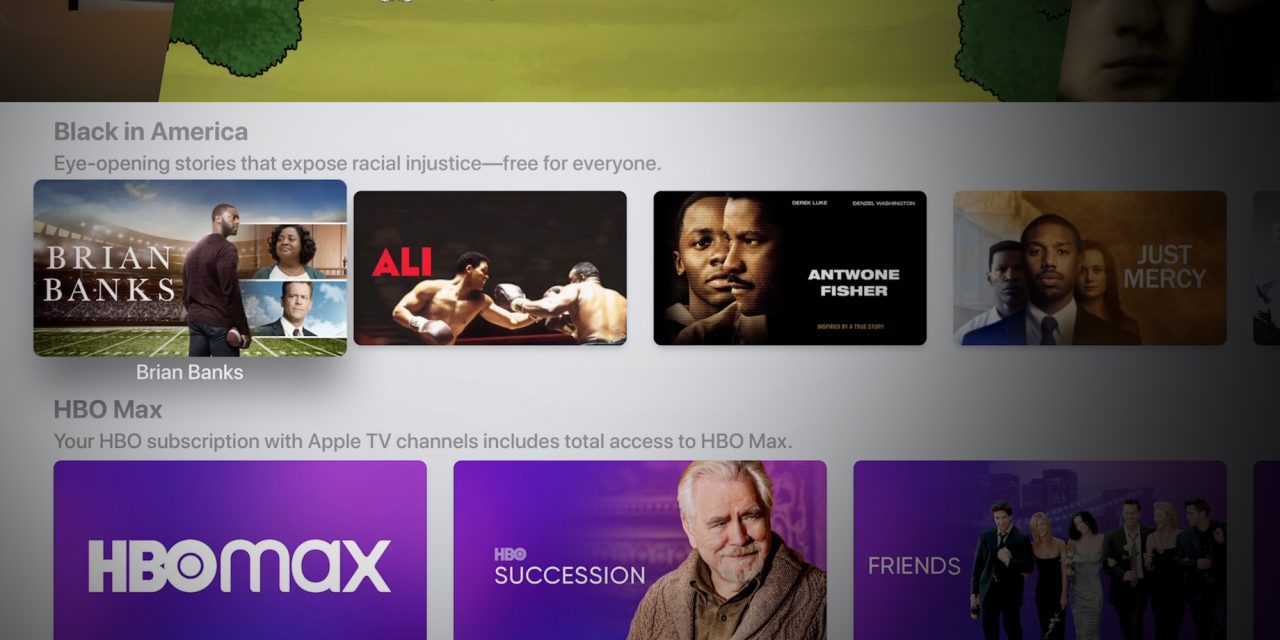 The movie industry is currently offering a handful of movies to watch in light of the recent tragic happenings in the United States.

If you are in the US, open the TV app and look for the section in the Watch Now tab called Black in America. You can watch for free for a limited time, and buy to own the films at reduced prices too. The addition of the curated collection was first reported by the Screen Times blog.

These films are available in the TV app for anyone to watch, no TV+ subscription required.

These films are being made free by the studios, so if you don’t have access to the TV app, you should also be able to find them to watch for free on Amazon Prime and other VOD services.

Warner Bros. led the way by making Just Mercy free earlier this week, and now many other studios are offering up their films to help raise awareness of systemic racism issues.

The films include recent releases such as ‘Emanuel’ and ‘Brian Banks’, and older classics like ‘The Black Power Mixtape’ and ‘Ali’.

Unfortunately, these films have not been made free to rent outside of the US.