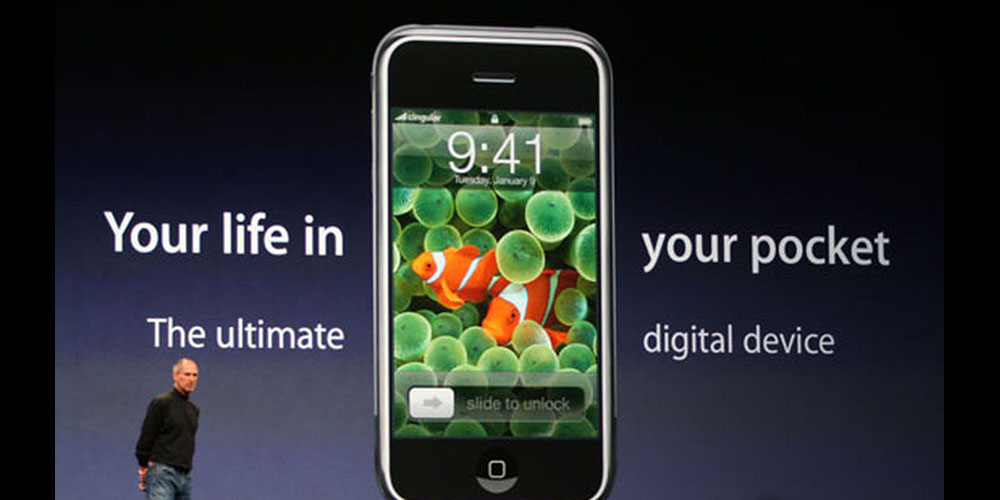 The Slide-to-unlock patent battles continue, long after the company ceased using the original UI – though it did later introduce a variation on the theme in the upward slide gesture first seen in the iPhone X.

Slide-to-unlock was a feature Steve Jobs specifically highlighted during the launch of the first iPhone back in 2007.

To unlock the phone, I just take my finger and slide it across. Wanna see that again? We wanted something you couldn’t do by accident in your pocket. Just slide it across – BOOM.

Some four years later, Apple was granted a patent for the gesture.

That patent was to result in a number of legal battles. Back in 2012, less than a year after the patent was granted, Apple accused HTC of infringement. HTC hit back, claiming that the idea was too simple and obvious to be patented. Apple lost that case, but that didn’t stop it accusing Samsung of infringing the same patent. Apple initially won that one, though the ruling was later overturned. Apple appealed that ruling, and this time won.

Things didn’t end there, however. A patent troll called Zeroclick filed a lawsuit against Apple back in 2015, claiming that a pair of patents from 2001 and 2010 protected the concept behind Slide-to-unlock. There were again reversals on this one, Apple managing the get the case dismissed before it was revived in 2018 – and Apple once more won.

Zeroclick still persisted, and Patently Apple reports that Apple won last week, but only on a technicality. There had been some legal bickering over who owned the patents when, as they had been passed back-and-forth, and the judge ruled that the entity making the claim had no right to so do.

However, that would leave the door open for a fresh claim from the current patent owner, and Apple wants to put an end to this by asking for both Zeroclick patents to be declared invalid.

Apple’s lawsuit begins with a segment title “Nature of Action.” Apple’s position in-part states the following: “This is an action for declaratory judgment of invalidity of U.S. Patent No.8,549,443 and U.S. Patent No. 7,818,691 arising under the Declaratory Judgment Act.

You can read the full details here.