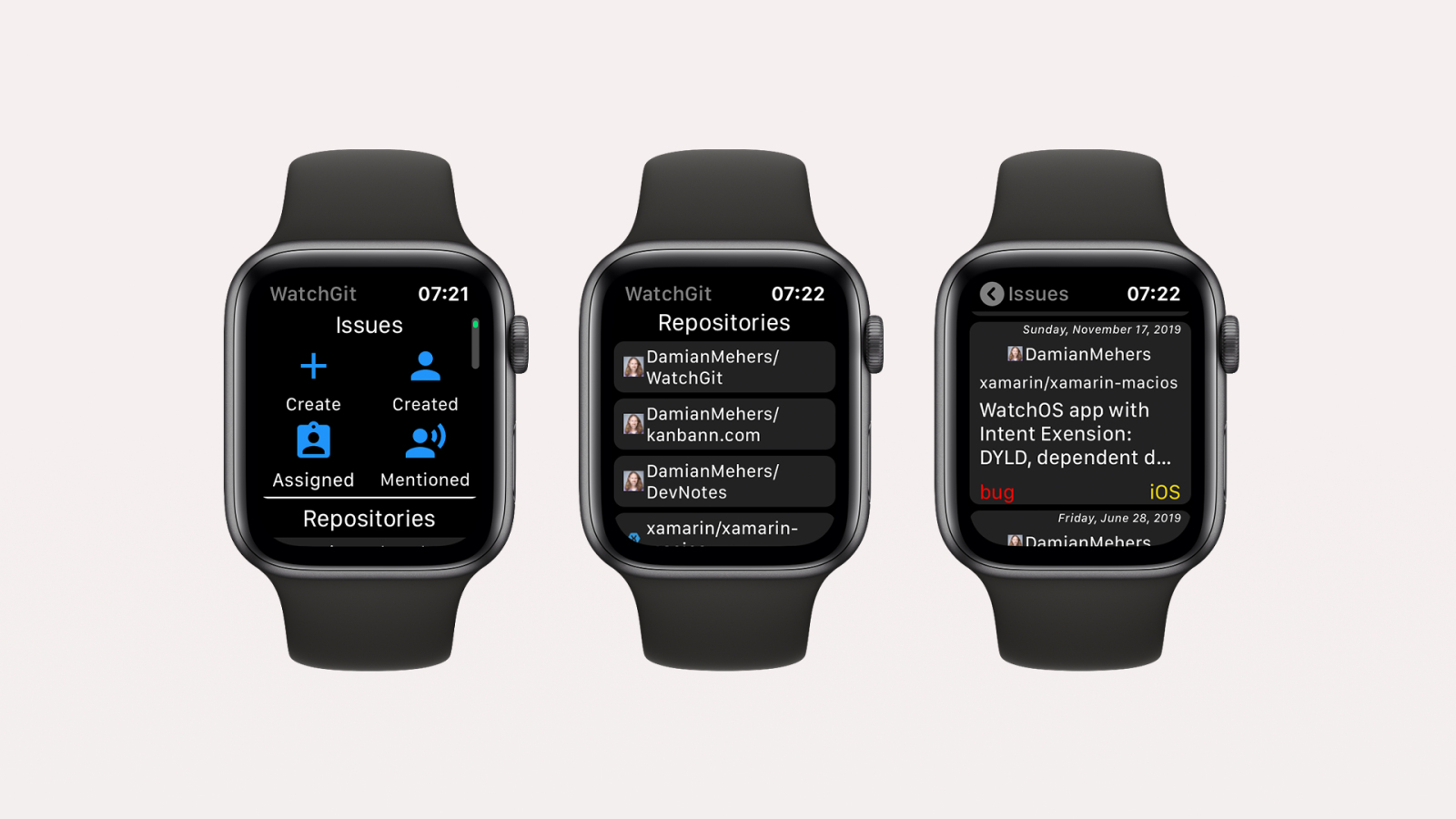 Popular development platform GitHub offers an app for iPhone and iPad that allows users to manage code from anywhere. But if you’ve missed compatibility with a specific Apple device, you no longer need to worry about it. WatchGit is a new third-party client for GitHub that lets you access the platform from your wrist with the Apple Watch.

Of course, the app is not focused on offering development tools on Apple Watch. Instead, you can manage certain content of your GitHub account without having to take your iPhone out of your pocket.

And if you’re wondering why someone would use GitHub on a smartwatch, developer Damian Mehers explains that WatchGit can be useful for those moments when you have a new idea but your phone isn’t around.

If you don’t always have your phone with you, for example when out running or walking, and you have a brilliant idea for a new feature you can simple raise your wrist and use Siri to create an issue in a repository from your cellular Apple Watch. You can also easily triage issues, assign issues, like issues, etc. without pulling out your phone.

With WatchGit, you can create, reply, assign, close, and label issues on your GitHub account. Once you’ve downloaded the app and logged in through your iPhone, you can use it on Apple Watch as a standalone app. The app is also compatible with Siri, so users can ask for things like “Hey Siri, create a note in WatchGit.”

WatchGit is available on the App Store for just $0.99. It requires an iPhone running iOS 13.2 and an Apple Watch running watchOS 6.1 or later.