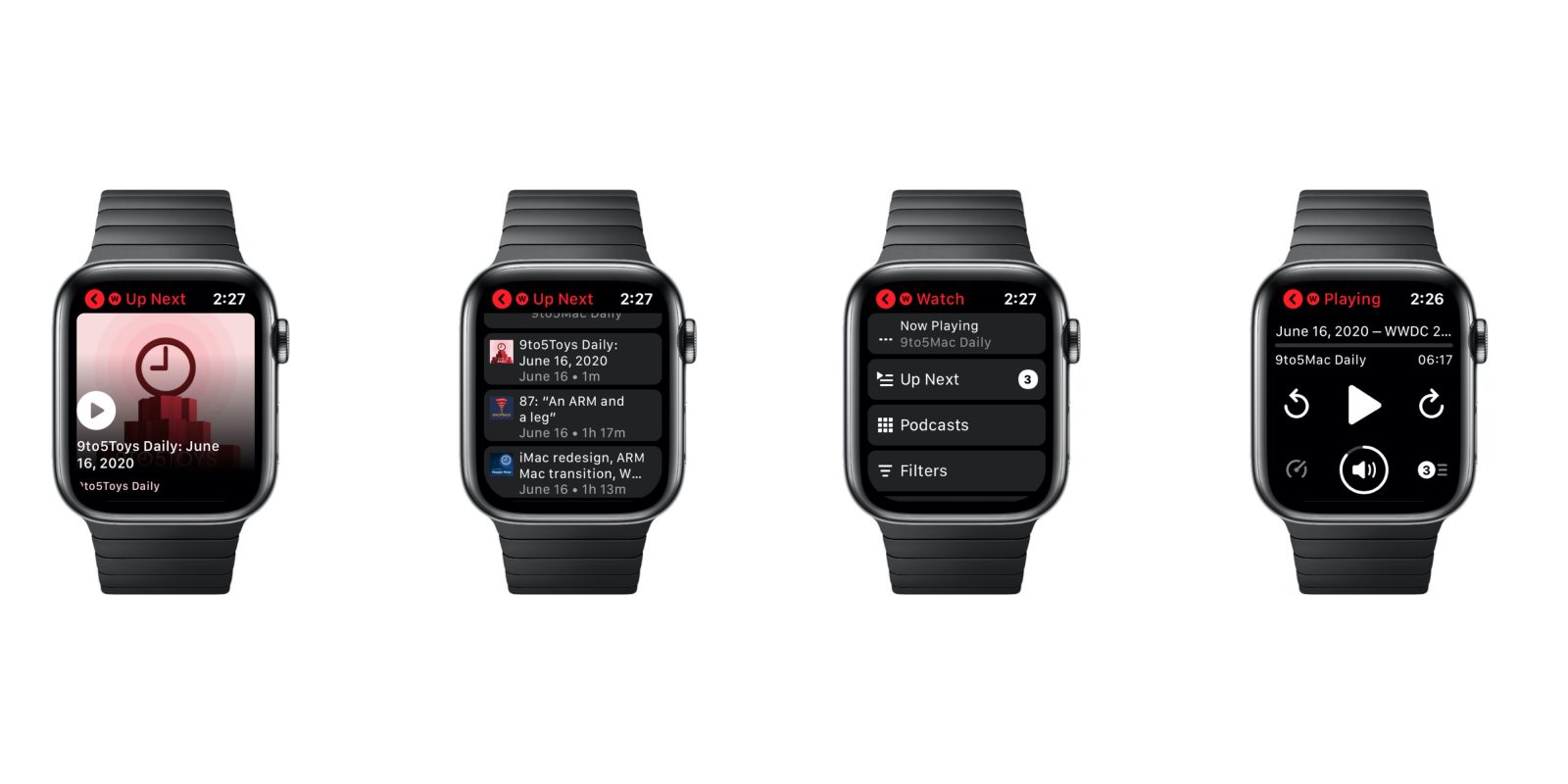 Pocket Casts has become the latest podcast player to add support for standalone alone Apple Watch playback. The app has been updated to version 7.9, bringing Apple Watch enhancements as well as new icons and theme options.

If you’ve got a WiFi or cellular connection you can now view your subscribed podcasts, filters and files right on your watch. Even better you can download or stream them with just a few taps. Your Up Next and playback progress is of course synced automatically across all the platforms you use Pocket Casts on.

There are a couple of other visual changes with today’s Pocket Casts update. First, is a new theme called Radioactivity that redesigns the entire Pocket Casts app. If you prefer to simply customize the home screen icon for Pocket Casts, there are four new icons included in this update:

We’ve made huge improvements to our Trim Silence algorithm, making it more invisible than ever before. We’ve made many accessibility improvements to make our app much easier to use with VoiceOver and other accessibility technologies. Heck we even replaced Google’s Chromecast dialog with our own because we, like you, got sick of them not being able to dark theme their way out of a wet paper bag.

Pocket Casts is available on the App Store as a free download. Again, the Pocket Casts Plus subscription is $0.99 per month or $10 per year.