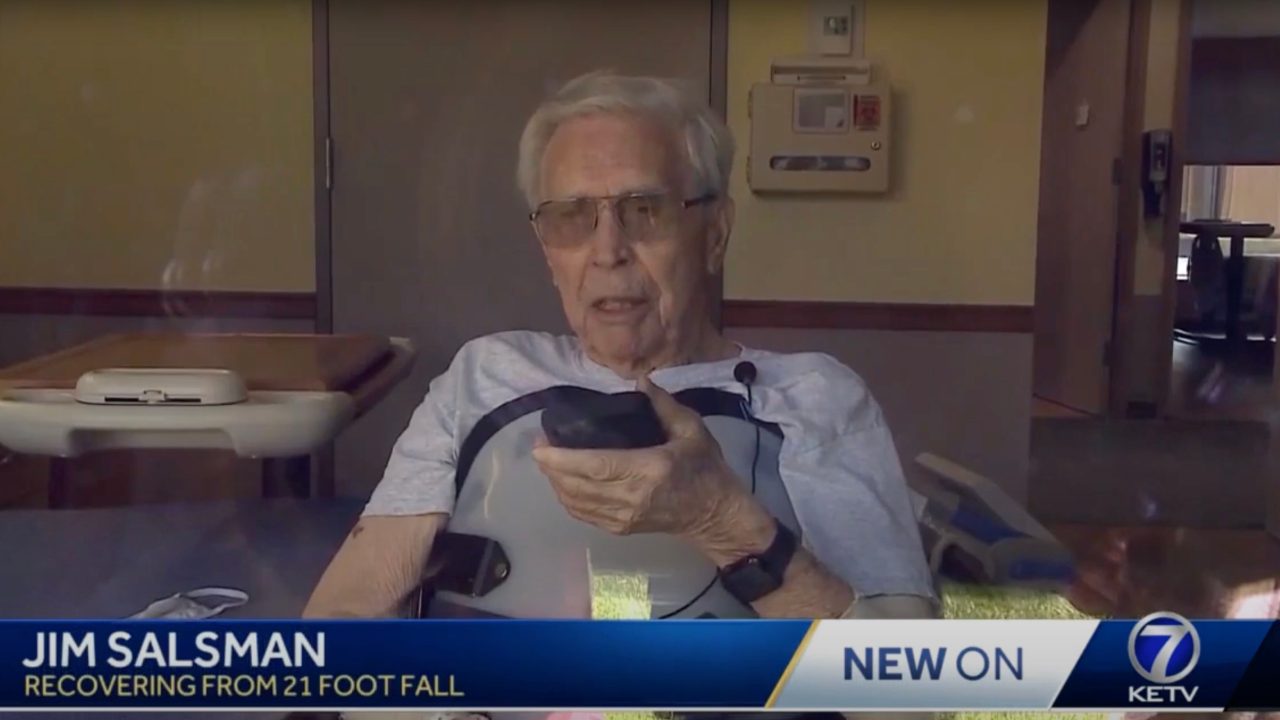 The fall detection feature on Apple Watch is being credited with alerting emergency services after a 92-year-old farmer fell from a ladder. As reported by KETV in Omaha, Nebraska, Jim Salsman fell from his ladder and “would’ve been dead” without the help from his Apple Watch.

Salsman climbed a 21-foot ladder last month to “secure a grain bin from pigeons” (remember, this is Nebraska). He says he was stable on the ladder until a gust of wind came along and pushed the ladder by 2 feet. “It was just a dumb stupid mistake on my part,” Salsman said.

When he hit the ground, Salsman tried to roll toward his truck that was parked several hundred feet away. Once he realized that was not possible, he tried using Siri to reach someone for help. What he didn’t realize was that the fall detection feature had already kicked in and sent an alert to the Grant Volunteer Fire Department.

I talked into it, “Hey Siri Jim Salsman, hurt bad on the farm,” he said. What Salsman didn’t realize is that the device, equipped with a fall alert system, had already sent an alert to the Grant Volunteer Fire Department. They responded that they were on their way and found Salsman using GPS.

Once the fire department arrived, Salsman was taken to the hospital and treated for a broken hip and other fractures. A month later, he is recovering at a rehabilitation hospital in Nebraska, but things are made more challenging because of the COVID-19 pandemic due to restrictions on in-person visitors.

His son, Ron, says that his father has faced more than his fair share of adversity over the years:

They’ve lived through droughts and blizzards, and getting cattle in the middle of the night in cold winter weather, so they just had to deal with a lot of adversity over time. And it just becomes a part of them, I think.

Ultimately, the Apple Watch fall detection feature is what Salsman thinks saved his life. “If I didn’t have this watch, I think that I would’ve been dead before anybody missed me. I really do,” Jim concluded.

Recently, Apple expanded the Emergency SOS feature to add a new option that automatically shares Medical ID information with emergency services. You can learn more about that in our full coverage here.