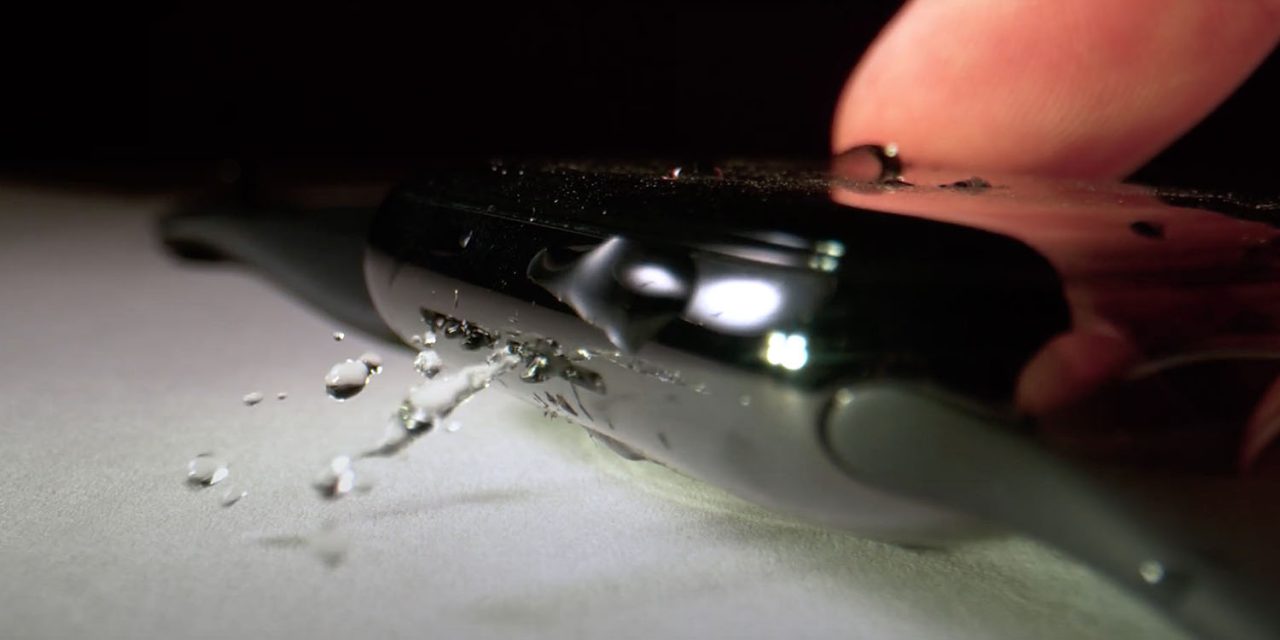 You might think that the Apple Watch water-ejection system is old news, having been part of the feature set since the Series 2 way back in 2016. It works by using the speaker to vibrate rapidly back-and-forth to physically push water out of the housing.

But the Slo Mo Guys have just given us our best ever look at the feature in action. The video starts at 1,000 frames per second, some 40 times slower, and slow enough to see the OLED screen refreshing from top to bottom …

Because the amount of water ejected is relatively modest, a macro lens is used to provide an ultra-close view of the action. The combination of macro and slow-motion gives a really spectacular look.

One of the things we get to see is that while a lot of water is ejected during the outward motion, some of it is sucked back in during the inward motion, and ends up pooling inside the housing. To counter this, the vibration stops long enough for water to pool against the speaker mesh. The Watch then starts the cycle again, repeating the whole thing a further nine times.

One fun element is Gav wondering whether the system would work in reverse: activating the Apple Watch water-ejection system underwater to see whether it would expel air into the water, creating bubbles. Sure enough, it does.

It’s a great look at just how well the system works, and the video would have made for a really compelling demonstration back when the Series 2 was launched.

Although it’s billed as a Slo Mo Guys video, this particular one was produced by Gav on his own, as Dan is blocked from entering the US due to coronavirus travel restrictions.

The feature is part of Water Lock, which also prevents accidental activation of the Watch while in the water. Check out our how-to guide here.