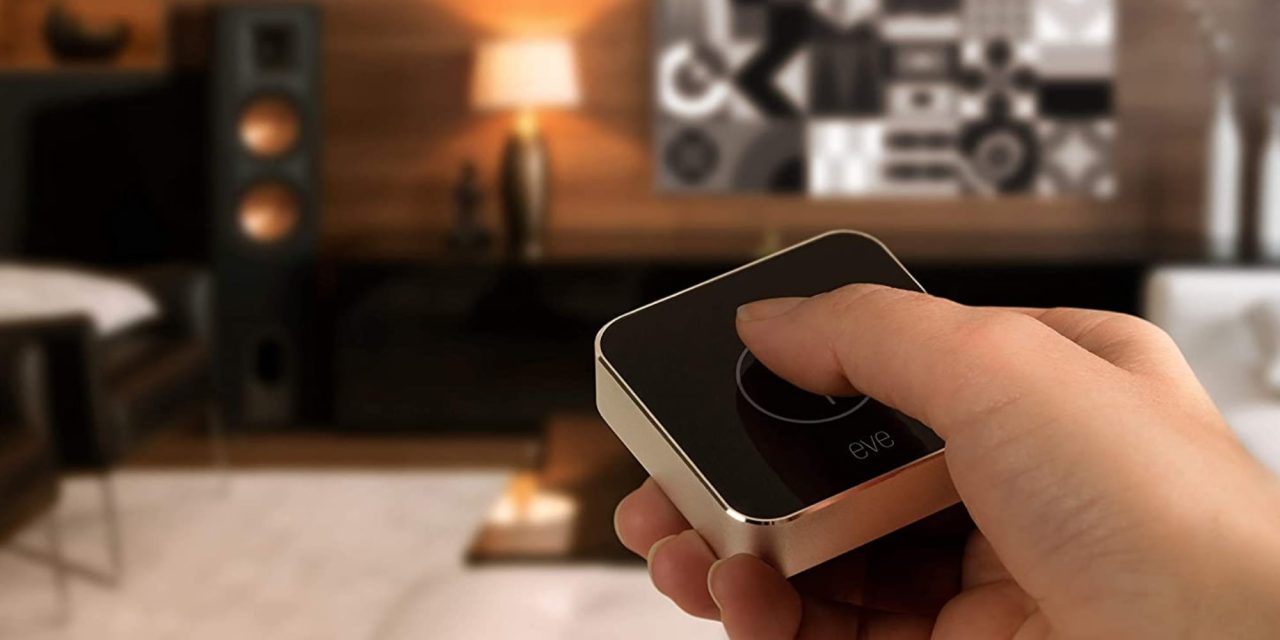 When “HomeKit buttons” came out a few years ago, I initially laughed them off. My thought was if I wanted to press a physical button to turn on my lights, I’d use the regular light switch. That thought was before I aggressively expanded my HomeKit use cases. Like with anything related to smart homes, it’s not about tying an individual action to an automation, but rather tying devices together. While I love using Siri via HomePod to activate scenes, after thinking through our routines, I realized a physical button might make sense in our daily lives. Is the Eve Button a useful device for a HomeKit home? Let’s dig into what it can do.

To start, Eve Button feels very similar to the Eve Degree in terms of physical size. It’s small enough to fit in your hand, but not so small that you’re likely to lose it. My goal with Eve Button was to put it on my nightstand as an easy way to start our bedtime scene when my wife and I are going to bed. It’s not that using the Home app is time consuming, but sometimes after long day, unlocking your iPhone to turn off all your lights and turn on a sound machine is the last thing you want to do.

When I purchased the Eve Button, I assumed it would be one action to the device meaning that I would be able to trigger one device, scene, or automation with a single button press. I was nicely surprised to find that not to be the case.

You can assign three different actions to the device. There is an option for a single press, double press, and a long press. This setup would allow you to do a single press to activate a bedtime scene, a double press to turn on a single light in the morning (if you are trying to not wake up your family), or a triple-click to modify the indoor temperature using a HomeKit compatible thermostat. In my thinking, it actually allows the device to act like it’s three buttons. 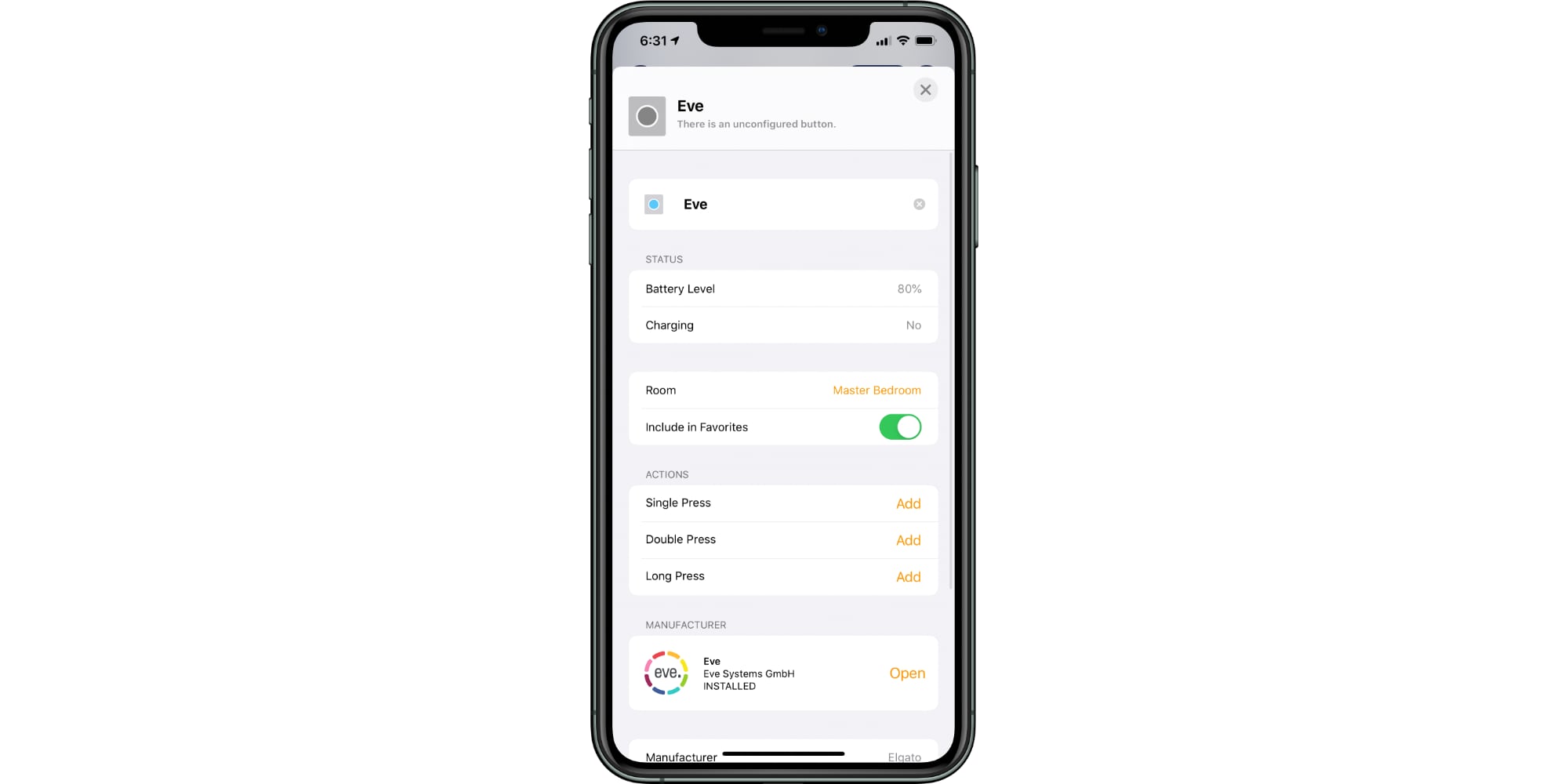 Why would you want the Eve Button?

I know in my experience, it’s been useful when the time of day doesn’t allow using Siri to be practical because my kids and wife are still asleep. I typically get up at 5:00 AM, so it’s hours before anyone else in the family is up. Even using Siri on my iPhone is difficult because the HomePod microphones are so good that it’s often still triggered. I’ve actually considered buying a couple of extra Even Buttons and mounting them around the house. As strange as it sounds, I think under my kitchen table would be a great spot to mount a button. Outside of being really cool feeling, I can see situations where it could be practical.

An idea might be that a single press turns off all the TVs in the house signaling to our kids that its dinner time, a double press brings up all the lights in the house to 30% as a signal that its time to wake up, and so on. It’s also a simple way to give kids control of the accessories in their room without giving them access to a larger subset of your HomeKit setup. An idea would be that they are able to use their button to turn their lights on and off, but nothing else.

It’s a simple device, but it’s very flexible in what it can do. Every home will find different use cases here, but I am enjoying the ability to trigger scenes and automations without needing to use Siri or open the Home app on one of my devices. Eve Button can be purchased from Amazon.