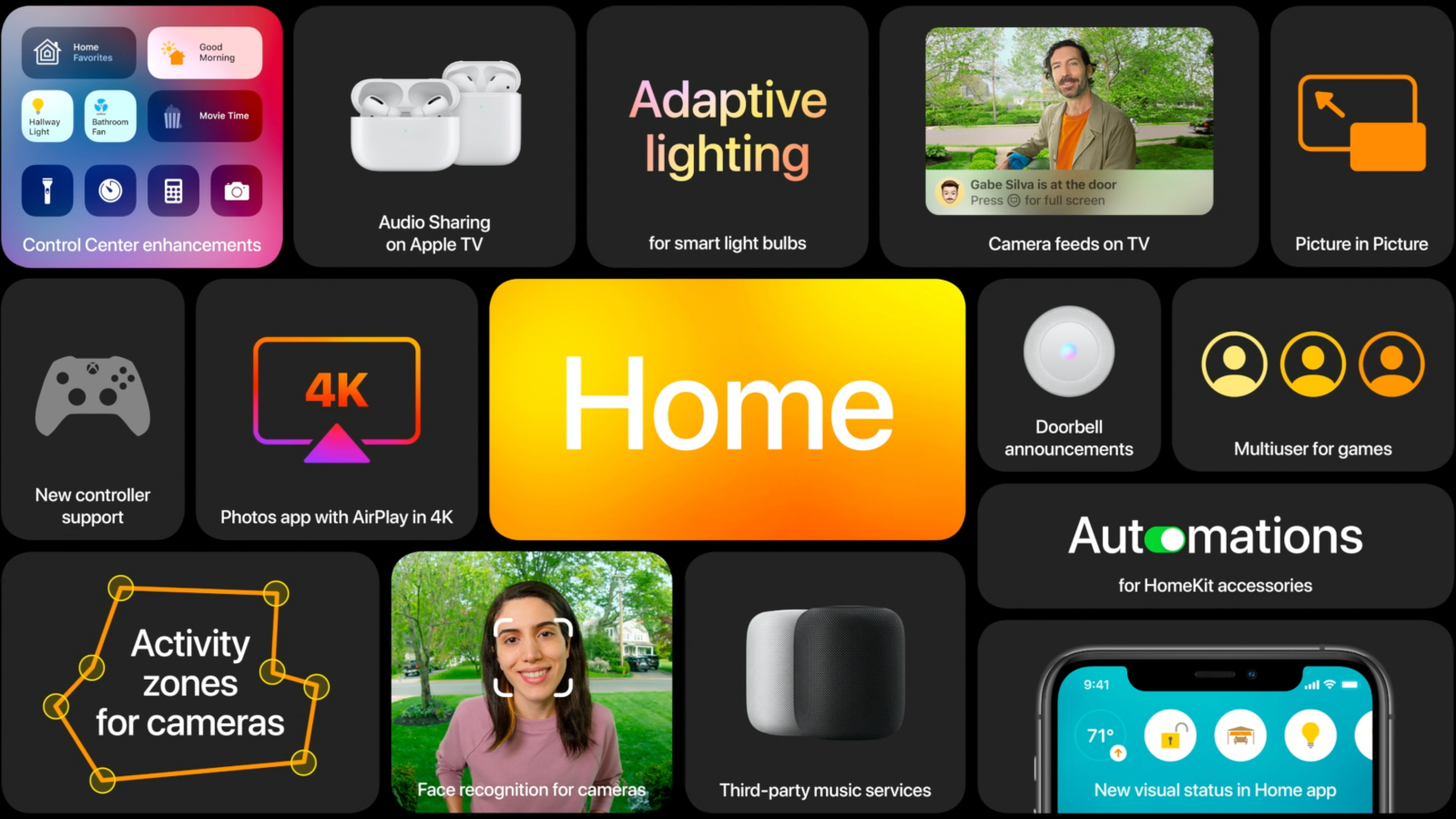 Along with unveiling iOS 14, iPadOS 14, and more today, Apple has announced tvOS 14 with a number of new features and improvements including a brand new Home app experience called “Home view,” audio sharing, and more.

Last year with tvOS 13, Apple TV gained a new Control Center, multiple user support with the Up Next feature, built-in support for Xbox One and Playstation DualShock 4 game controllers, and new underwater screensavers.

This year with tvOS 14, Apple has added the Home app to Apple TV in an implementation called “Home view” that’s found in Control Center. This brings native HomeKit integration and features like camera feeds directly to your Apple TV experience and more. For instance, you’ll get a picture-in-picture alert for people arriving at your house that are recognized by your HomeKit cameras.

tvOS also delivers support for multiple users for Apple Arcade games. This will allow users to pick up with their game progress right where they left off. There’s also expanded Xbox controller support with tvOS 14 so Apple TV works with Xbox Elite 2 and Xbox Adaptive controllers.

Another handy update is Apple bringing audio sharing to Apple TV and picture-picture-support is now available “across the entire Apple TV experience.”

A long-awaited upgrade with tvOS 14 is 4K support for YouTube. Apple didn’t mention that during the keynote but highlighted it on its website. AirPlay also gets an improvement so that 4K videos from iOS and iPadOS are shown in their full quality on Apple TV and can be done in PiP windows.

Other new related new features include doorbell announcements on HomePod, a redesigned Home app for iOS and iPadOS, activity zones and facial recognition for HomeKit Secure Video-enabled cameras, and more.