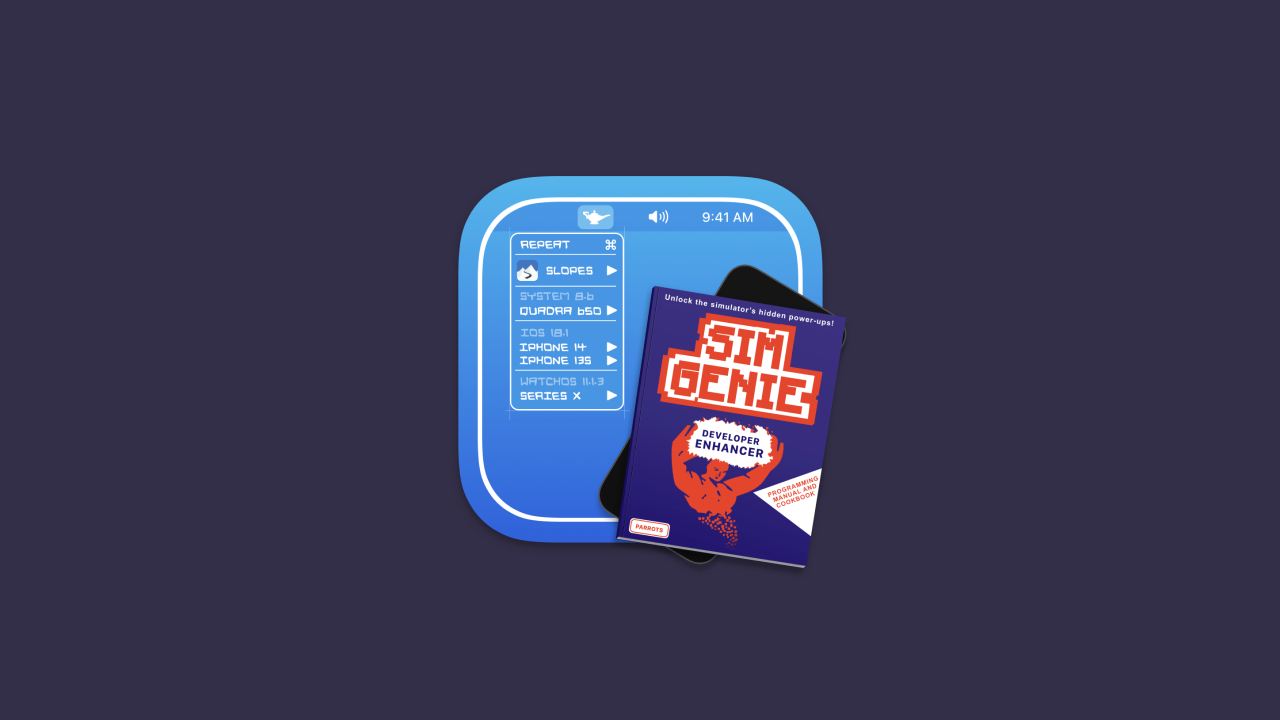 If you are an iOS developer, you have two options when testing your apps during development: Use real devices, or the iOS Simulator that ships with Xcode. With the large amount of device shapes and sizes these days, it’s not feasible for a developer to have all of them, and that’s when the Simulator comes in handy.

The Simulator is a very powerful testing tool that can also be used to create marketing materials such as screenshots and videos. Unfortunately, a large amount of this power is hidden behind dozens of terminal commands that many developers don’t even know about.

Enter Sim Genie, the new Mac app by developer Curtis Herbert (also known for Slopes). Sim Genie is a native app that sits in the menu bar and offers an incredible amount of shortcuts and functionality related to Simulator management, testing, and more.

The app lets developers capture marketing-ready screenshots by modifying the simulated device’s status bar, snapshot an app’s container and restore it later (also useful for marketing), open universal links or deep links, trigger push notifications, and more. Everything can also be configured to be activated via keyboard shortcuts for faster access.

I’ve been using a beta version of Sim Genie for a couple of weeks, and it definitely delivers on its promise. One of my favorite features of Sim Genie which similar apps don’t offer is that it seamlessly switches between different versions of Xcode, especially handy now that most developers are using both Xcode 11 and the new Xcode 12 beta.

Sim Genie is available on its website at a special introductory price of $14.99, and it requires macOS 10.14 or later.