iOS 14 will let you change default email and browser apps, here’s how it could work 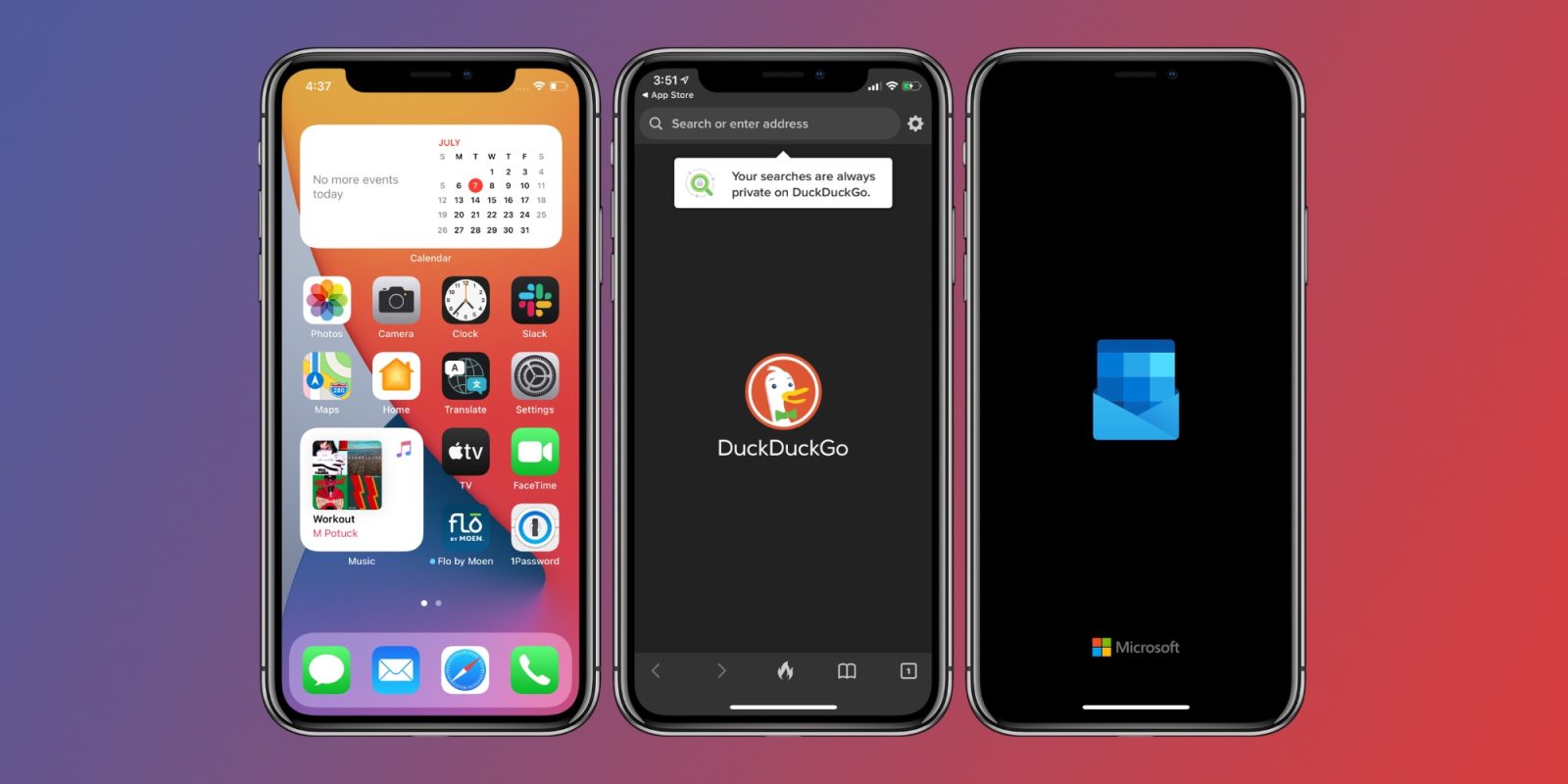 A notable change with iOS 14 and iPadOS 14 that didn’t see hardly any stage time during the WWDC keynote was that Apple will allow users to change their default email and web browser apps. However, the functionality isn’t live yet in the current beta. Let’s take a look at how the option to change default email and browser apps could work on iPhone and iPad in iOS 14.

As we noted during the unveiling of iOS 14, Apple quickly breezed over the new ability to change default email and web browser apps with a graphic recapping new features in the latest software. My colleague Ben Lovejoy also highlighted that this is one of five ways that the company is making efforts to allay antitrust concerns with pressure in the US and around the world growing.

One of the other ways Apple is opening up its platforms is with the option to choose a different default music service for HomePod than Apple Music. Interestingly enough, while features like that have shown up in the developer betas of iOS 14 and iPadOS 14, Apple hasn’t made the ability to change the default email and web browser apps live in the betas yet.

How changing default iPhone email and browser apps could look

Up until now, Apple has allowed iPhone and iPad users to change the default account that the built-in Mail app uses, likewise for the default search engine in Safari. But iOS 14 will mark the first time that users will be able to set a third-party app as the default for their email and web browser.

This means tasks throughout the operating system will trigger third-party apps when doing things like composing new email messages and opening links instead of opening the default Mail and Safari apps. 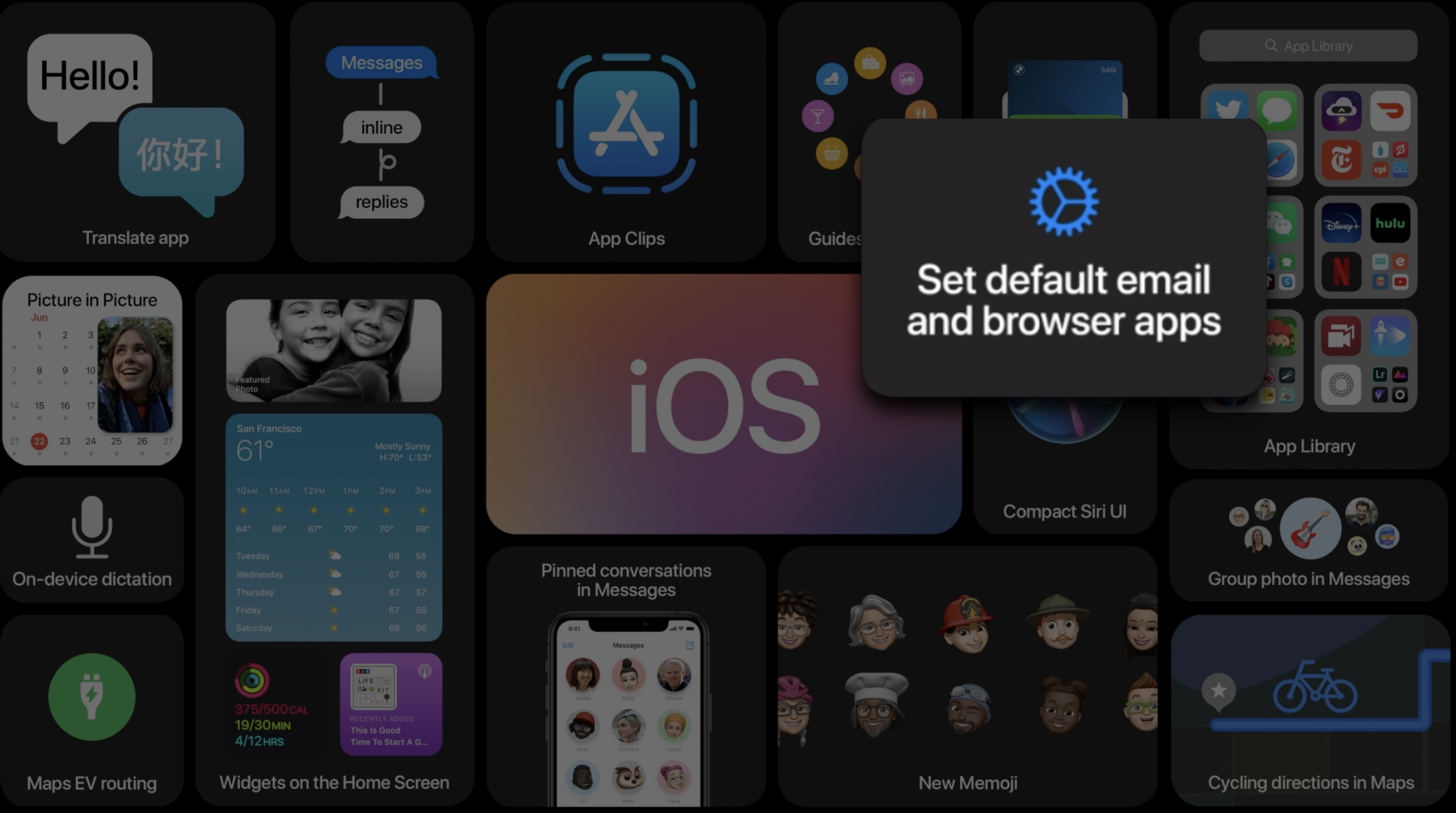 On its website, Apple has a very brief description of the new feature on the iOS 14 Preview page:

Set a default web browser and email app that launch when you click a link or want to compose a new mail message.

Since this is the first time for Apple to allow changing the default apps for email and web browsers, there are a variety of ways it could implement the functionality.

We could see a new toggle to choose default apps within iOS Settings for specific, eligible apps. 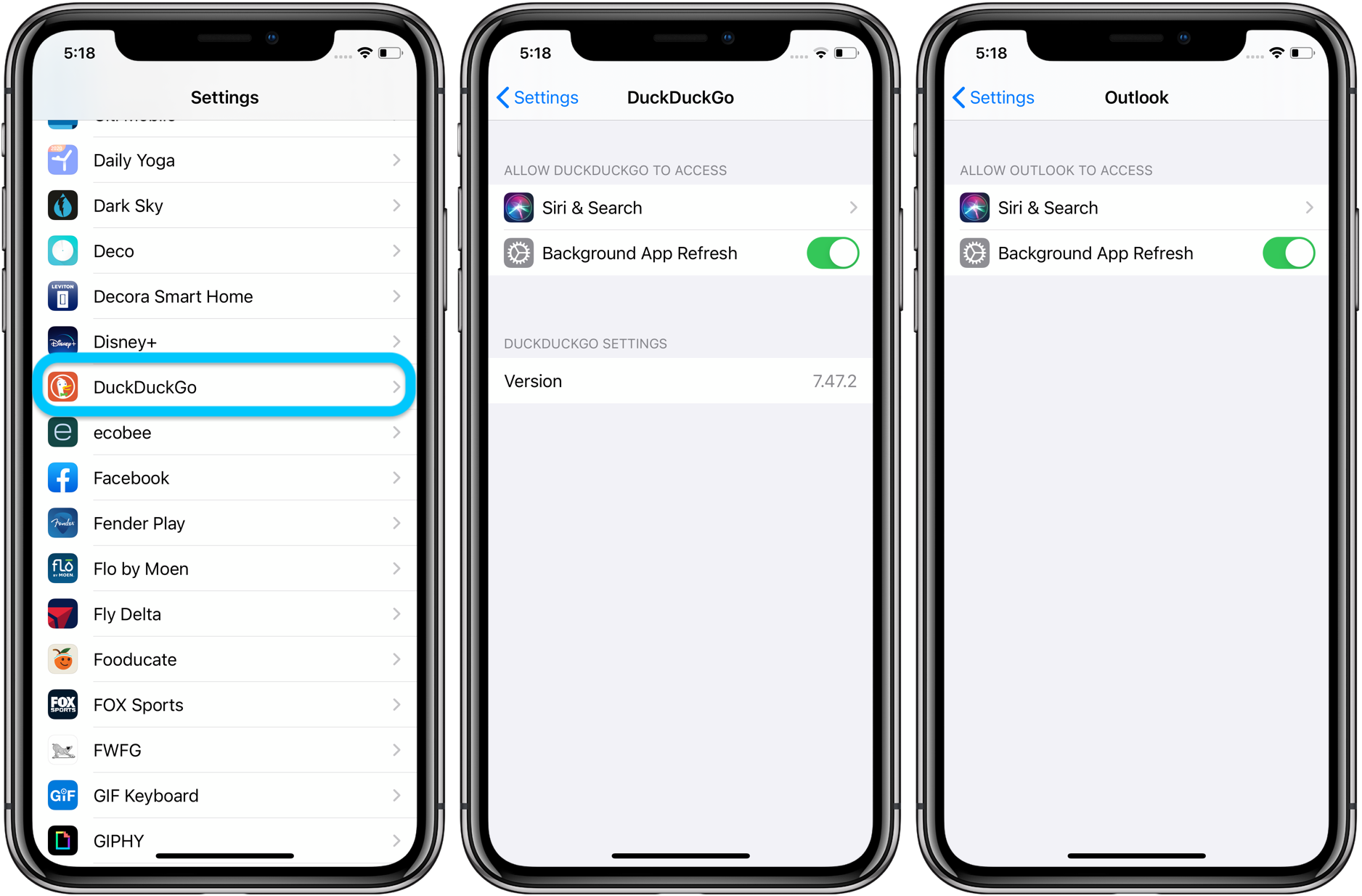 Alternatively, we could see a unified location under Settings > General for both email and web browser defaults (fingers crossed with more categories to come later on like maps, calendar, camera, etc.).

It’s also unclear if Apple will allow third-party developers to ask/remind users if they’d like to change their default email or web app in iOS 14 and iPadOS 14 like macOS does:

When will Apple launch the option to change default email and web apps in iOS 14?

While Apple announced that the ability to change the default email and web apps will come with iOS 14, that doesn’t necessarily guarantee that the feature will ship this fall with the public release of the software.

For example, last year iCloud Drive folder sharing, a highly requested feature announced with iOS 13 was pushed to arrive a bit later than the September launch of iOS 14 but ended up taking until March 2020 to be released.

Hopefully, changing default email and web apps for iOS 14 won’t see a delay like that but with Apple remaining tight-lipped on specifics, it’s unknown if it’s shooting to launch the feature alongside the public iOS 14 release or if this will be a “coming later” type update.