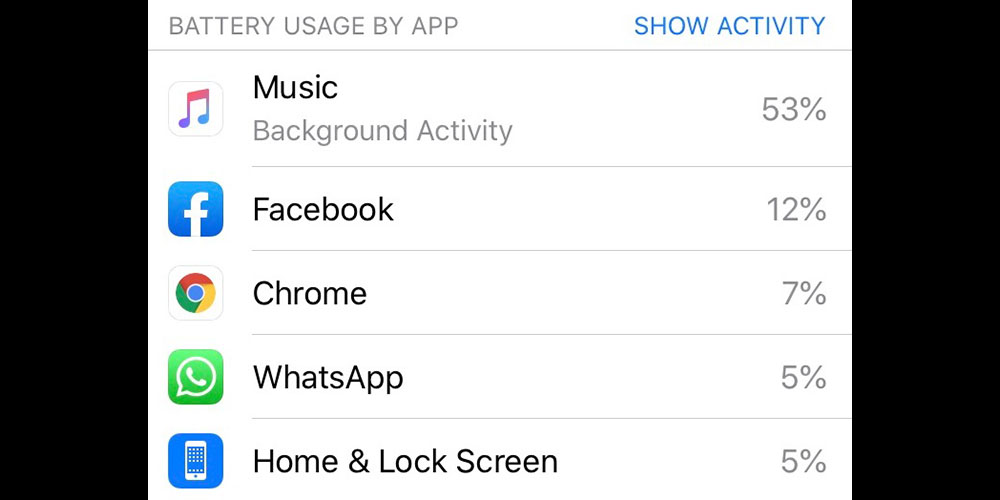 A number of iOS 13.5.1 users are reporting significant Apple Music battery drain, notable for the fact that it is often being seen when only running in the background.

The issue isn’t limited to 13.5.1, as reports date back as far as April, but does appear to be affecting significantly more people in the latest public iOS version released last month …

Hundreds of users, many running iOS 13.5.1 on devices both new and old, are experiencing rapid battery drain when the Music app is not in use. In some cases, the background activity occurs over several hours each day, even if the app has not been used for weeks or even at all.

Some report that more than half of their battery usage comes from Apple Music even when they aren’t using the app.

“Up until Friday there was little or no background activity however this jumps massively over the weekend. I have turned background app refresh off for all app and yet Apple Music is still draining the battery when not in use; 53% of battery use in the last 24hrs without using the app.”

“I just used Apple Music app probably for the first time in ages a few days ago, and have had huge battery drain these last few days. Help my phone is wearing out really fast! I only tried rebooting it so far. I see over 50% battery being used by music just like others above.”

“I use Music once a month at most and haven’t opened it in weeks, and yet it’s draining my battery so fast and my phone is always hot.”

“I have this exact same issue – the Music App has suddenly become a battery hog. iPhone 11 showing Music using 64% of battery over the last 24 hours – 18h 54m background usage and 19minutes on screen.”

“The app that shows it is using all the battery is Music background activity… over 10 hours and still climbing after turning off background refresh for it.”

There are rather inconsistent reports of what, if anything, resolves the issue when experienced. Among the steps people have tried are force-quitting the app, restarting the phone, disabling background refresh, turning off mobile data access for the Music app, deleting and reinstalling the Music app – and even doing a complete reset of the phone and setting it up as new. While some have reported success with one or more of these steps, others have tried them all without any change.

You can check your own phone in Settings > Battery and then seeing whether the Music app shows a significant percentage of battery usage. If you’re on iOS 13.5.1 (Settings > General > About), please take our poll to give a sense of how widespread the issue is.