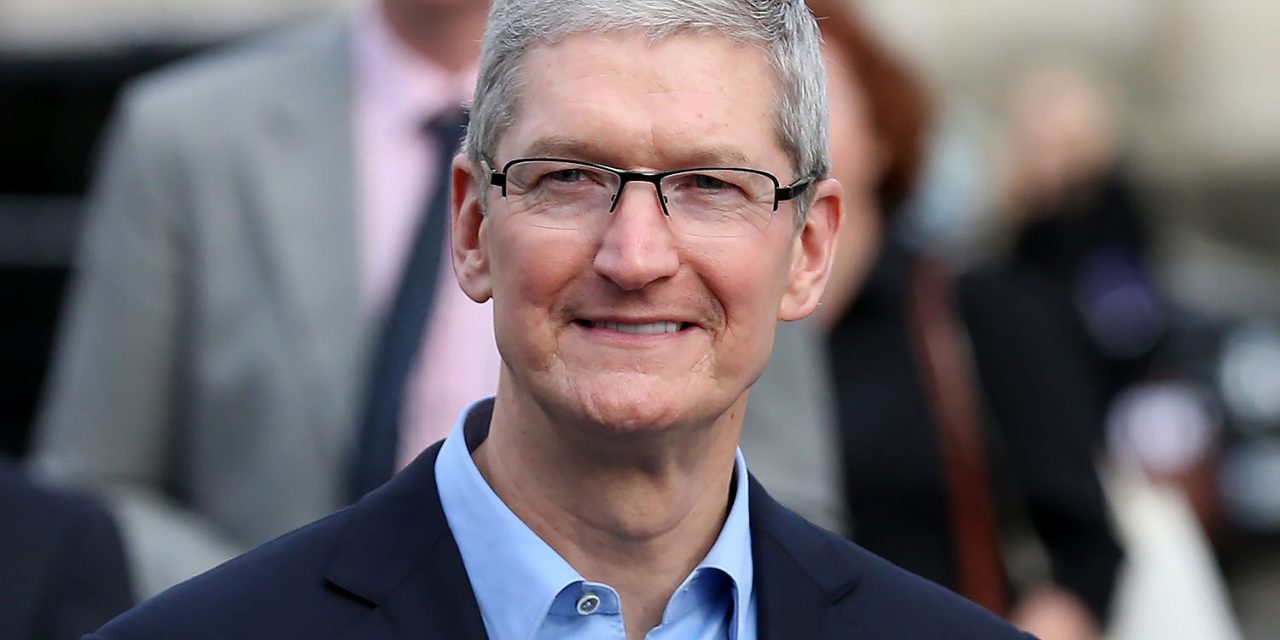 Bloomberg is out with its 2019 Pay Index that ranks the compensation of US executives. Even though Apple’s CEO Tim Cook has a relatively small salary, bonuses and large stock awards launched him to being the second-highest-paid CEO after Tesla’s Elon Musk.

Bloomberg‘s data shows that Tesla’s CEO Elon Musk handily earned the most of any US executive in 2019 thanks to options vesting. That saw Musk earn a sizeable $595.3 million, more than four times the second-highest earner.

That number two spot, held by Apple’s CEO Tim Cook was earned with an annual income of $133.7 million. We first learned about Cook’s 2019 compensation back in January as Apple released the data but today’s report from Bloomberg is an interesting comparison against all US CEOs.

Cook took a relatively small $3 million salary with $7.7 million being made up from bonuses, and the large $122.2 million coming from stock awards. He also saw $884K in benefits for 2019. 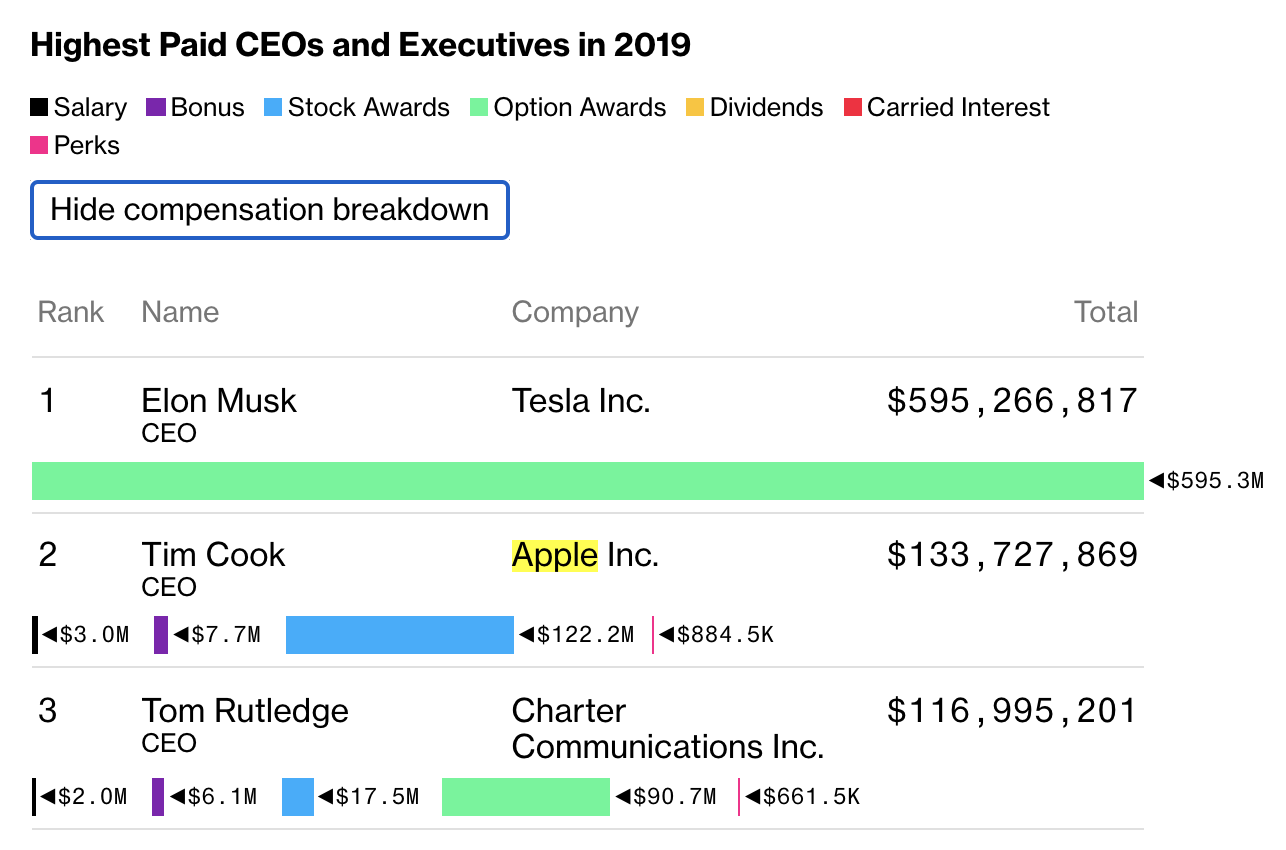 Charter’s CEO, Tom Rutledge came in third, not too far behind Cook’s compensation at $116 million.

Cook is known for his philanthropy, for example, giving away $2 million worth of Apple shares to an undisclosed charity just last year. But in the bigger picture, he plans to systematically give away all of his wealth.

For a look at the full list of the highest-paid US CEOs, check out the Bloomberg report here.