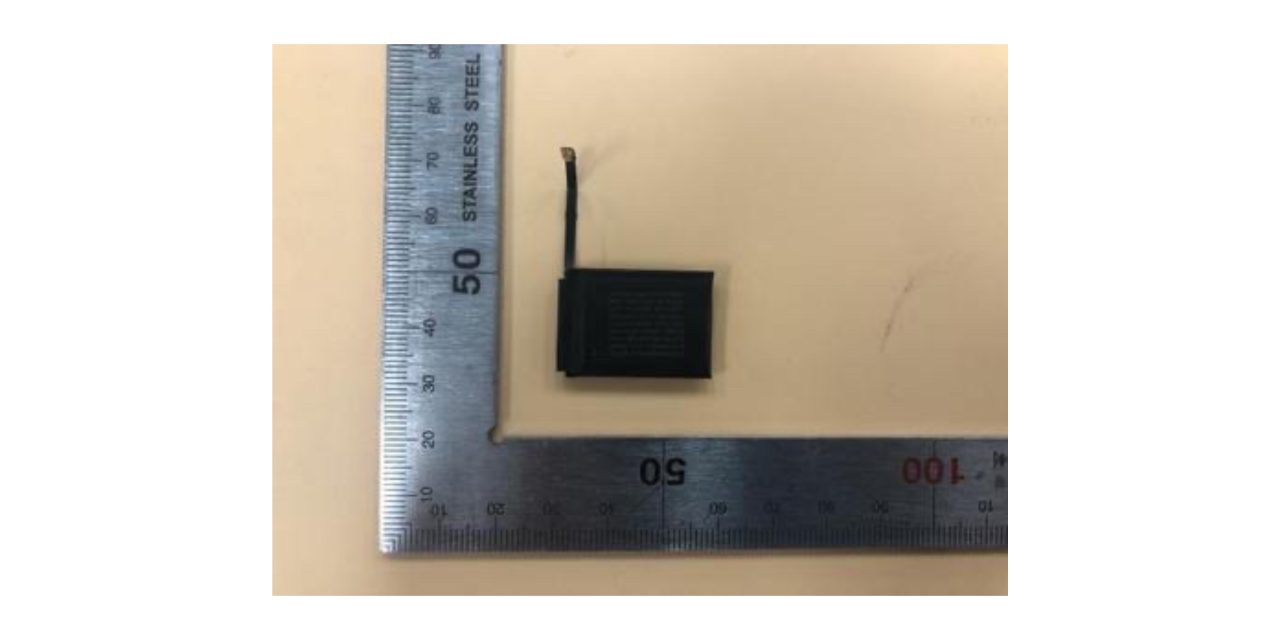 A battery from Apple potentially destined for a future Apple Watch or AirPods charging case has passed through a Korean certification database. This comes after new a MacBook battery passed through international regulatory agencies earlier this week.

The Apple Watch or AirPods battery was first shared on Twitter by the account @yabhishekhd. The accompanying regulatory documentation from the Korea Testing and Research Institute indicates that the battery has a model number of A2327, a capacity of 303.8mAh, and 1.17-watt-hours.

There is speculation that this battery could be destined for the upcoming Apple Watch Series 6 or perhaps a future charging case for AirPods. The categorization in the KTR database is relatively vague, with the battery being described as “fitness.” This could theoretically apply to both AirPods and Apple Watch, but visually, the battery is more similar to what we’ve seen in the Apple Watch — as the images below show.

Nonetheless, the increased battery capacity could help offset the battery effects of new features such as blood oxygen level detection and new sleep tracking features. You can keep up with everything we expect to see in this year’s Apple Watch Series 6 update right here.

For comparison’s sake, here is a teardown of Apple Watch Series 5 showing the design of the battery:

And finally, here is a teardown of AirPods showcasing the battery design: