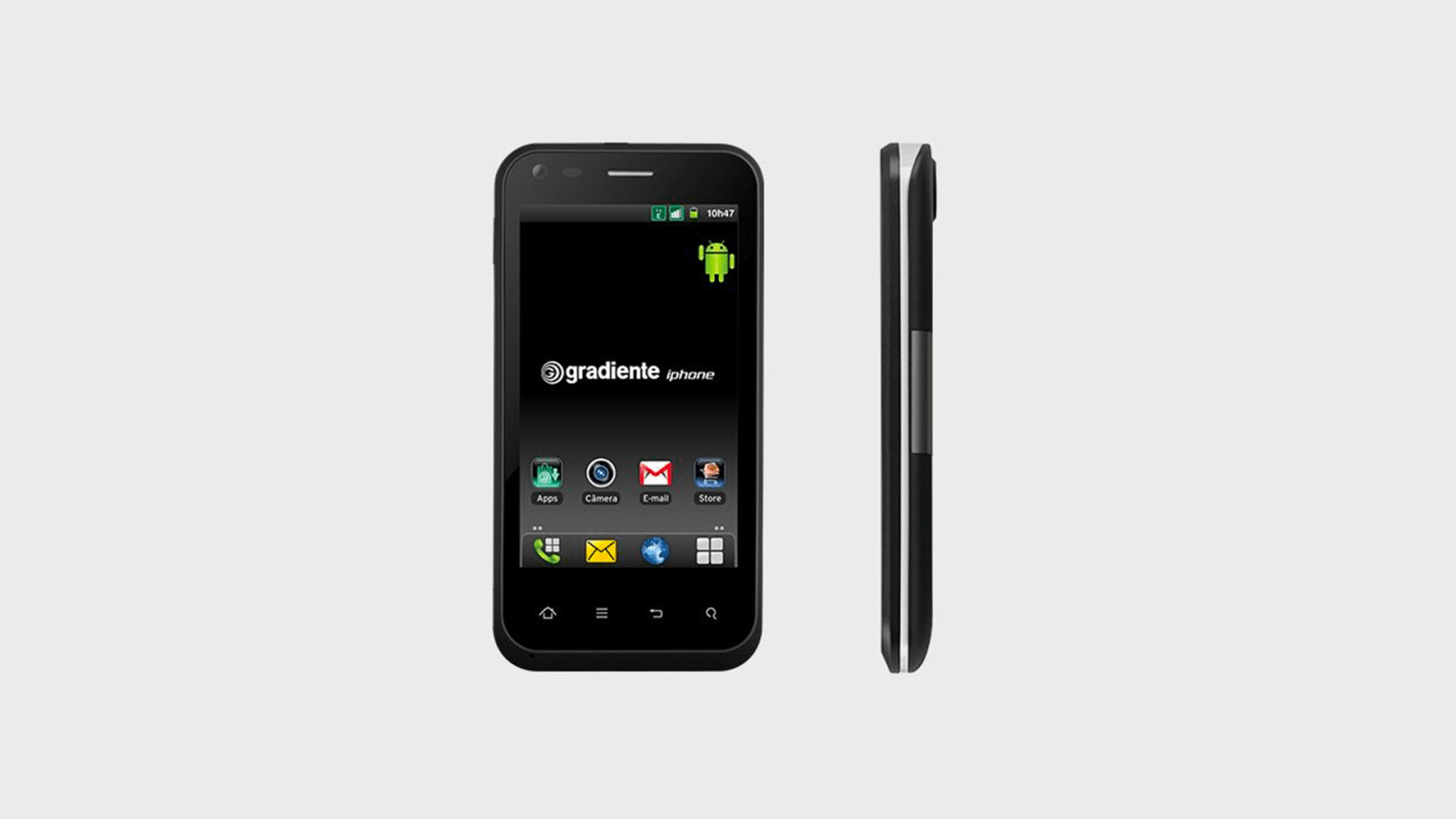 While Apple recently took legal action against a company called Prepear for using a pearl-shaped logo that resembles the Apple logo, the Cupertino-based company may face legal problems in Brazil. The Brazilian Supreme Court decided this week to accept an appeal allowing IGB Eletrônica to proceed against Apple over the iPhone trademark.

IGB Eletrônica, which is better known as Gradiente, is a Brazilian electronics company that was very popular in the past, but now it’s under judicial reorganization. The company filed for the trademark “G Gradiente iphone” in 2000 with plans to launch a new phone, but the registration was only approved in 2008 when Apple’s iPhone had already been launched.

The company launched an Android phone with the brand “Gradiente iphone” in 2012, but Apple asked Brazil’s National Institute of Industrial Property to invalidate the trademark registered by IGB Eletrônica. At the time, Apple claimed that IGB had never used that brand before until the iPhone’s success.

While the Brazilian company can still use the “Gradiente iphone” brand, it has lost the exclusive rights to the trademark — so any other company, including Apple, can use it in Brazil. However, the Brazilian Supreme Court has now decided to reconsider the last decision after another request from IGB.

As reported by Valor Econômico (via Tecnoblog), IGB argues that the decision to invalidate the “Gradiente iphone” trademark in Brazil is a “violation of free enterprise, free competition and trademark protection.” Apple, in contrast, claims that other companies copied its branding with the first lower case letter “i” after the announcement of the first iMac in 1998.

While the Brazilian Supreme Court will allow IGB to continue the proceedings, it’s not clear whether its final decision will be in favor of Apple or IGB Eletrônica. It’s also worth mentioning that it may take years until the court decides to hear the case, so things are likely to remain unchanged for now.