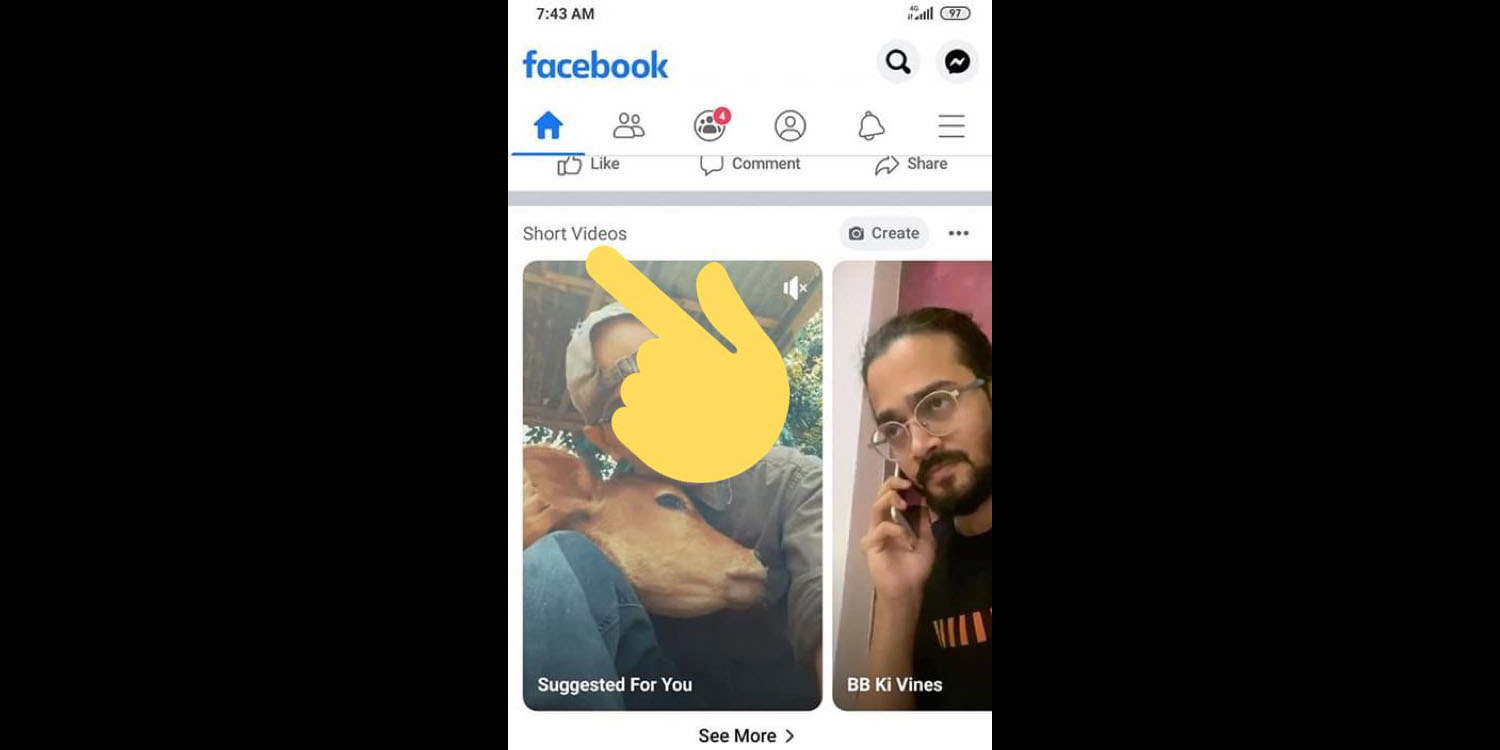 With TikTok potentially facing a US ban, depending on whether or not a Microsoft acquisition goes through, a Facebook short videos feature has been spotted in testing.

TikTok is of course based on short, user-created videos. As a highly popular app in the US, its withdrawal from the country would leave a huge vacuum …

Among kids, TikTok is a big hit in the US.

A major study of app usage has found that TikTok is almost as popular with kids as YouTube. The analysis of 60,000 families across the US, UK, and Spain found that kids age 4-15 spend 80 minutes a day watching TikTok videos, just five minutes less than they spend watching YouTube.

Instagram wasted no time in seeking to capitalize on this, cloning TikTok’s functionality with a new short-form video feature called Reels.

Reels invites you to create fun videos to share with your friends or anyone on Instagram. Record and edit 15-second multi-clip videos with audio, effects, and new creative tools. You can share reels with your followers on Feed, and, if you have a public account, make them available to the wider Instagram community through a new space in Explore. Reels in Explore offers anyone the chance to become a creator on Instagram and reach new audiences on a global stage.

Software engineer Roneet Michael tipped off Matt Navarra that the company now appears to be aiming to do something similar in its main app.

TikTok may survive in the US if a sale to a US company successfully completes. Apple was briefly mentioned as a possible buyer, though the company quickly dispelled the notion. Twitter is also reported to have expressed an interest, though Microsoft remains the front-runner.

The Chinese company is also threatening a legal challenge to Trump’s executive order.

Either way, the uncertainty is likely to increase interest in potential alternative apps, so Facebook appears well-placed to build some traction with copy-cat features in the form of both Instagram Reels and a Facebook short videos feature.