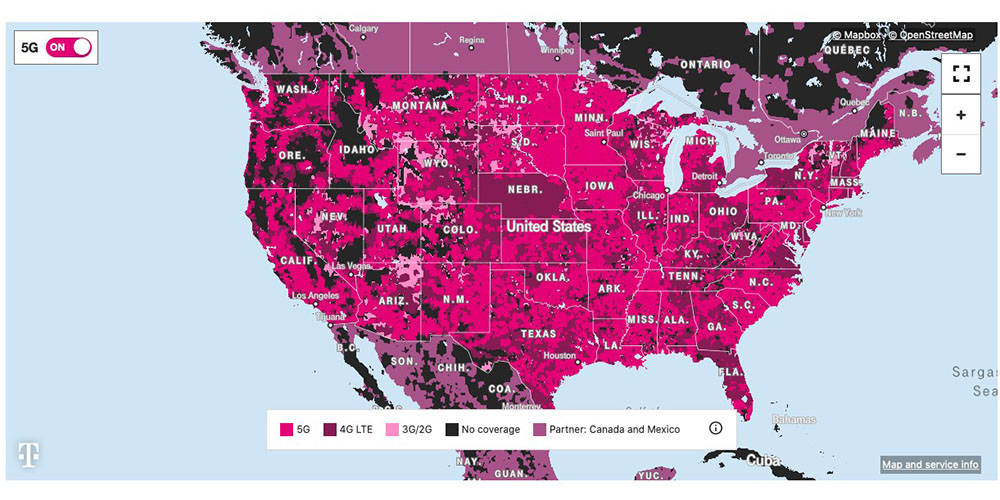 With carrier claims about both LTE and 5G coverage not always reflecting reality, the FCC has said that carriers should have to prove coverage claims. However, both T-Mobile and AT&T are objecting to this, claiming to it would be too expensive for them to do so …

Carriers currently rely on computer modelling to generate their coverage maps, but the FCC wants them to verify their accuracy with on-the-ground tests. CNET reports that the two carriers have filed objections to the proposal.

AT&T’s filing, submitted Tuesday this week, argues that it’s impossible for “all carriers to use the same parameters and produce maps that accurately predict their individual network performance.” AT&T also argued against the cost imposed on carriers by requiring them to conduct annual drive testing nationwide to verify mobile broadband coverage maps.

“AT&T estimates that to drive test just 25% of the square kilometers of its nationwide 4G LTE coverage would cost approximately $45 million each year and that drive testing only 10% of its coverage would still cost as much as $18 million/year,” the filing said. This is “simply too costly,” especially while carriers are focused on a 5G rollout, AT&T said.

“A blanket requirement to perform regular on-the-ground testing will force providers to spend millions of dollars each year on tests, resources that would be better spent investing in our network and deployment in rural America,” T-Mobile said.

The FCC says that accurate coverage maps matter, not just to avoid misleading consumers but because they also determine how federal money is spent.

The FCC’s maps are supposed to let policy makers know where broadband is and isn’t available, so that they can figure out who gets the $4 billion in federal subsidies that are supposed to help bridge the digital divide.

Lack of detail also makes a big difference: in the past, a carrier could claim it had coverage in a given rural area if just one home had service, even if it was the only one within miles to do so.