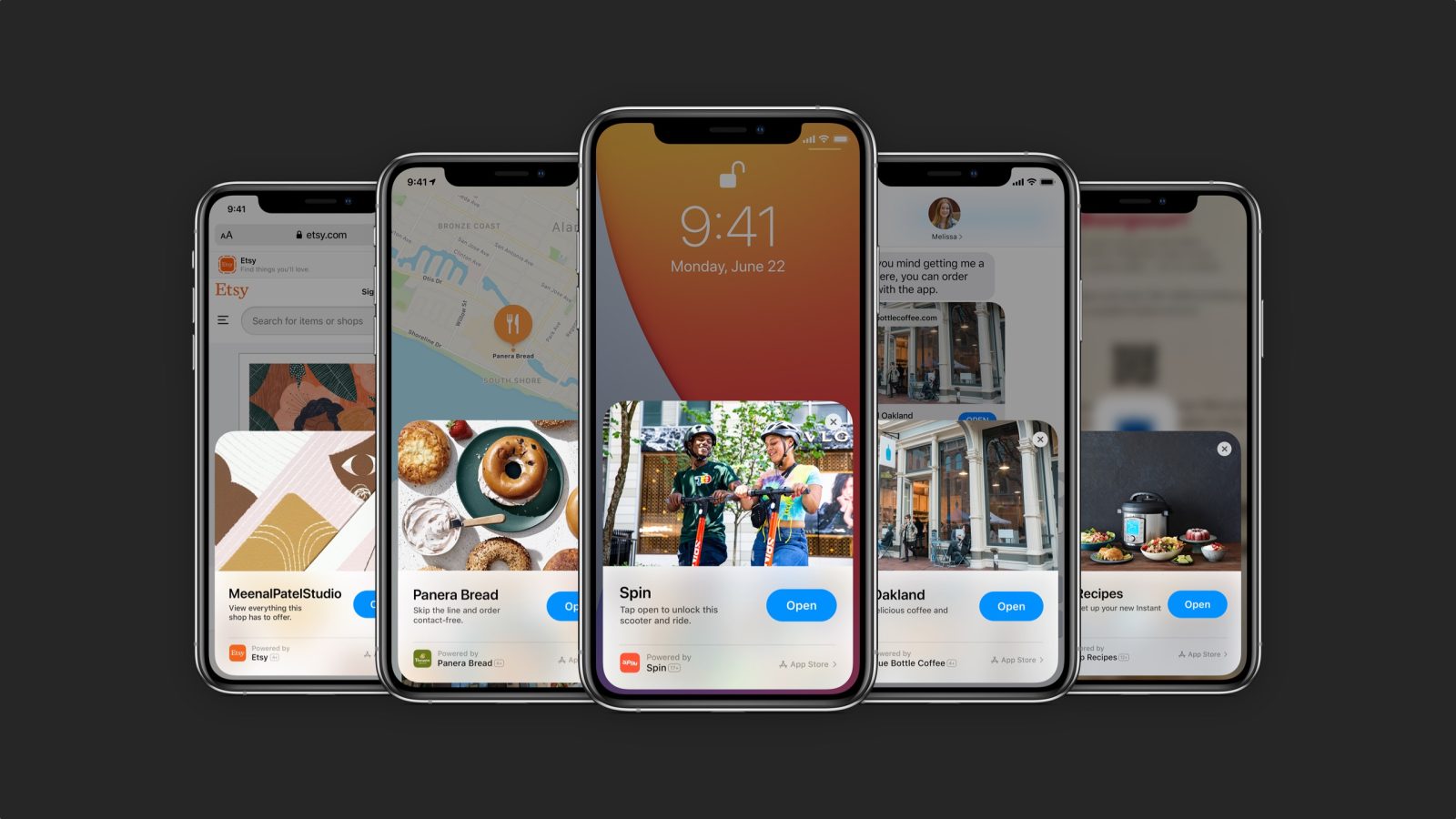 App Clips is one of the main features of iOS 14, as it allows users to download a smaller version of an app to do a specific task. Although it was presented at WWDC 2020, some users and developers may have wondered how it will work since App Clips were not available until iOS 14 beta 5. Read on as we explain how the feature will work on iOS 14 when it is officially available to the public.

9to5Mac first revealed this feature months before WWDC 2020 based on an early build of iOS 14 that we obtained access to. As we described back then, an App Clip is a “new way to offer specific parts of third-party apps across the system without needing to have them installed.”

In other words, you can access parts of an app without ever installing it on your iPhone or iPad. These small apps, as you might expect, offer limited functions since they are focused on simple and quick tasks.

Apps can offer App Clips for different purposes. They can be activated through the following methods:

Let’s say you find a restaurant in the Apple Maps app and you want to order something from there. If this restaurant offers an App Clip, you don’t need to download and install its full app from the App Store. Instead, the Maps app will load only a part of the app with the menu and payment options. You can order anything directly from the Maps app with just a few taps.

The same works for when a friend sends you the link to an app that you don’t have installed on your iPhone or iPad, or when you need to pay for a shared scooter ride but you don’t have an app for that. The respective App Clip will show up on your device’s screen with just the functions you need at that moment.

App Clips can offer integration with Apple Pay so you don’t have to enter your credit card information every time you use them. It can also check the user’s location and provide push notifications for eight hours after you use it. This allows you to close the clip view and still receive related alerts.

All recently used App Clips can be easily accessed through the new App Library page, which will have a new dedicated section. From there, users can also install the full versions of those apps.

However, keep in mind that App Clips are not widely available during the iOS 14 beta testing period. That’s because, just like any other app, App Clips need to be approved by Apple, and the company will only accept apps with this feature once iOS 14 is available to the public later this year. Besides that, the feature wasn’t available at all until the fifth beta release of iOS 14.

As you can see, the App Clips feature is definitely a great way for developers to allow users to try out new apps before downloading their full versions on the App Store. They’re also useful to let you have fewer apps installed on your device if you don’t use them often.

The official release of iOS 14 and iPadOS 14 is expected this fall. Read more about what’s new in iOS 14 in our full guide here on 9to5Mac.