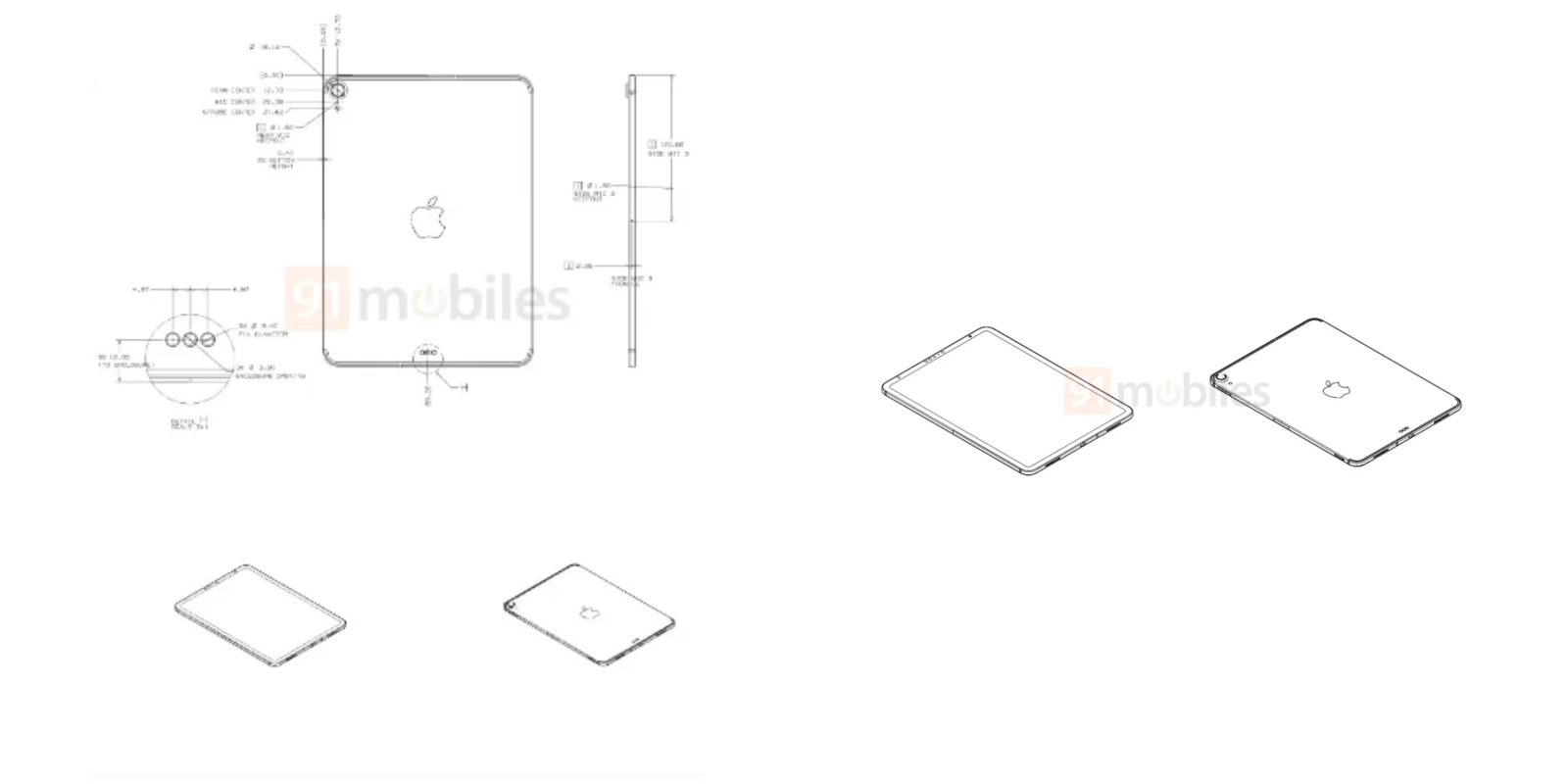 Following leaked images of the rumored iPad Air 4 a few days ago, additional iPad schematics have allegedly surfaced this weekend. The schematics were shared by 91Mobiles and claim to offer details on the rumored 10.8-inch, eighth-generation iPad, but there are a few things to be skeptical of here.

The schematics show an iPad with a design similar to the iPad Pro. There are slim bezels around the side, USB-C connectivity at the bottom, what appears to be an Apple Pencil magnet on the side, and the Smart Connector on the back. Interestingly, the report also adds that the 8th-generation iPad would feature Face ID support as well.

The 91Mobiles report indicates that these schematics show the low-end eighth-generation iPad. This would be the follow up to the current $329 iPad with a 10.2-inch display. Ming-Chi Kuo has previously reported that Apple would release a new 10.8-inch iPad of some sort in 2020.

This presents an interesting situation because 91Mobiles claims that the $329 10.8-inch iPad will feature Face ID, which doesn’t make much sense. It’s highly unlikely that the higher-priced iPad Air 4 would feature Touch ID in the power button, while the lower-end eighth-generation iPad would feature Face ID. Rumors have also suggested that the upcoming iPad Air might add support for the Magic Keyboard.

Apple recently filed several new iPads with a Eurasian regulatory database. This means that we do know that Apple is preparing new iPads for a hardware refresh sometime soon, but regulatory filings do not shed any light on the industrial design or specific model details.

The ultimate outcome here remains to be seen, but we would highly doubt that the upcoming $329 iPad refresh would feature Face ID. What do you think? Let us know down in the comments!