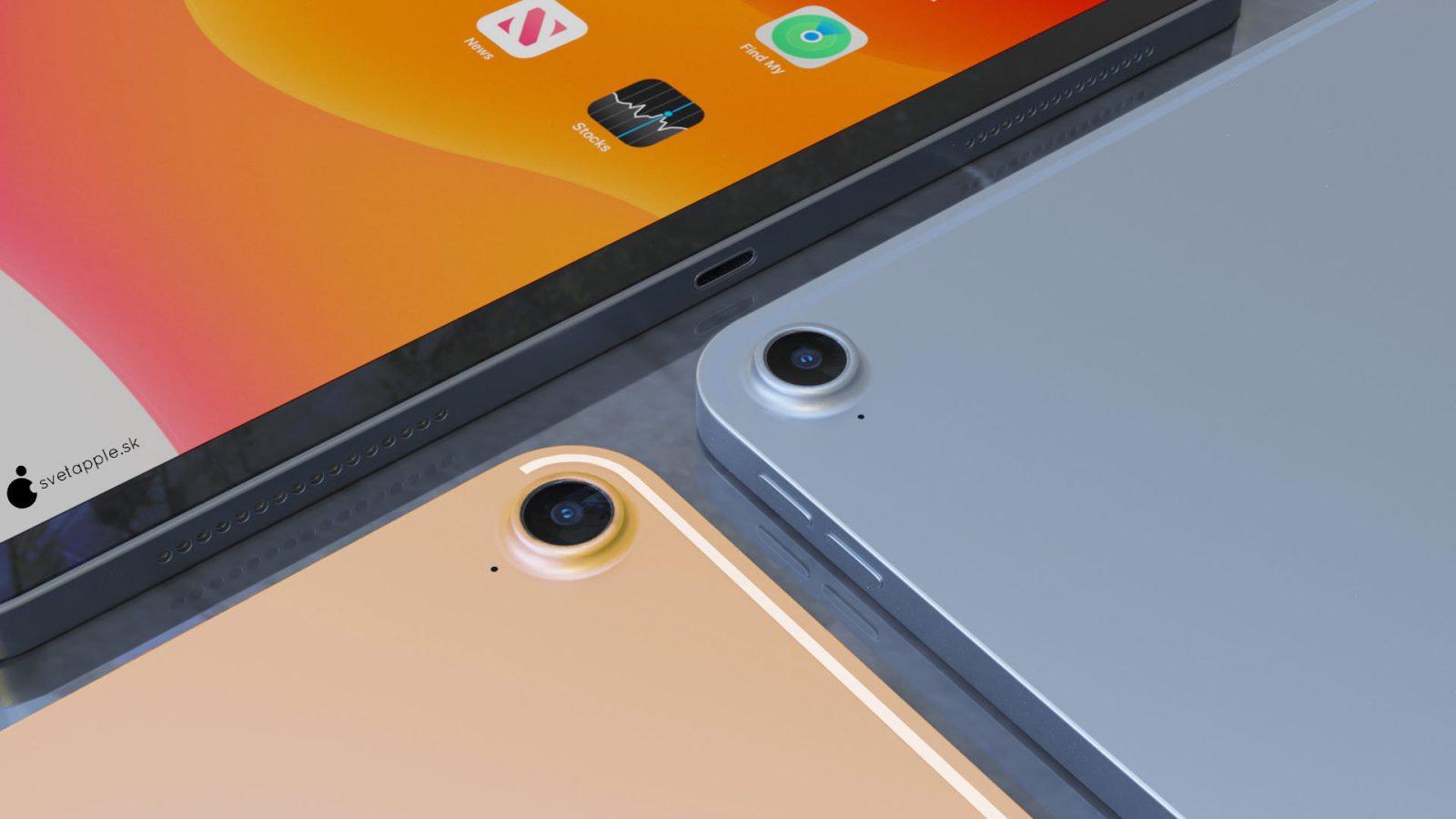 We’ve been hearing rumors about the redesigned fourth generation iPad Air with an edge-to-edge display for a while, and Bloomberg confirmed this week that the new iPad Air will be introduced this fall. While we’re not entirely sure if the new iPad Air will follow exactly the same design adopted by the 2018 and 2020 iPad Pro models, Svetapple has created a concept to demonstrate just that.

Rumors suggest that the new iPad Air model will have thinner bezels around the display, just like the latest iPad Pro models. The dimensions of the iPad Air 4 are expected to be similar to those of the 11-inch iPad Pro, but it’s unclear whether the new iPad Air will have exactly the same screen size as the smaller iPad Pro.

However, instead of Face ID, this new iPad Air will feature Touch ID built into the power button — which is something unprecedented on the iPhone and iPad. Since the new design will not have a home button and Face ID sensors are still expensive, Apple would adopt Touch ID on iPad Air to save some costs and keep the Air model as a cheaper alternative for consumers.

Svetapple’s concept shows us an iPad that looks extremely similar to the 2018 iPad Pro, but we can notice some significant differences. The iPad Air 4 shown in pictures has a sleeker design with flat edges, Smart Connector at the back, and a single protruding camera lens. The iPad, however, doesn’t have a built-in LED flash — which is something Apple may not include, just as the current generation iPad Air doesn’t have an LED flash.

The concept also imagines a larger power button due to the built-in Touch ID. You can check out all the renders below:

A recently leaked iPad Air 4 manual also shows that the new model will feature a USB-C port instead of the Lightning connector, which will let iPad Air users connect a range of accessories that are not compatible with current iPad models except for the iPad Pro. The addition of the Smart Connector on the back might bring compatibility with the new Magic Keyboard with trackpad, which was introduced earlier this year as an iPad Pro accessory.

What do you think of this concept? Would you prefer to buy a new redesigned iPad Air for a lower price instead of the iPad Pro? Let us know in the comments section below.