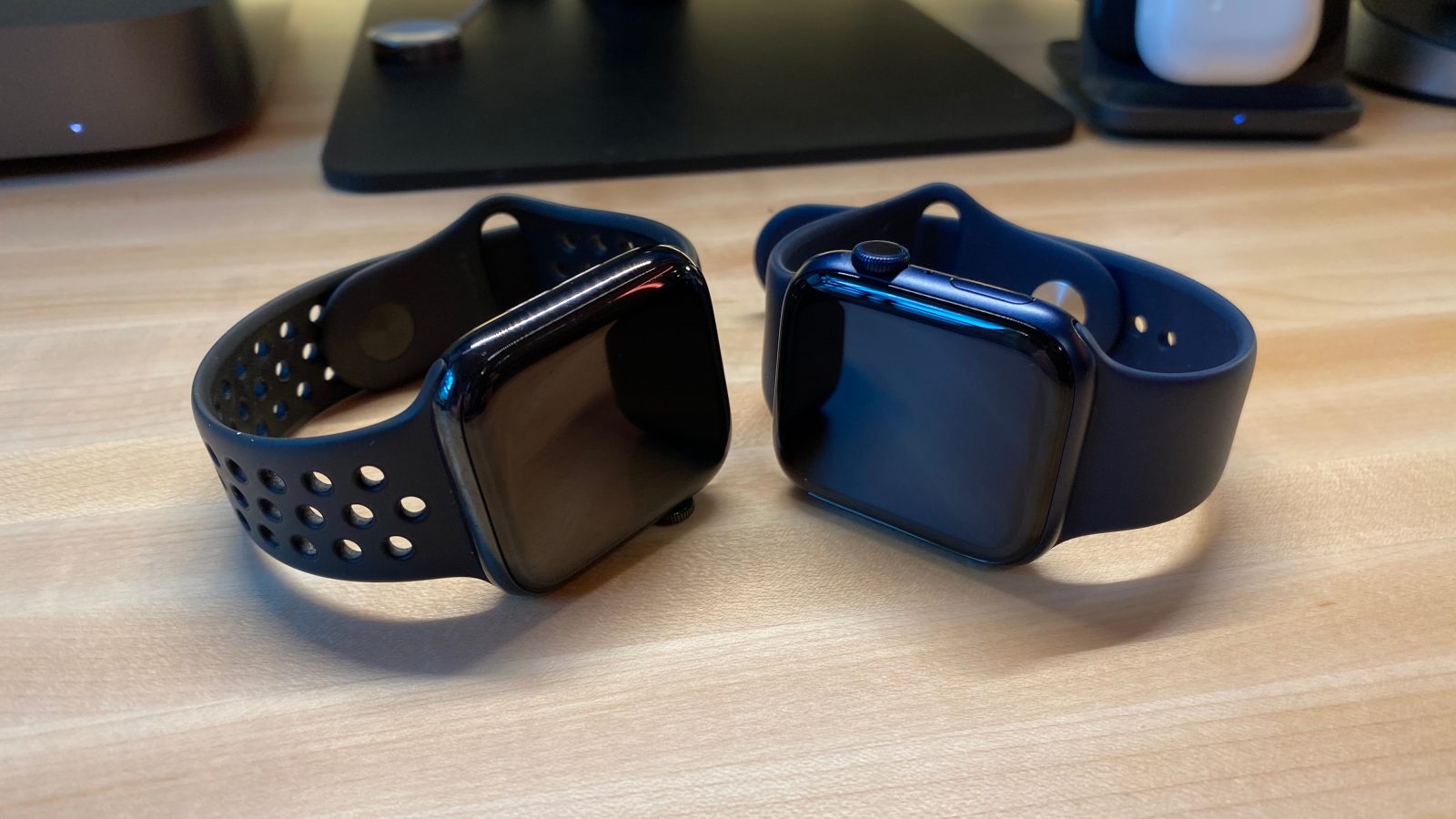 The Apple Watch Series 6 has officially arrived, bringing new health-monitoring features, new colors, and more to the Apple Watch lineup. I’m a die-hard Apple Watch user, but unlike my iPhone, it’s not something I upgrade every year. Last year, I made the decision to skip the Series 5 and stick with my trusty Series 4 for another year.

This time around, the addition of the blood oxygen sensor, an aging battery in my Series 4, and a desire to finally have the always-on display prompted me to make the jump to the Series 6. But while the decision to upgrade has already been made, there are still several other factors to consider.

Because I don’t upgrade every year, I tend to opt for the higher-end stainless steel model of the Apple Watch. My Apple Watch Series 4 was the stainless steel space black model in 44mm, and I absolutely adored the design. The glossy space black finish went well with virtually any band sold by Apple, and not that I’m a fashion expert, but it never looked out of place with any particular style of clothing.

My Apple Watch Series 4 also featured an active cellular connection through AT&T, which got varying levels of usage over my two years with the Series 4. As I’ll touch on further down in this article, whether or not the cellular connectivity is worth the added up-front cost and $15 per month to AT&T.

If it were available as an option, I would have instantly purchased the Apple Watch Series 6 in the same space black finish as my Series 4, but Apple is switching things up in several ways this year. In turn, this means that I too have some decisions to make.

The stainless steel gold and aluminum (PRODUCT)RED finishes are gorgeous but immediately off the table for me, because I think they’re a tad too flashy and bright for my taste. The space gray and silver aluminum cases are classic options and ones I was considering until I saw the blue aluminum, at which point I knew that if was choosing aluminum, I was going to choose the blue option.

Meanwhile, the graphite stainless steel option was also intriguing, but Apple’s website doesn’t do a great job of showing how it looks in the real world, particularly when compared to my adored space black steel finish.

In non-pandemic times, I would head to an Apple Store to get an in-person look at the blue aluminum and graphite stainless steel in person, compare them to my space black Series 4, and see how different bands look with the blue finish. Nonetheless, Apple Stores in Texas are still rightfully closed, and Best Buy doesn’t showcase display units of the stainless steel options.

So, I did what any Apple fan would do: I ordered the graphite stainless steel model and the blue aluminum GPS model. I plan to compare them head-to-head, try out different bands with the blue finish, and make a decision on which one to keep.

My Apple Watch Series 6 stainless steel graphite order arrives later today, but I’ve been using the blue aluminum model all weekend. My early impressions of the color, as well as new features like blood oxygen testing and the (new-to-me) always-on display, are very positive.

I’ll have more details on my impressions over the next week or so, but here a few things I’ll specifically be considering.

Do I need cellular?

As I mentioned earlier, the cellular connection on my Series 4 received a varying degree of usage throughout its two years. Whether or not cellular connectivity is worth the hardware and monthly cost is something I’ll be considering this year.

The stainless steel Apple Watch models include a sapphire finish on the display that has proven to be incredibly resistant to scratches and scuffs. The Ion glass on the aluminum models is not nearly as resistant.

The blue aluminum is gorgeous and much more subtle than I initially anticipated. Nonetheless, I still have concerns related to how well it will pair with different colored watch bands.

Here’s a quick look at the blue aluminum with a black sport band; you be the judge and give your ruling on how well it matches in the comments.

Finally, I did some basic Apple Watch Series 6 battery life testing over the weekend, and I’m very optimistic about the results so far. In my testing, with workout tracking, the Series 6 seems to be exceeding

Have you upgraded to the Apple Watch Series 6? If so, let us know what you think of it down in the comments below.