Verizon is expanding what its Call Filter software can do to alleviate robo and spam calls. For Verizon customers who are on a Call Filter Plus plan as well as running the iOS 14 beta, the carrier is rolling out a new Silence Junk Callers feature.

Update 9/21: Verizon has officially announced the new Silence Junk Callers feature. It’s available for free to all Verizon customers and is auto-enabled in iOS 14. You can double-check it’s up and running to protect you from spam and junk calls by heading to Settings > Phone > Call Blocking & Identification.

Verizon customers can also download the carrier’s Call Filter app to get even more information on incoming calls.

Verizon continues to be an industry leader in protecting over 75 million customers from pesky robocalls, with over 7 billion calls and counting. And for the 10th consecutive month, there’s an industry-wide decline in the volume and frequency of robocalls that customers receive. This is due, in part, to Verizon’s continued efforts on behalf of customers within the network and application levels, including the rollout of new network technology in iOS 14 that automatically sends robocalls to voicemails for Verizon iOS customers.

Apple launched the ability to silence unknown callers with iOS 13 but the trouble is that it doesn’t differentiate between spam calls and a legitimate caller who isn’t in your contact list. So if you forget you have it turned on, you can easily miss important calls.

Verizon’s Call Filter software is able to offer a better experience with spam detection, filtering, a personal block list, and more. And now it’s offering the ability to silence junk calls so they don’t bother you at all. This latest feature is available to iOS 14 beta testers who are subscribed to the Call Filter Plus plan ($2.99 for one line, or $7.99/3+ lines).

It works by identifying spam calls and sending them directly to voicemail without ringing your phone. Later this fall, the feature will be available to even the free Call Filter plans when iOS 14 launches to the public.

As Verizon continues its work to battle spam calls it says it is “authenticating billions of calls each month between more than a dozen providers using STIR/SHAKEN technology and continues to lead the way on robocalling efforts for the industry.” 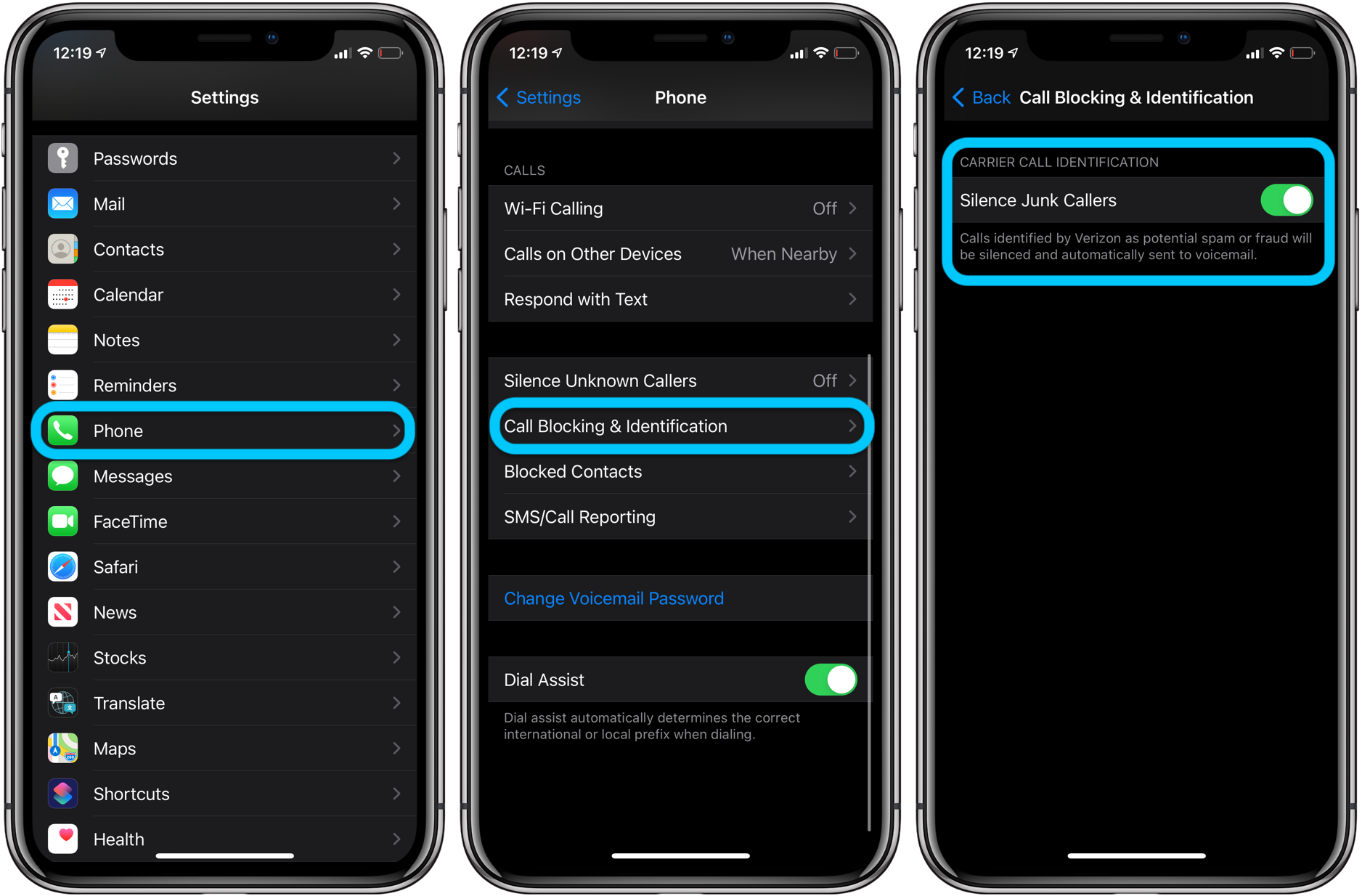