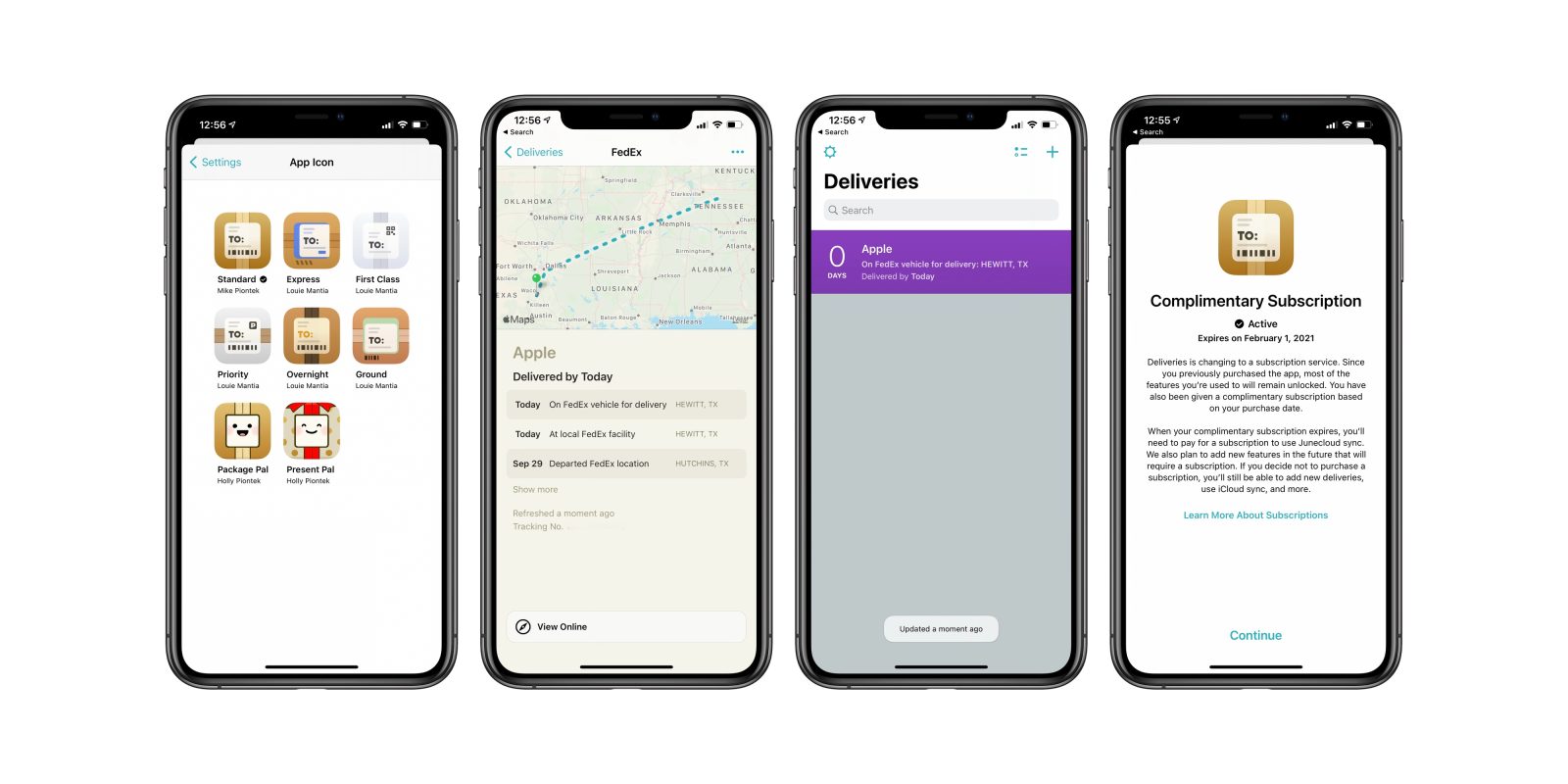 Deliveries has been one of the most popular iPhone, iPad, Mac, and Apple Watch for many years, offering an easy way to track packages from multiple services in one place. A major update to Deliveries today gives it an updated design, several new features, and a new business model.

Deliveries 9.0 is available now for iPhone, iPad, Mac, and Apple Watch. The most notable change is the redesigned interface, which includes support for Dark Mode. The new interface is cleaner and more modern, and it’s the first notable redesign to Deliveries in several years.

Today’s update to Deliveries also brings a new tracking history feature, which shows the full history of a shipment in the app — and it remains in the app even if you archive the shipment.

You can also now enable both iCloud and Junecloud sync at the same time. Previously, if you opted for iCloud sync instead of Junecloud sync, you would not be able to use the popular “Mail to Deliveries” feature or accessing shipments via the web. Now you can use iCloud for syncing, but also enable Junecloud for access to those other features.

Other new features in Deliveries version 9.0 include:

For those unfamiliar, Deliveries is a package tracking application that allows users to track packages from services including UPS, FedEx, USPS, DHL, Canada Post, Amazon, and many others. The full release notes for today’s update can be found here.

A switch to subscriptions

The Deliveries app has always been a one time purchase of $4.99 for iPhone, iPad, and Apple Watch, and $4.99 separately for the Mac app. With today’s update, the app is switching to a “flexible pricing” structure based on recurring subscriptions.

We have so many wonderful customers, but most people have never tried Deliveries. We know a big part of that has always been the upfront cost: the current price of $4.99 for the iOS app and $4.99 for the Mac app is a lot to ask before you’ve even had a chance to figure out if it does what you want it to do. Subscriptions will make it possible to download the app on all your devices and try it for a month, or even a full year, for less than it would have cost to buy both versions. If you cancel your subscription, you’ll still be able to finish tracking any packages you previously added, and look up your past shipments if you need to.

Once it comes time to pay for Deliveries, the subscription will cost $0.99 per month or $4.99 per year, billed through the App Store. For those who are completely new to Deliveries, you won’t be able to add new tracking numbers to the app without an active subscription.

You can find more details on the Junecloud website. Deliveries is available on App Store for free with the aforementioned in-app subscription upgrades.