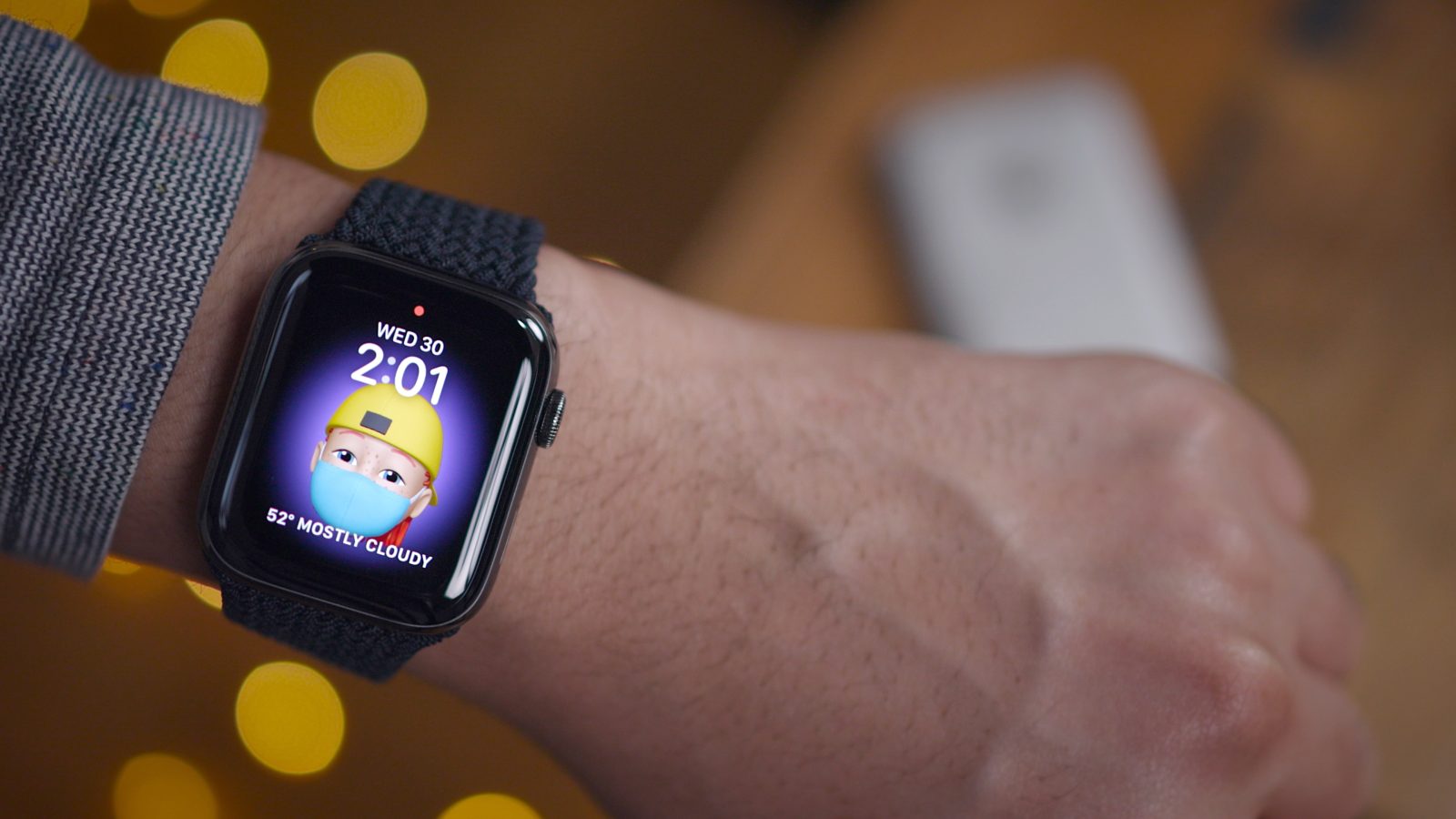 After spending two weeks with the final version watchOS 7, I’ve landed on my favorite new features for Apple Watch. Although obviously not as feature-dense as iOS 14, watchOS 7 — with new additions like Family Setup, watch face sharing, sleep mode, and multiple complications per app — brings more than enough new additions to the table. Watch our hands-on video as I explore the top 10 watchOS 7 features.

Apple notes that Family Setup might be useful for children as well as older adults who can benefit from wearing an Apple Watch. An Apple Watch paired via Family Setup gets its own phone number and can be used for telephone calls and messages. It can also be used with other popular Apple Watch features such as Music, Workouts, activity goals, etc.

Family Setup may be a good idea for family members looking after older ones with features like emergency SOS and fall protection. I can also see it being useful for small children thanks to the communication and tracking features built into the Apple Watch. Family Setup allows you to stay in touch with loved ones via Apple Watch without the need for a more expensive dedicated iPhone and corresponding cellular plan.

Thanks to watchOS 7, Apple Watch users gain access to a couple of key Siri enhancements that can help make life easier. For starters, there’s the new ability to ask Siri how to say a word in another language. For example, you can ask Siri “How do you say Apple in Spanish” or “How to say goodbye in Japanese.” Siri will reply audibly and present a translation right on your wrist.

The second standout Siri-related feature involves the ability to perform offline on-device dictation. Using Drafts, one of my favorite Apple Watch apps, I found dictation to be fast and precise even while offline.

I wasn’t expecting the new Memoji app in watchOS 7 to be as deep as it is, but it literally packs in all of the features of the Memoji editor found on the iPhone. That means you can create brand new Memoji characters from scratch or edit existing Memoji right from your wrist. Users can even add their creations to a brand new Memoji watch face.

All of the new watch faces have their strengths, for example, the GMT watch face is nice because it allows you to quickly switch between time zones with just a tap. If you’re someone who travels or regularly corresponds with people in different time zones, it can be an asset.

But the standout new watch face in my opinion is the new Stripes face. I was impressed with the amount of customization that’s available for this face. It allows you to configure between two and nine stripes, change stripe rotation, change the color of each individual stripe, and more.

Shared watch faces are a powerful tool in the hands of watchOS developers. Case in point, the Carrot Weather app, which features several downloadable watch face configurations that I thoroughly enjoy using. This, coupled with the complication enhancements made possible by watchOS 7, is hands-down one of the best new Apple Watch features.

Not only do we get new complications for moon phases, Camera remote, and individual shortcuts, there’s now the ability to configure multiple complications from the same app on the same watch face. As demonstrated in the Carrot Weather example above, you can have a watch faced filled entirely with data from a single app, providing rich data-dense experiences on faces like Infograph Modular. This, above all other enhancements found in watchOS 7, is the standout feature that warrants the upgrade.

I’ll admit that I’m not a huge Apple Watch workout fan. I primarily use my Apple Watch for notifications and messaging, but with the upcoming Apple Fitness service, I hope to skew my Apple Watch usage more towards staying healthy. That’s why I appreciate the company’s continued commitment to fleshing out its workout offerings. In watchOS 7, there are four new workouts available: Dance, Functional Strength Training, Core Training, and there’s even a new Cooldown workout for post-workout activity.

In watchOS 7, you can now customize all of the activity goals on your Apple Watch, including the stand goal. This is a great feature that greater personalizes the health aspect of the Apple Watch, affording more challenging or more realistic goals for people in all sorts of circumstances.

With the advent of COVID-19, the benefits of hand-washing reminders are fairly self-explanatory. I find that the Apple Watch does a pretty good job of detecting when hand washing has begun, helping to reinforce good hygiene habits throughout the day.

Last but certainly not least, the new Sleep functionality present in watchOS 7 is a welcomed new addition to the Apple Watch. Allowing users to track sleep at night, the new Sleep feature allows users to configure a bedtime, wake-up time, and select the days that they want a sleep schedule enabled.

During the configurable wind-down period, which occurs just before bedtime, the Apple Watch will automatically place itself into do no disturb in order to get you prepared to sleep. Once bedtime arrives, the Apple Watch goes into a deeper sleep mode that disables the auto-waking display. Users can wake the Apple Watch manually, but even then, a dim screen with just the time and scheduled wake-up time are displayed.

Of course, users have the option of manually unlocking their Apple Watch if they need to do so, but it requires a turn of the Digital Crown, not unlike the eject water gesture that’s recommended after a swim.

Using the Apple Watch accelerometer, Sleep will notice subtle movements associated with breathing which can help to differentiate between sleeping and waking states. These data points can then be tracked to help users monitor sleep patterns. Sleep for watchOS 7 is closely linked to the iOS 14 version, and while some historical sleep data is displayed within the app on Apple Watch, you’ll find richer data within the iPhone’s Health app.

Upon wakeup time, users are presented with a screen that displays the current date and time, Apple Watch battery life, and local weather. Sleep is also smart enough to prompt you to dismiss your alarm if it notices that you’re already awake and active prior to your scheduled wake-up time.

watchOS 7 is a great new release for Apple Watch users, especially those on Apple Watch Series 4 and above. The improvements to complications alone warrant the upgrade, but other features like watch face sharing, activity enhancements, and the Sleep app make for a well-rounded release.

What’s your favorite new watchOS 7 feature for Apple Watch? Sound off down below in the comments with your thoughts.