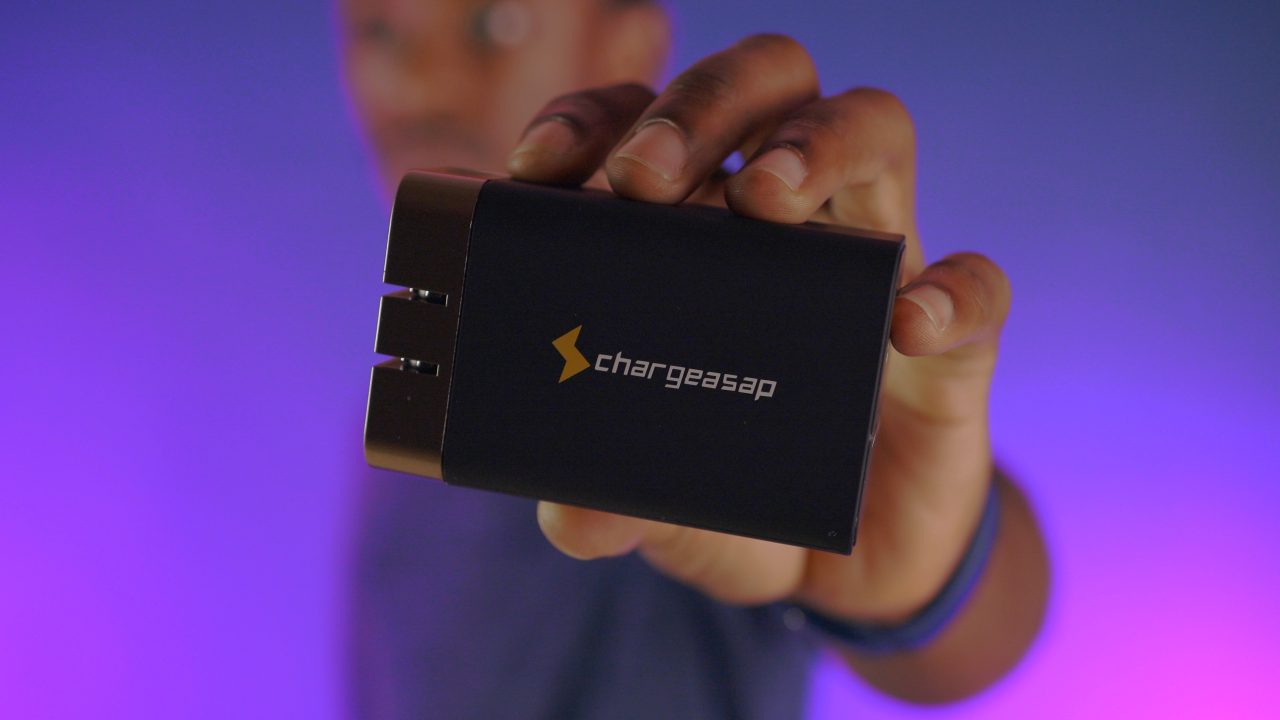 If you’re looking for a portable yet powerful USB-C charging solution with accurate power distribution, you’re in luck! Chargeasap is taking things to the next level with its 100W and 200W Omega USB-C Chargers. These might be the first-ever GaN USB-C chargers that check just about every box for reliability and usability.

The Omega are the world’s first and smallest 200W & 100W GaN USB-C chargers. And this is the first 2nd-generation GaN charger that solves the heat, inaccurate power distribution and long recalibration times of first generation GaN chargers. This is something I’ve personally experienced when using first generation gallium nitride chargers. It’s good to receive the proper power distribution for my devices when using the Omega. This charger’s also the world’s first to incorporate a graphene membrane for advanced heat reduction.

The Omega is compatible with all Apple devices including the 16” MacBook Pro, as well as all Android devices with QC3.0, VOOC, SCP, AFC, FCP, so you should have no compatibility issues with your devices. The omega charger also has connector plugs for the US, AU, EU and the UK. You’ve essentially got worldwide compatibility.

The I/O for the 200W Omega charger is where things get really interesting. You’ve got 2 USB-C ports with individual 100W power output. You’ve also got 2 USB A ports with VOOC and QuickCharge 3.0 support. And with these four ports you can simultaneously charge 4 devices. This could be two 16” MacBook Pros and two iPhone 11’s or two iPhone 11’s and two iPad Pros.

The Omega is smaller than a credit card and only weighs 220 grams, which is surprising for how much power it packs. There also an 180-degree foldable outlet prong. This is extremely convenient for being able to change its orientation based on wherever you are. You could still plug this into a power strip on the floor, or an outlet on the wall.

Omega Charger also comes in a 100W version which is the world’s smallest 100W GaN charger similar to a box of Eclipse mints and even smaller than a credit card. Weighing only 120g, it’s 42% lighter than it’s closest competitor.

Chargeasap didn’t stop there. There’s also a 65W charger, which is the smallest in the world. 41% smaller than the closest competitor, 65W Omega is only 85g light and so compact you can easily slip it into your pocket or bag for daily use. With a 65W USB-C Power Delivery 3.0 PPS port, that’s enough power to charge a 2019 MacBook Pro 13” at full speed.

These are great options for those looking for a reliable all-in-one USB-C charger for your mobile devices. And if you’re interested in picking up an Omega charger, Limited Early Birds Available now for only $55 for the 100W and $85 for the 200W version.

And don’t forget to enter to win a MacBook Pro in our giveaway thanks to Chargeasap.