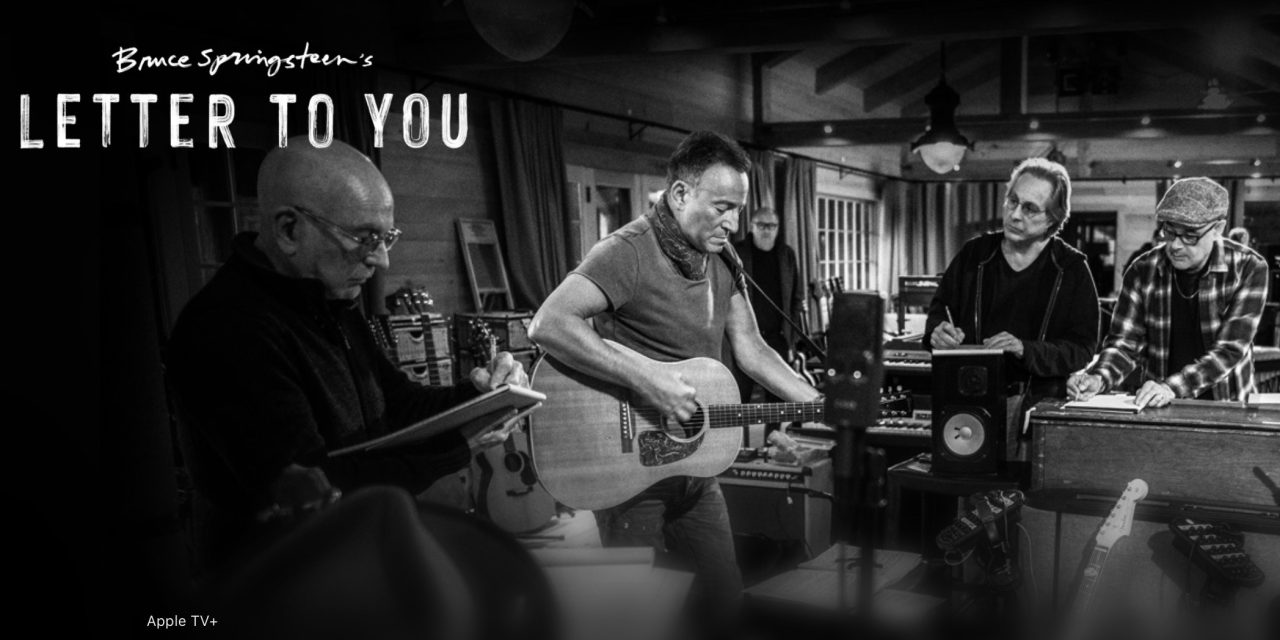 Two pieces of notable news for Apple TV+ today include the service landing Bruce Springsteen’s documentary as an exclusive that will debut in late October as well as an update on The Morning Show season 2.

First up, Bruce Springsteen’s document, Letter to You will be arriving exclusively on Apple TV+. Beyond just an intimate look behind the scenes, it marks Springsteen and The E Street Band recording live for the first time in 35 years.

Both Springsteen and Apple shared the news of Twitter today with a preview page and trailer up on Apple TV. The documentary debuts on October 23.

A tribute to The E Street Band, rock ‘n’ roll, and the way music has shaped Bruce Springsteen’s life, this documentary captures Bruce reflecting on love and loss while recording with his full band for the first time since Born in the U.S.A.

Reported by Deadline, The Morning Show is slated to head back to the studio to continue working on Season 2.

Apple’s The Morning Show is headed back to production. The award-winning series is slated to restart filming its second season on October 19. As is the case with any production during COVID, the date is tentative and subject to change.

The Morning Show earned eight Emmy nominations this year, and helped Apple set a record for the most nominations in a service’s first year (18).

Season 2 of the award-winning show sees the cast from season 1 return. Before having to halt filming, only two episodes of season 2 were reportedly close to being finished. Along with the multiple-months break, the show is said to have been rewritten to acknowledge the pandemic.

Season 2 of The Morning Show is expected to reflect the pandemic. While the first two episodes had been almost completed when COVID hit, “I know that they’re also rewriting, which is crazy because that’s what happened in the first season,” Duplass told Deadline in August. They had a whole set of scripts [then] and they rewrote everything to include the #MeToo movement, and now we’ve got other, larger, global phenomenon to deal with. I don’t know what they’re doing but I know they’re rewriting.”