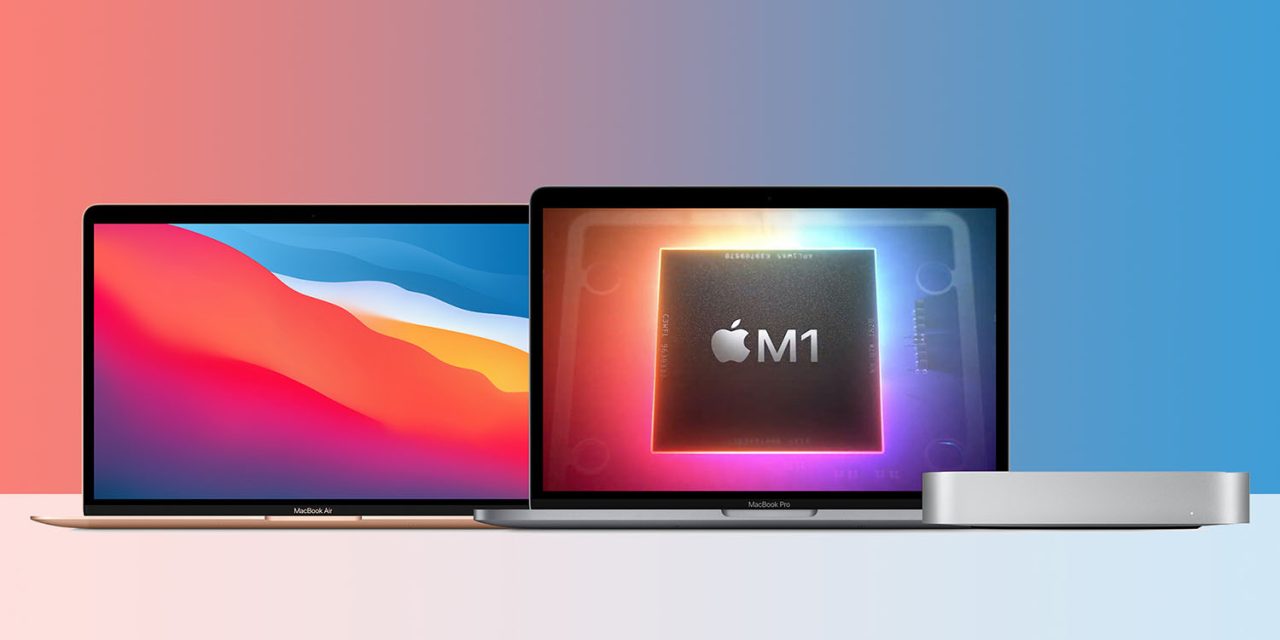 A detailed analysis by AnandTech says that Apple’s M1 chip can indeed credibly claim to be the fastest laptop CPU in the world. Apple made the claim during yesterday’s Mac event.

While the piece does level a couple of criticisms at Apple’s presentation, it says that a comparison of A-series and Intel chip trajectories tell a very clear story: Apple has long been on-track to overtake the PC chipmaker, and has now done so …

One criticism relates to what AnandTech says is Apple’s ‘random’ comparison points.

Apple’s comparison of random performance points is to be criticised, however the 10W measurement point where Apple claims 2.5x the performance does make some sense, as this is the nominal TDP of the chips used in the Intel-based MacBook Air. Again, it’s thanks to the power efficiency characteristics that Apple has been able to achieve in the mobile space that the M1 is promised to showcase such large gains – it certainly matches our A14 data.

In other words, we don’t know that the pretty curves Apple drew to compare the performance of M1 and Intel chips are accurate across the range, as the company chose isolated points which likely presented the best case – but even here the site does believe they are at least broadly representative.

Another is Apple’s failure to specify the comparator for its GPU claims.

Apple’s performance and power efficiency claims here are really lacking context as we have no idea what their comparison point is. I won’t try to theorise here as there’s just too many variables at play, and we don’t know enough details.

But these are relatively minor quibbles in an analysis which concludes that the facts are in Apple’s favor, even when comparing the less powerful A14 against Intel PC chips in a range of benchmark tests.

The performance numbers of the A14 [are] relatively mind-boggling. If I were to release this data with the label of the A14 hidden, one would guess that the data-points came from some other x86 SKU from either AMD or Intel. The fact that the A14 currently competes with the very best top-performance designs that the x86 vendors have on the market today is just an astonishing feat […]

Even in SPECfp which is even more dominated by memory heavy workloads, the A14 not only keeps up, but generally beats the Intel CPU design more often than not. AMD also wouldn’t be looking good if not for the recently released Zen3 design.

In the overall SPEC2006 chart, the A14 is performing absolutely fantastic, taking the lead in absolute performance only falling short of AMD’s recent Ryzen 5000 series.

The fact that Apple is able to achieve this in a total device power consumption of 5W including the SoC, DRAM, and regulators, versus +21W (1185G7) and 49W (5950X) package power figures, without DRAM or regulation, is absolutely mind-blowing.

While some have been critical of GeekBench scores as a means of comparing mobile and PC performance, the piece says such criticisms are not justified.

There’s been a lot of criticism about more common benchmark suites such as GeekBench, but frankly I’ve found these concerns or arguments to be quite unfounded. The only factual differences between workloads in SPEC and workloads in GB5 is that the latter has less outlier tests which are memory-heavy, meaning it’s more of a CPU benchmark whereas SPEC has more tendency towards CPU+DRAM.

The fact that Apple does well in both workloads is evidence that they have an extremely well-balanced microarchitecture, and that Apple Silicon will be able to scale up to “desktop workloads” in terms of performance without much issue.

It supports Apple’s claim to have overtaken Intel, even without the Mac-specific M1 chip.

Today marks an important moment in time for the industry as Apple’s A14 now clearly is able to showcase performance that’s beyond the best that Intel can offer. It’s been a performance trajectory that’s been steadily executing and progressing for years

Apple’s performance trajectory and unquestioned execution over these years is what has made Apple Silicon a reality today. Anybody looking at the absurdness of that graph will realise that there simply was no other choice but for Apple to ditch Intel and x86 in favour of their own in-house microarchitecture – staying par for the course would have meant stagnation and worse consumer products […]

We already saw the A14 performing outstandingly and outperforming the best that Intel has to offer. The new M1 should perform notably above that.

Apple’s claim for the M1 is, the piece concludes, entirely credible.

Apple claims the M1 to be the fastest CPU in the world. Given our data on the A14, beating all of Intel’s designs, and just falling short of AMD’s newest Zen3 chips – a higher clocked Firestorm above 3GHz, the 50% larger L2 cache, and an unleashed TDP, we can certainly believe Apple and the M1 to be able to achieve that claim.