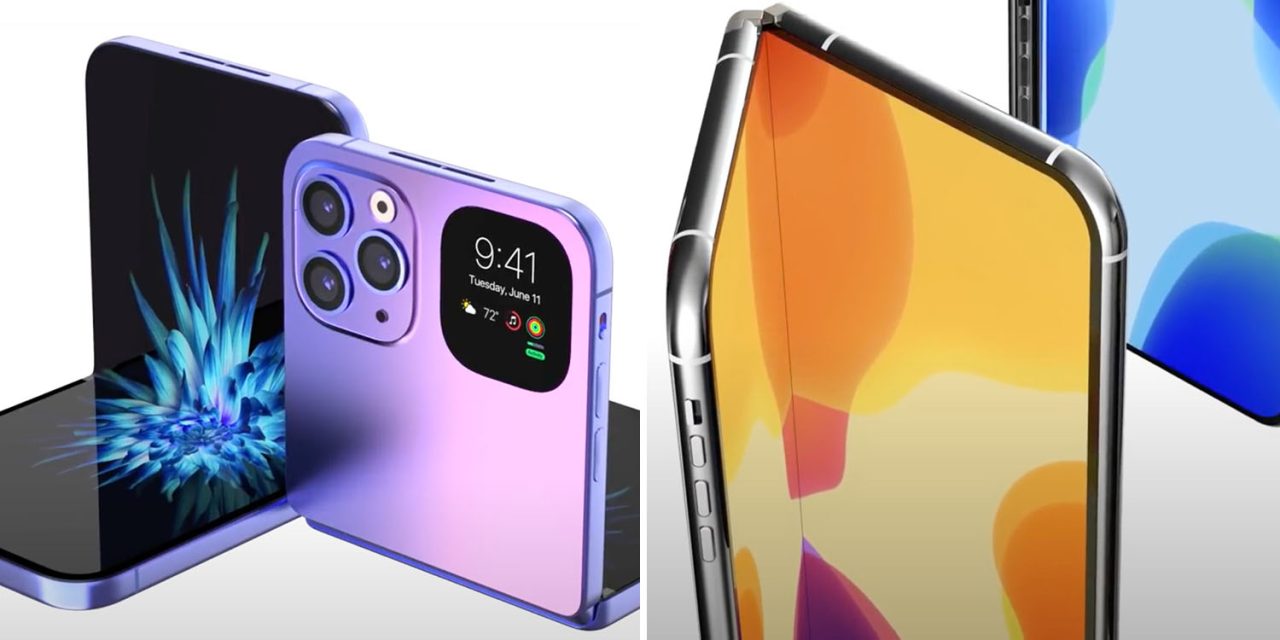 A Chinese report claims that Apple has had Foxconn and other suppliers make samples of folding iPhones, and that the devices could be launched as early as 2022.

Both Foxconn and Nippon Nippon have been asked to send samples so that Apple can see how they stand up to more than 100,000 fold operations …

The report is in today’s edition of Economic Daily.

Apple requires Taiwan’s supply chain to send samples for testing, including Hon Hai [Foxconn] and Nippon Nippon, which are both partners that Apple relies on for its first folding iPhone.

Apple is reportedly testing both the screen and the hinges – with the latter required to continue working for more than 100,000 operations.

According to the supply chain, Apple is currently testing key components such as the screen and hinges of the folding device in order to make the first folding iPhone available as soon as possible. Samsung will still provide the panel for the screen […] Assembly is expected to be handled by Foxconn […]

In the past, the number of folding tests for laptop hinges was about 20,000 to 30,000, and those with better specifications were up to 50,000. However, the test for mobile phones requires more than 100,000, and the specifications are more stringent. It is generally expected that the first foldable iPhone will use hinges [from] Taiwanese manufacturers such as Nippon Nippon, which has cooperated highly with Apple in the notebook business in the past […]

Nippon Nippon once pointed out that compared to laptop bearings, folded bearings need to withstand more bends, so reliability is very important. Whether it is material, yield, or design difficulty, they are much higher than laptop bearings. Also better.

Tougher requirements for a folding iPhone would make sense, as the device is likely to be unfolded and folded many more times per day than a MacBook.

The report suggests that Apple hasn’t yet decided whether the first folding iPhones will have OLED or microLED screens. Not to be confused with miniLED backlighting, microLED is a next-generation display technology, offering even greater levels of brightness, color saturation, and power efficiency. Apple is said to have gone as far as creating its own ‘secret manufacturing facility‘ for microLED screens, likely for three reasons.

Apple has long been reported to be working on a folding iPhone, with a number of patents for this type of device.

Early launches by competitors demonstrated the importance of ensuring that the technology is ready for real-life use. Samsung’s launch of the Galaxy Fold was a disaster; Microsoft’s Surface Duo failed during a launch demo, and the Motorola Razr died during robot testing of the fold. It would be no surprise, then, to find that Apple is being extremely thorough in testing possible designs.

We’ve seen a number of concept images for a folding iPhone, with two main schools of thought. The first is a conventional-sized iPhone which folds out into a more iPad-like size device. The other is a modern take on the flip phone, where a standard-sized iPhone (if such a phrase has meaning any more) folds down to a super-compact form factor. Both the above concept images are from EverythingApplePro.

One Apple patent described an approach involving two completely separate screens, while another describes a single folding display with self-healing properties to automatically repair the kind of damage seen in Samsung’s attempt.