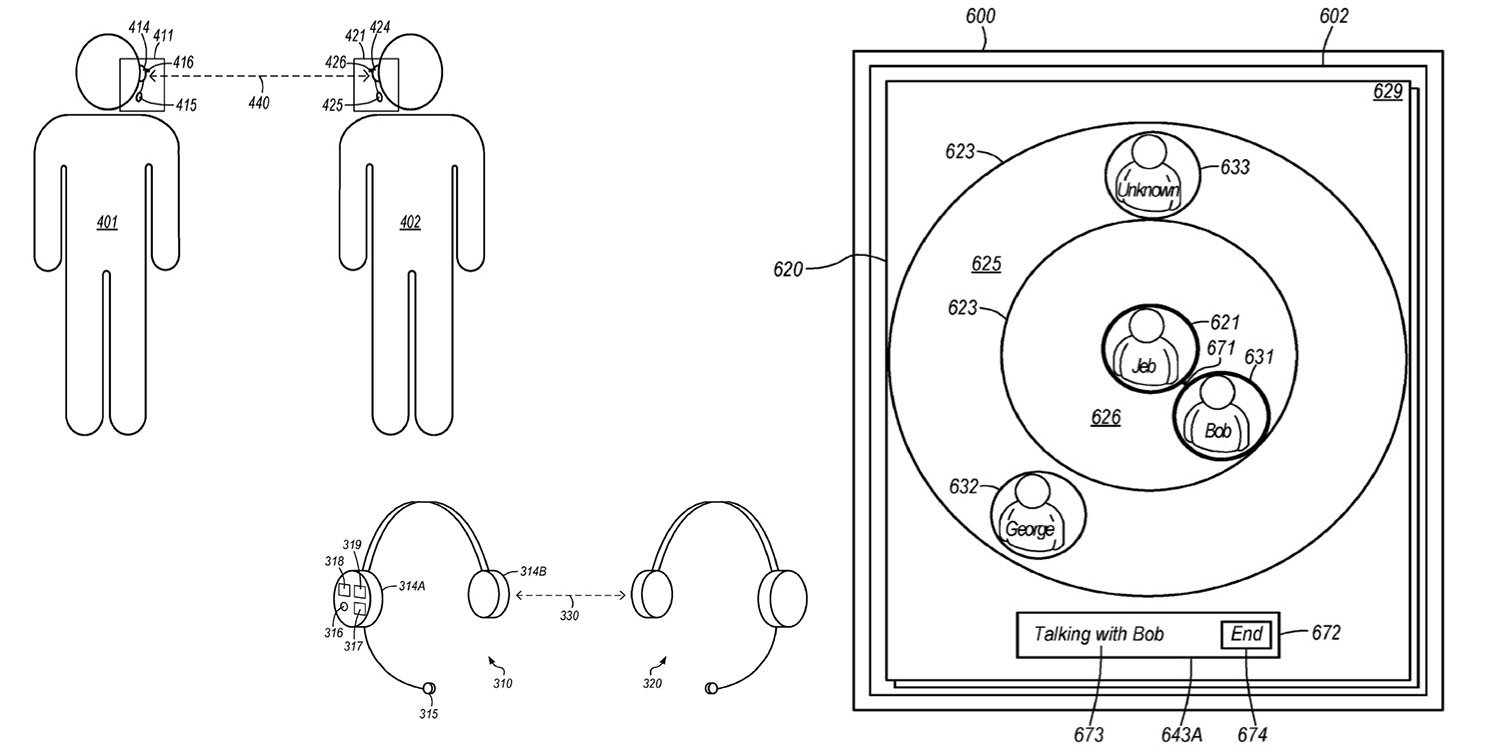 We always caution that you can never tell which Apple patents will actually make it into products, but a patent for an Apple headphone intercom feature has to be a good bet.

Apple first debuted an intercom feature — albeit branded as walkie-talkie — on the Apple Watch. A couple of years later, it brought a more advanced version of the same idea to HomePod. And now an Apple patent application describes how the company might bring another more advanced form of intercom functionality to headphones…

The US Patent & Trademark Office published a patent application from Apple that relates to a wireless communication device establishing voice communication between a supported user and a selected remote device supporting another user via a point-to-point wireless ad hoc network link.

While in one part the patent covers Apple’s Walkie-Talkie feature, another feature highlighted in this report relates to Apple’s future over-ear headphones being able to quickly establish voice communications with another headphone set nearby, so that a couple could communicate about a show they’re watching without having to stop the content.

Apple suggests the feature could be particularly useful in a noisy environment — and especially at a time when social distancing is encouraged.

In some cases, unhindered freedom of movement of one or both users may be desirable. For example, the users may desire to maintain a minimum distance between each other for cultural reasons, lack of familiarity with each other, a desire to avoid impinging upon each other’s personal space, a desire to minimize contact with bodily odors and discharges of other individuals, some combination thereof, etc.

It is, though, odd to see Apple justify the feature by effectively implying that using an iPhone to make a phone call is somehow a convoluted process!

Furthermore, configurations of many communication devices can complicate, if not outright hinder, close-proximity audio communications between users, as time requirements involved in establishing audio communication with particular users can have a pronounced effect when users are in close proximity.

I mean, OK, it does go on to argue that sometimes it can take longer to connect the call than say what you want to say, but it amused me.

Apple illustrates the patent with drawings of over-the-ear headphones, which is what we’re expecting from an anticipated AirPods Studio product, but the company always uses very generic illustrations, so nothing should be read into that. If Apple does launch the feature, it will likely do so with in-ear AirPods, too.

Apple also shows an AirDrop-style UI to select the person or people with whom you want to talk.